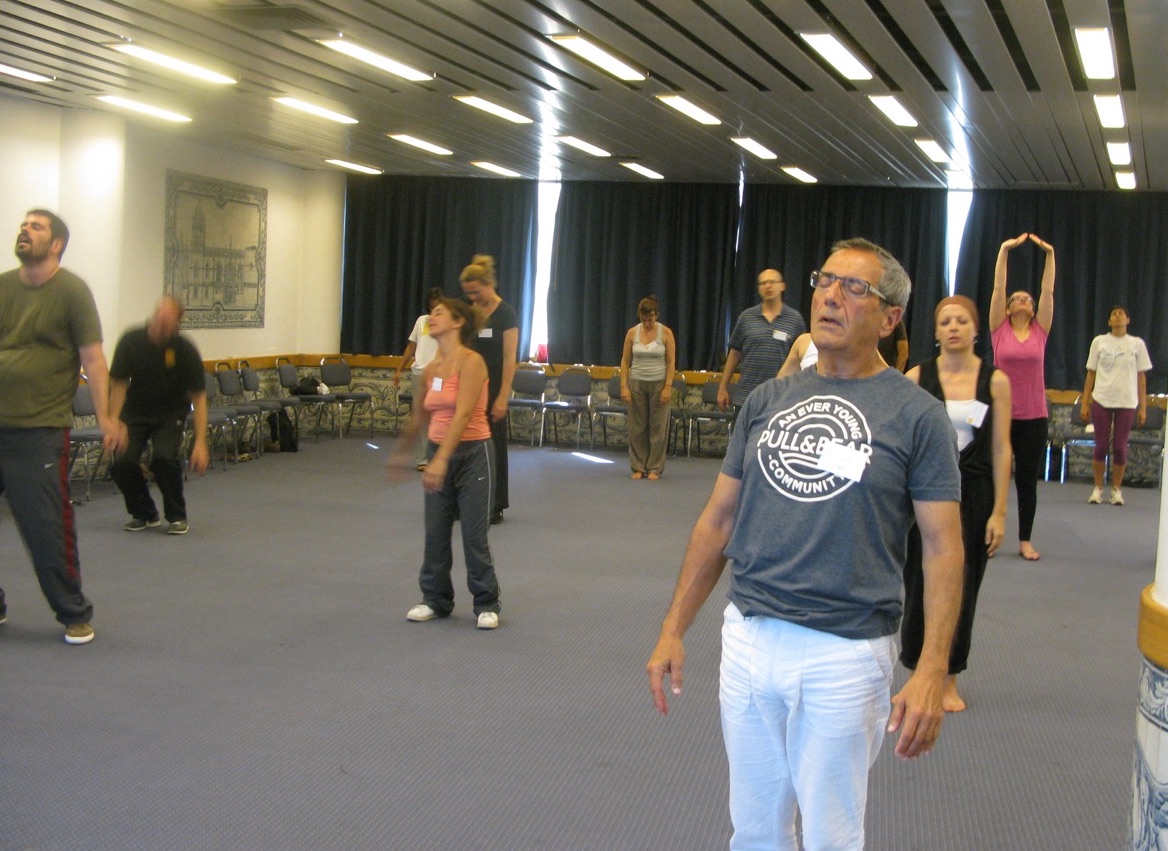 What is the difference between cleansing, building and nourishing?

In cleansing, chi flow clears away impurities of a practitioner, resulting in him recovering from pain and illness, or makes him healthier and more lively. It is the first stage of chi kung training. It is also the most usual function of chi flow.

In building, chi flow strengthens a practitioner quantitatively, making him stronger and having more vitality. It is the second stage of chi kung training. This is the main function of internal force training.

In nourishing, chi flow strengthens a practitioner qualitatively, giving him longevity, mental clarity and spiritual joys. It is the third stage of chi kung training. This is the main function of longevity cultivation. It enables a person at an old age to be still healthy and full of vitality.

If a person is sick, he should focus on cleansing. Building more energy may be harmful to a sick person. For example, if a person's heart is weak, injecting stimulant to make his heart work harder may kill him.

A person's meridians should be quite clear when he builds his energy. Adding more energy when it is blocked could harm him, or make him angry or depressed. Some martial artists are victims of this situation, often without their knowing.

A person should be healthy and fit before emphasising on nourishing. Nourishing without cleansing and building may result in being weak and sick at old age.

How does one directs his chi to cleanse, build or nourish? Normally he does not have to do anything special. The chi flow generated by his chi kung practice will cleanse, build and nourish in that order of emphasis. This is the concept of "wu-wei", which is often described as not doing anything and everything will be done for you. What is not explained is the other half of the secret, the concept of "you-wei", which is doing the right thing first, then followed by "wu-wei".

However, if a practitioner is knowledgeable, he can choose certain exercises that have special emphasis on cleansing, building or nourishing. For example, Self-Manifested Chi Movement and Five-Animal Play emphasize cleansing, stance training and Eighteen-Lohan Art emphasize building, and Cosmic Shower and Cosmic Breathing emphasise nourishing.

If a practitioner is skillful, he can use his mind to direct his chi flow to cleanse, build or nourish. Nevertheless, unless the practitioner has good reasons to do otherwise, employing the concept of "wu-wei", after having performed "you-wei", is safer and usually more effective.

My work involves much traveling. During the long traveling in my car, I think of things in my past which make me unhappy. How do I overcome this problem?

Here are three solutions. Choose the one you think is the best.

Firstly, don't think of your problem. Clear you mind of all thoughts and enjoy the scenery.

Secondly, don't think of things in the past that make you unhappy. Think of what you are going to do after your travel to make your wife and your children happy.

Thirdly, make your problem, i.e. unhappy thoughts of your past, into an opportunity for improvement. Suppose that in the past you wanted to study law, but for some reasons you couldn't realize your ambition. Think of how lucky you now are being a salesman instead of a lawyer. Instead of attending court you now can enjoy the passing scenery. Instead of worrying over how to present your case the next day, now you can enjoy the evening with your family.

Or be happy with the thought, as well as the subsequent action, that now you can realize your ambition to study law when you couldn't in the past. One probably reason you didn't study law was due to lack of money. Another probably reason was because of your parents' objection. Now you have the money, and are free from your parents' objection. Make up your mind to resign from your salesman's job, study law and become a lawyer. 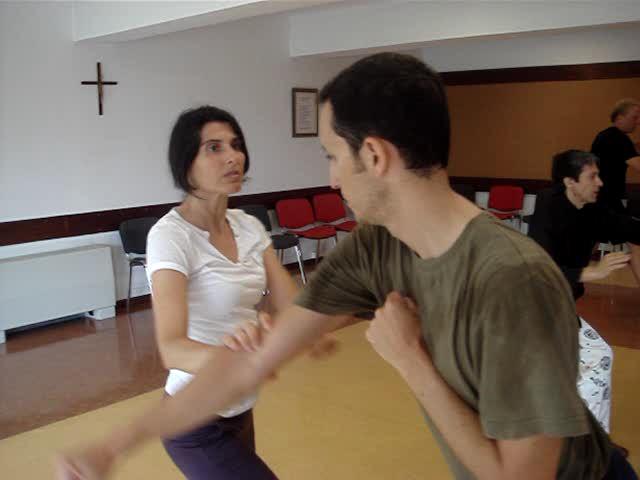 Essentially the trick he taught is this: If you can trap and tame an opponent and control their center of mass while also striking, and perhaps kicking simultaneously it is like giving your opponent the sensory illusion that he is fighting 2 or 3 opponents at once. Not only the opponent has to contend with being off balanced but he also has to contend with incoming direct attacks as well.

An effective counter against this illusion is to let you chi gently sink into your dan tian, and simultaneously shift your stance over to your back leg, without moving your legs. This body-movement, or shen-fa, is called "swallow" or "tun" in Chinese.

This body-movement gives you better focus and at the same time moves your target away from his attack, irrespective of whether it is single or multiple or an illusion of attack from a few persons.

This concept is frequently used in Taijiquan. After swallowing, a Taijiquan exponent shoots out to counter-attack.


Editorial Note: David's other questions can be read in the previous issue, July 2015 Part 1

So in short I am curious, Sigung, if this is a concept and skill I should incorporate in my kung fu toolbox permanently? If so can Sigung give me advice on how to enhance it or "Wahnamize" it and make it better?

You don't have to "Wahnamize" the concept and application. Just take it and use it as it is. Later, when you are fluent with the concept and the application, you may modify it to suit your combat situation. This is in line with the principle "seen hook kai seong, hou ying kai ping" which is "first learn the standard, then modify according to changes".

It is important to remember that if we have to "Wahnamize" a concept or an application, it is not because we want to claim it as our own, but because the modification minimizes its weakness and improves its effectiveness.

We have to acknowledge and be grateful to the source for the new concept or application. For example, many of the take-downs and pin-downs we now practice were first taught by your sipak, Kai, at a Special Advanced Combined Course in Sungai Petani in 2005. They were new to me initially, but later I discovered that these wrestling techniques were actually found in Shaolin Kungfu. But before Kai taught them at the course, I only knew the Shaolin patterns but not their applications. Kai's demonstration gave me an inspiration to discover their applications.

I had to make some modifications to these wrestling techniques because an exponent using them would be exposed. The exposure was alright in wrestling protected by safety rules, but they could pose serious problems in Shaolin Kungfu where fighting was free. 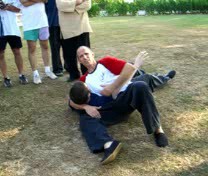 I would like to mention that I have had what could only be described as an experience with Tiger Force. It was a Tiger Spirit chi flow, I was moving through various tiger patterns with such ferocity. My stance was immovable yet flowing, Tiger Force surged through me and I felt courageous, focused, and agile.

It is important to note that "tiger spirit chi flow" here means chi flow that resembled the movements of a tiger. It does not mean that a spirit entered you and made your movements like those of a tiger.

While your use of the term "tiger force" is apt, and the term is sometimes used in Shaolin terminology, we usually call "tiger force" just internal force.

My Daan and Seong Fu Jow techniques were manifesting with flowing stances and six harmonies. After this I went into what seemed to be Double Stability of Golden Bridge Flow Mode, and I felt like I was expanding and contracting. Finally when I closed the session I was left with an impression of actually being a Human-Tiger! It was very surreal.

Congratulations for the remarkable experience. It is due to your dedicated training.

But it is very important that you are in full control. In this case, you were in full control of your force and movement, as well as intention. Your single and double tiger-claws manifested in flowing force, you moved into Double Stability Golden Bridge, and you had an impression of being a human-tiger because you allowed all these to happen spontaneously.

For the sake of discussion though in reality it might not be recommended, if you intended to change your tiger-claws into open palms to be manifested in consolidated force, move into a Single-Leg Stance with your hands spread out, and felt yourself to be a flying crane, you should be able to do so.

It is like in chi kung. You may roll on the ground and make noise like a monkey because you allow these actions to happen. If, for some reason like you do not want to disturb others in a park where you have your practice, you can remain swaying while standing up and not making any loud noise. You should have full control over your force, movement and intention. 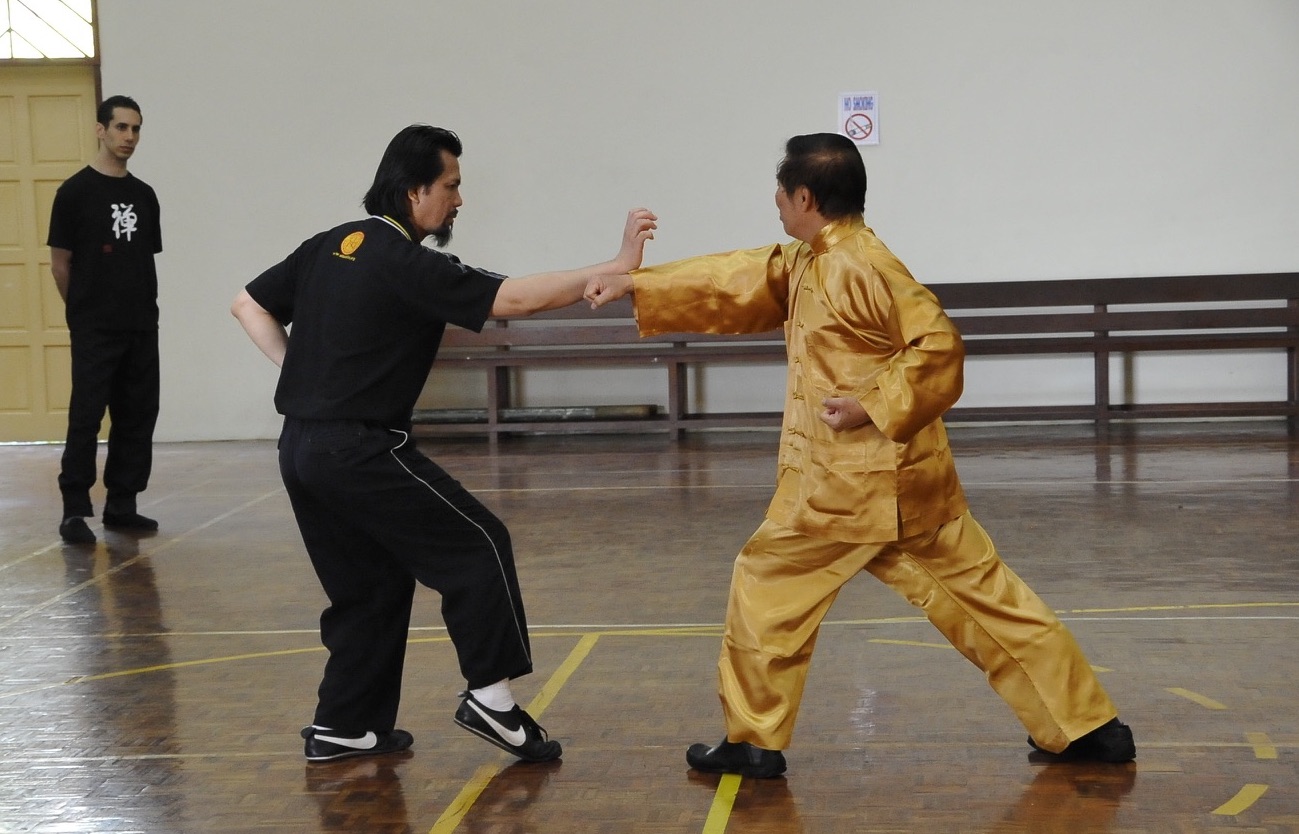 So my question to you Sigung is whether there is such a thing as Tiger Force. Does it have any relation to Dragon Force, does every animal have a Force associated with it?

Yes, there is tiger force, and the Chinese term is "hu jing", which means "internal force of a tiger". However, the term is not commonly used.

Tiger force is ferocious, whereas dragon force is flowing. Dragon force, though it looks softer, is generally more powerful than tiger-force. A high-level master can change from tiger-force to dragon force or any other type of force, and vice versa. Lesser masters would not be able to do so.

Whether a practitioner develops his force into tiger force, dragon force or any other kinds of force depends on the methods of his training as well as the way he applies it. If he uses methods like jabbing beans, gripping jars, Fierce Tiger Cleanses Claws, he develops tiger force. If he uses methods like Cloud Hands, Swimming Dragon and Dragon Manifests Majesty, he develops dragon force.

Most importantly, can you give me advice about how I can use this "Tiger Force" to better my life and my kung fu?

Tiger force is well-known for its ferocity and courage, and is most useful for business, leadership and positions of authority. These qualities should also be applied in our ordinary daily life.

In a positive way, ferocity is assertiveness. When you talk to your friends or colleague, for example, when the situations warrant it, you should be assertive, and the courage of the tiger-force will enable you to do so.

Assertiveness and courage should be tampered with wisdom and good judgment. We must also know the limits when we should be assertive and courageous, not allowing these qualities to become bullheadedness and bravado.

In kungfu the tiger force is excellent for chin-na and pressing attack. It is particularly useful where techniques of the tiger-claw are frequently used, like in the Taming Tiger Set of Hoong Ka Kungfu.

It was probably that your training of the Taming Tiger Set developed your tiger force. This tiger-force will in return enhance your application of the set.

A common problem with some of our students is that they are not ferocious in their attack. They lack an element of threat. This lack is caused by a lack of courage. Tiger-force overcomes this common weakness and enhances not just the application of the tiger-claw but any style of kungfu you may use.

But again, we must guard against ferocity and courage turning into bullheadedness and bravado. These qualities should be tampered with wisdom and good judgment.. The mental clarity you derive from your training will contribute to good judgment and wisdom -- in combat and in daily life.