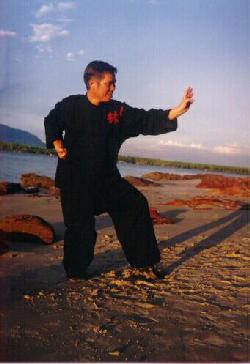 What non-Shaolin martial art Sifu would like to learn?

Having learned genuine Shaolin Kungfu and having enjoyed its wonderful benefits, honestly I do not want to learn any other martial arts. Many other martial arts are actually detrimental to health, vitality and longevity, and it is no compliment that their practitioners do not realize it.

While we do not glamorize fighting, I was able to beat masters, world champions and professional fighters of many other martial arts. Many of them have learned from me, and they have exclaimed amazement of our arts. Given this real situation, why should I learn any other martial arts? It would be very silly of me to do so. I have often said that genuine Shaolin Kungfu, which is rare today, is the best and greatest martial art not because I practice it but because it is actually the best and greatest.

For a theoretical discussion, which is not true in real life, if I had to choose another martial art besides Shaolin, I would choose Taijiquan. Both Shaolin Kungfu and Taijiquan originated from spiritual cultivation of the highest level. No other martial arts can have this claim.

If I had to choose a non-kungfu martial art, I would choose Jujitsu. But there is still a very, very big gap between Jujitsu on one hand and Shaolin Kungfu and Taijiquan on the other.

I watch Sigung performing the Eighteen Lohan Fist in slow motion, frame by frame. It's so impressive to watch Sigung while executing the patterns, which are so powerful, but at the same time Sigung is relaxed and agile.

I have noticed that, if I am not wrong, the essence is footwork and hip rotation, every pattern in some way and a final product is a smooth wave movement.

The Eighteen Lohan Set, though an advanced art, is excellent for training this foundation. The early Lohan Set about 1500 years ago, from which Shaolin Kungfu developed, was simple. But the Eighteen Lohan Set we have in our school is sophisticated as it included many advanced techniques in its development. 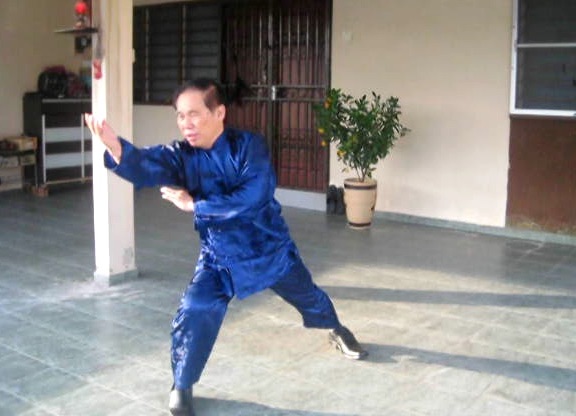 If I am not wrong, the same principle is used in many other styles, like Cloud Hands for instance. Is it the same movement?

Yes, the waist rotation in our Eighteen Lohan Set is similar to other patterns in other styles. This is expressed by the saying, "One mile through, hundred miles clear".

In Cloud Hands of Taijiquan, there is more waist rotation. There is not much waist rotation in many of the Shaolin styles practiced today. In many Shaolin techniques, force comes from the shoulders, not the waist. But after teaching Taijiquan, waist rotation has influenced much of my Shaolin Kungfu, enriching it.

Soon "stone becomes gold". Lohan Strikes Drum and Lohan Strikes Gong, and Lohan Strikes Bell are very similar, and by catching the essence it is easy to perform them with power and speed. My level is low, but I manage sometimes to execute the patterns with accuracy and then the sound of cutting the air appears. Is it a good sign?

At the beginning I wanted to learn about 5 patterns each day, but yesterday I crossed 80 and it seemed like it was getting easier to learn more. Could Sigung give me any advice?

It is natural that as you progress in your daily practice, your rate as well as level of progress will increase. For example, initially you might practice about 5 patterns a day. But after some time, not only you learn 20 patterns faster, you also perform them better.

You must, however, ensure that when you learn anything at its initial stage, you learn it correctly. Many students repeat and condition their mistakes. After learning for many years, they make the same mistakes and remain at the same initial level.

The sound of your movement cutting the air, which is known as "fist wind" or "palm wind" in kungfu terminology, is a remarkable attainment. Not many people can do this. It shows you have executed the patterns accurately and with force, but you are not tensed. 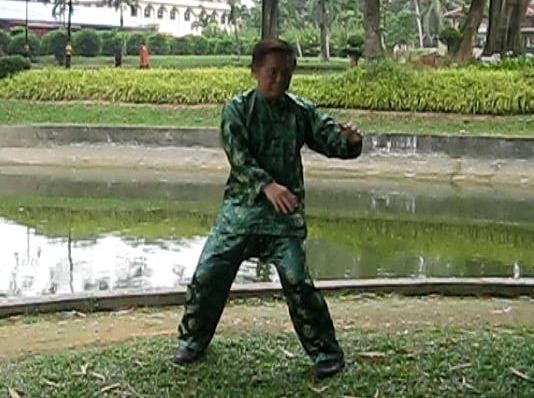 My level is low compared with Sigung. I know that I don't deserve to be part of that course. Like Sipak Kai have said, courses with Sigung are meant for masters, not fresh beginners. I really hope I will not disappoint Sigung. I will do my best not to be thrown out of the class. Dear Sigung, please have mercy on me.

If you compare yourself with me or our masters in our school, you are still at a low level. But if you compare with most other students who have trained about the same length of time as you have, or even compared with some "masters", you are advanced.

Not many students, and even some "masters", perform their stances correctly, with the result that they have developed knee injuries and back pain often without their realization that it is due to their wrong stances. Not many of them move smoothly and fast, or use waist rotation to minimize their opponents' force.

It is also well known, or notorious, that even some masters, real ones, do not have internal force or able to use their kungfu for combat.

Nevertheless, we must not be vain. We must be modest in our learning, and let our arts enrich our daily life.

How can I know the difference between a genuine spiritual glimpse or experience and a psychotic episode? I am almost sure that the answer is that you just know it. But I am not 100% sure so I am asking you for guidance.

You are right. You just know it.

A genuine spiritual glimpse happens to normal people in extra-normal situations, whereas a psychotic person experiences abnormal events all the time. 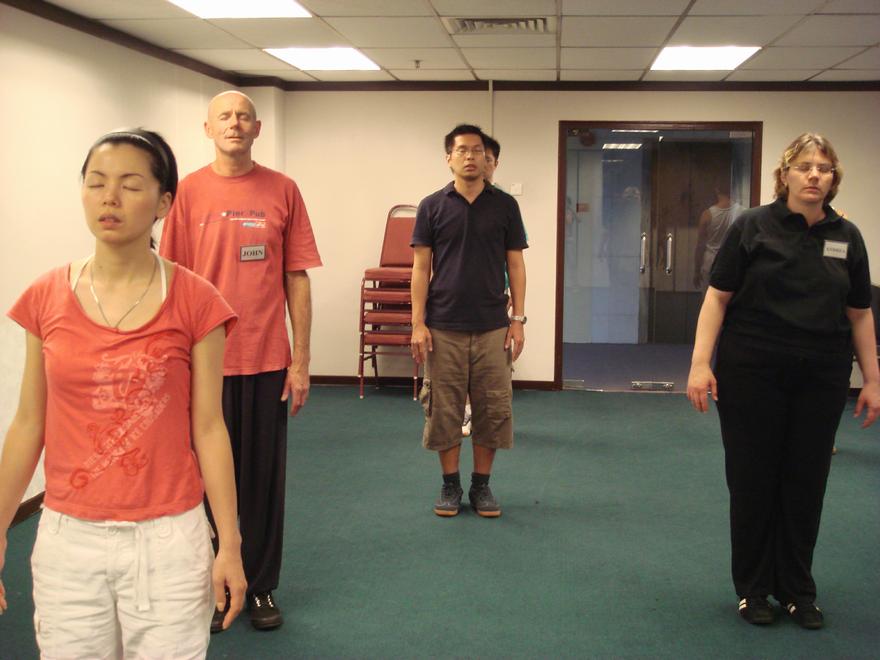 Enlightenment refers to a perfect and permanent merging with Cosmic Reality, called variously as God, the Buddha and other glorified terms. Students at an intensive course had a glimpse of Cosmic Reality, but they returned to our phenomenal world after the life-changing experience.

Is it true that every person has a specific path to enlightenment that has been set when he or she enters this world and how can one know which path to follow?

Whether any person has a specific path to enlightenment and how he knows which path to follow depends much on his views on destiny.

There are two main views. Some people believe that everything is predestined, others believe in free choice.

Personally, I believe in free choice, though in a wider perspective many things are predestined. For example, while a person can choose freely, he is predestined to be born an Asian, and not a European or an American.

Nevertheless, if he persists enough, he may break out from his so-call predestination. An Asian may, for example, live in Europe and adopts the life style of an European.

Can one pick any path and follow it to reach the highest goal?

He can, but it is not a wise thing to do. Many paths, spiritual or otherwise, are deviated, and he may reach harm for himself and others instead of reaching his highest goals.

It is wise to examine whether the path he has chosen is noble and righteous. He will save a lot of time if he also chooses a teacher who is willing to teach him or show him the way.

He also needs to examine what are his highest goals, and whether they are appropriate for him at his given time and situation. He must also ensure that his goals are noble and righteous.

For example, for a young man of 20 studying in a university, his immediate goal is to pass his examinations well, although his highest goal eventually may be to reach Enlightenment. If he spends his time intellectualizing and indulging on Enlightenment, the Buddha or God or any term he calls the Supreme will not approve of his actions.