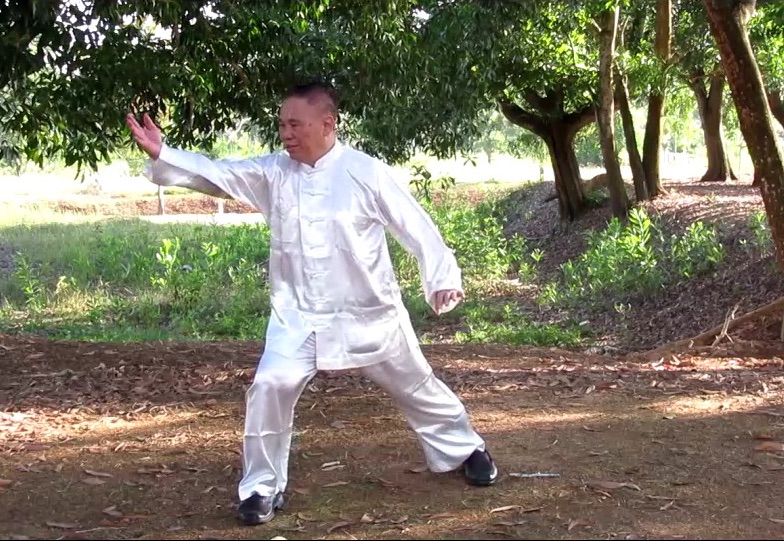 Your use of analogies is very effective. Can you please tell a bit more of this?

Using analogies is a very useful way to explain a less known process or event clearly. There are a few guidelines for their effective uses.

Are these correct statements?

The art of Iron Palm develops the skills of consolidating force. It often does this through external training methods which consolidate force more permanently into the physical structure. One danger with this is that the skill of flowing force is not practiced and may even be diminished, which would lead to harmful effects, which could include physical deformity.

The art of Cotton Palm develops the skills of flowing force and fa-jing, i.e. having a continuous flow and being able to express "bursts" of energy. The effect of this training also has beneficial effects as it is based on the skill of maintaining/enhancing flowing force.

Your statements are correct. But I would add the following comments.

Iron Palm is considered an external art. But over a long time and trained correctly, it can become internal. The story of the great Iron Palm master, Gu Rui Zhang, is well-known. He gave a gentle tap on a pile of about 12 bricks, and all broke. The night before, someone thought the bricks were fake, so he changed all the bricks. But all the same Gu Ru Zhang broke the bricks.

A Cosmos Palm practitioner can choose to let his force to be flowing or consolidated when striking opponents. He only consolidates his force when he strikes. At other time, his force is flowing.

The force of a Cotton Palm practitioner is flowing powerfully when he strikes. He does not need to consolidate it. 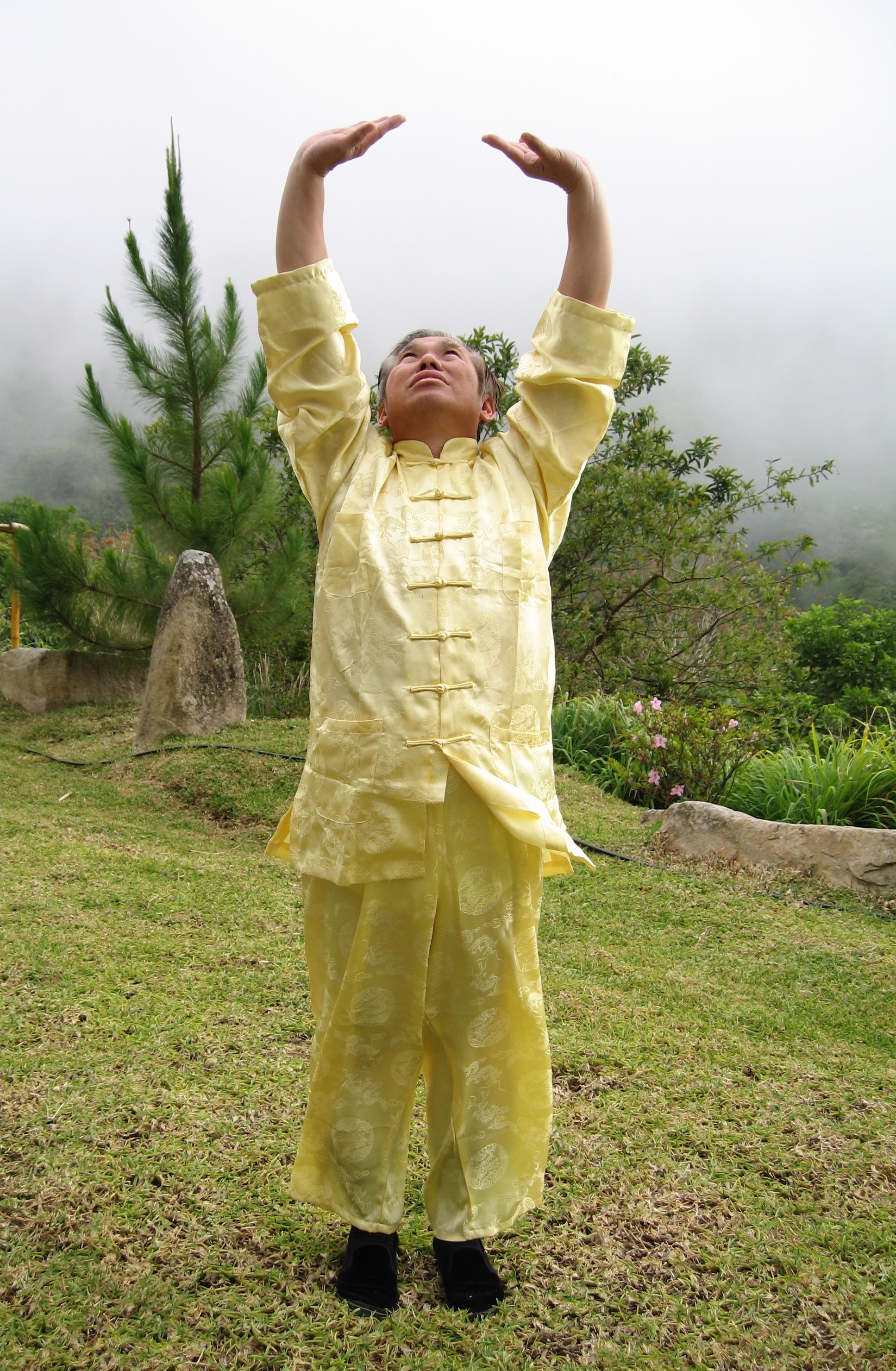 Learning chi kung from a genuine teacher; if you learn from books or videos you only learn the outward form

I haven't yet attended a course because as per your website, there are no instructors in my city or even country and I am not in a position to undertake international travel at this point.

Is there any other way to learn e.g. from DVD or online?

It is helpful to differentiate two different types of learning -- learning knowledge and learning skills.

It is possible, in fact recommended, to learn knowledge from books, videos and online. Many university students go to libraries to read about the subjects of their study.

Those who have basic skills of chi kung, or any art, can learn from books, videos or online. Indeed, students in Shaolin Wahnam learn kungfu sets as well as combat applications from the videos I post on my website. This is making good use of modern technology, a facility not available in the past. 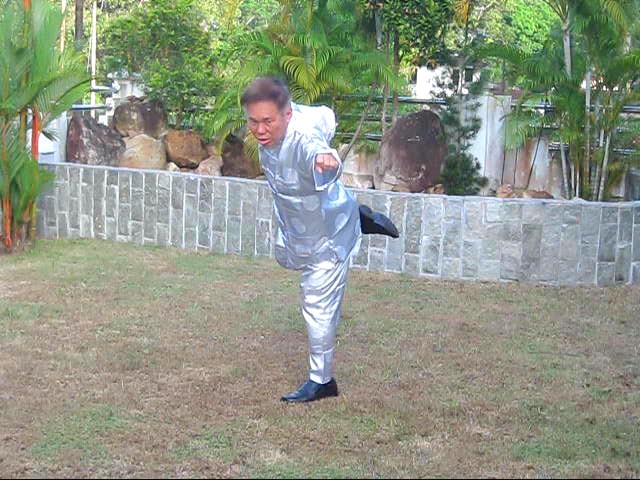 I would like to ask about ''Beggar Su'' (Su Hat Yee) and his famous ''Drunken Boxing''. Was his drunken boxing a complete style in its own right? If so, did he inherit this style from a master or did he invent it himself?

The Drunken Kungfu of Begger Su, or Su Hat Yee in Chinese (Cantonese) is a complete style in its own right. If one learned Drunken Kungfu from Beggar Su, it was not necessary for him to practice any other martial arts.

Was Beggar Su a master of Hung Gar (Southern Shaolin), and then the drunken boxing was only a subset or individual form of his overall Hung Gar syllabus? If so, again, did he invent this form or was it passed onto him from another master?

I believe Beggar Su did not consciously invent his Drunken Kungfu. He liked to drink liquor, which I call Chinese wine, which could be very strong. When he was drunk, or appeared to be drunk, he performed his kungfu, usually in real fighting against other people. Eventually, when he was sober he also performed his kungfu, usually on his own, in a drunken way. Hence, his Hoong Ka Kungfu became Drunken Kungfu.

If we were to use a modern mathematical term, we can say that his Drunken Kungfu was a subset or individual form of his overall Hoong Ka syllabus. But I can imagine it was a very big subset, as big as the set itself, or even bigger than the set because in his fighting he could have incorporated some useful techniques which he did not originally learned from his sifu.

We have a parallel event in our school. I did not learn chi flow, nor was it passed down onto me from another master. Chi flow, which is a hallmark of our school, evolved itself. 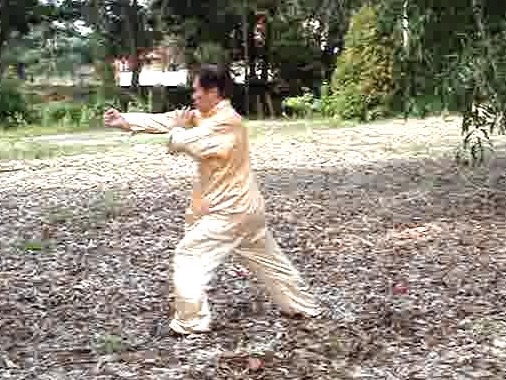 Instead of iron rings, many Iron Wire practitioners wear copper rings. Iron may rust, and it may be harmful to humans. But copper is beneficial. When I practiced Iron Wire in my early years, I wore rings made of stainless steel. Stainless steel didn't rust, though I am not sure whether it was as beneficial as copper.

If we train Iron Wire properly wearing rings, irrespectively of whether they are made of iron, copper or stainless steel, it will add to the power. As a rough guide, training with rings in five minutes is like training without rings in ten minutes. When the rings show signs of damage, like starting to rust, we should change them.

On the other hand, training Iron Wire wrongly, irrespective of whether we wear rings, is harmful. It is easy to train Iron Wire wrongly. When I started training Iron Wire, I trained wrongly. At that time I did not use rings. I used isometric exercise instead of internal force. Luckily I had chi flow, which erased, or at lease minimized the harmful side effects. Later I corrected my mistake and used internal force.

In our own Shaolin Wahnam lineage, were there any exercises or sets that Sigung Ho Fatt Nam or Sigung Lai Chin Wah required their students to practise while wearing iron rings?

No, there are no exercise or sets in Sifu Ho Fatt Nam's lineage or Sifu Lai Chin Wah's lineage that required students wearing rings.

I did not learn Iron Wire from my two sifus, though I consulted Sifu Ho Fatt Nam on Iron Wire. My learning of Iron Wire was mainly from Sifu Lam Sai Weng's book.

For you and other students of Shaolin Wahnam, there is no need to wear rings of any metal when practicing the Iron Wire set. It is because we are very effective in developing internal force. In fact, we should guard against over-training, instead of attempting to add power to our internal force.