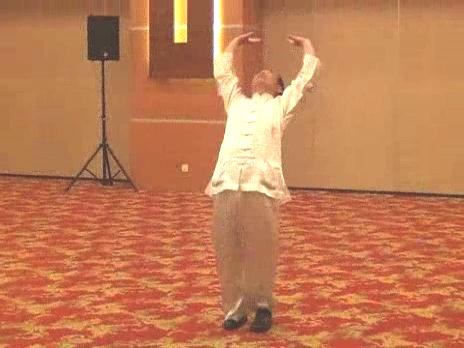 How does "Carrying the Moon" make me youthful? How long should I practice it before I become youthful?

The physical movement of "Carrying the Moon" requires the bending of the body, thus making the spine subtle. A subtle spine contributes to youthfulness. No one likes a woman who is rigid.

The energy flow of "Carrying the Moon" spreads energy throughout the body, making the person glow. The glowing complexion makes the practitioner youthful. No one likes a woman who is pale.

Bending forward in "Carrying the Moon" enables energy to flow to the head, making hair grow better. A head full of lovely hair contributes to youthfulness. No one likes a woman who is bald.

The bending of "Carrying the Moon" generates energy flow along the spine. This enables the practitioner to be agile and fresh, thus contributing to youthfulness. No one likes a woman who is depressed and dull.

How does chi flow overcome illness?

In traditional Chinese medical philosophy, the philosophy that has maintained the health of the biggest population of the world for the longest period of known history, all illness is caused by energy blockage.

Although those who are used to Western medical philosophy may find it odd, just as those not used to science may find it odd to say that all things in the world from a tadpole to a mountain are composed of atoms, this concept that all illness is due to energy blockage is actually found in Western terminology though not openly mentioned.

When a person suffers a viral infection, for example, it is expressed in traditional Chinese medical philosophy as an energy blockage. If his energy is flowing harmoniously, expressed as his blood system is functioning well, the viruses that attack him will be cleared without his conscious knowing.

When a person suffers from kidney stones, it is expressed in traditional Chinese medical philosophy as an energy blockage. His kidneys or whatever glands in his body are not producing the right enzymes to dissolve the kidney stones, which his kidneys or glands will naturally do if his energy flow is harmonious.

When a person suffers from emotional disorders, like depression or anxiety, it is expressed in traditional Chinese medical philosophy as an energy blockage. If his energy flow is harmonious, it will flush out the negative emotions with the result that he will not have any emotional disorders.

Chi flow overcomes energy blockage. When the energy blockage is cleared, enabling chi or energy to flow harmoniously, the person will recover from his illness. Good health is natural. In other words, if all his glands, organs and systems are working the way they are meant to work, he will be healthy. Practicing chi kung is an excellent way to generate chi flow. 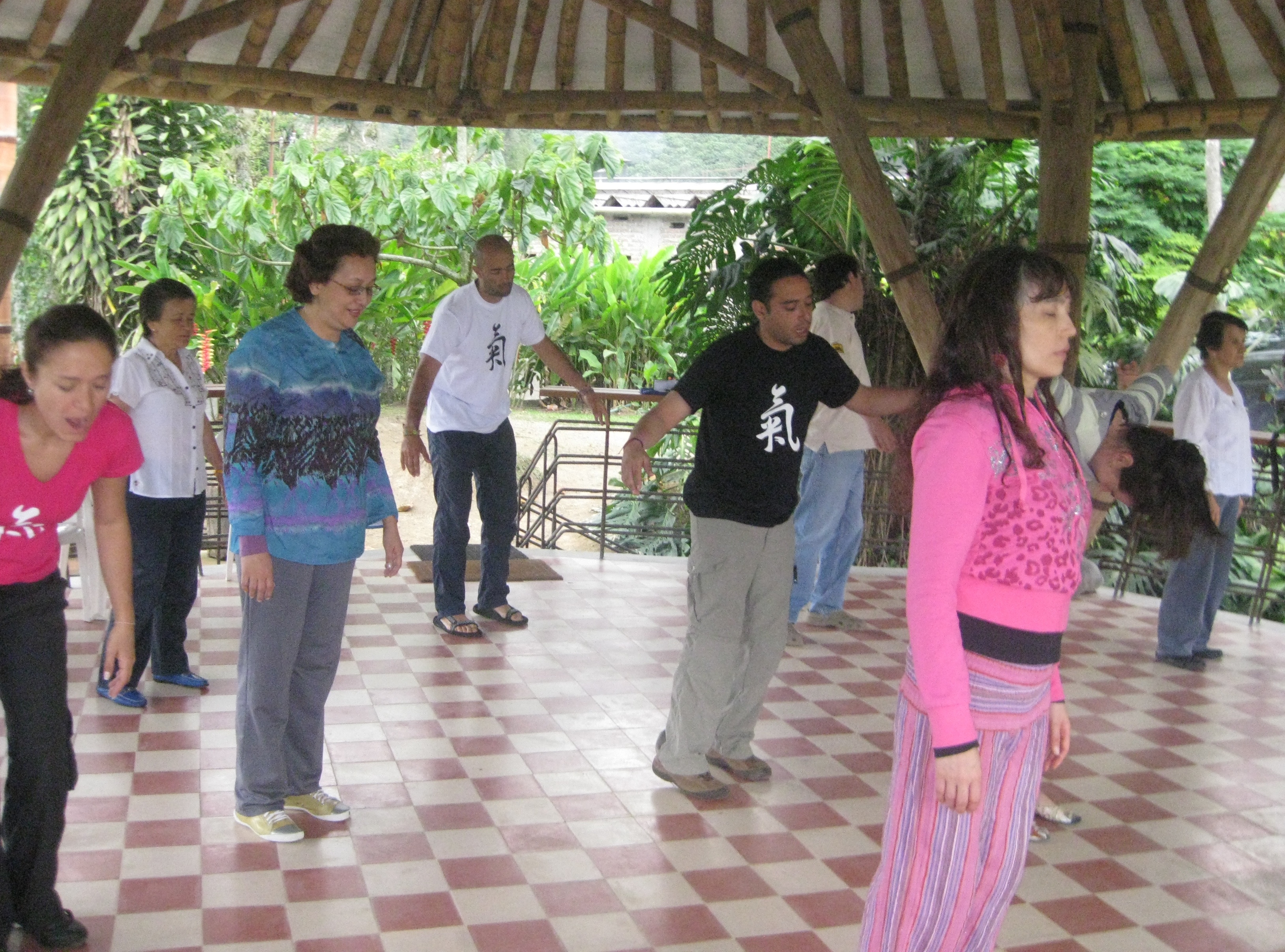 Chi flow can overcome any illness!

Is it important to know which techniques for which illness?

The answer depends much on what we mean by "important".

Ultimately, it is not necessary to know the cause or the site of illness as long as there is chi flow, because all illness is caused by energy blockage and chi flow clears energy blockage. This may sound odd to those used to the Western medical paradigm, where a particular treatment is applied to a particular illness. If the illness is different, the treatment will also be different.

Chi flow is the essence of chi kung. If there is no chi flow, the practice cannot be called chi kung. Many chi kung practitioners may not know this fact. Also the chi flow in some types of chi kung may not be strong enough to break through energy blockage.

If our aim is just for health and not for fighting, why do we practice kungfu instead of just chi kung?

Your question reminds me of my oldest student, Robert Trout. He asked me why I was so healthy? I told him that I practiced chi kung. "I also practice chi kung," he said, "but why I am not as healthy as you?"

His question really set me thinking. I replied, "I also practice kungfu." Two years later, Robert, who was 87 years old then, traveled half the globe to learn kungfu from me. I remember I taught him to stand on one leg which he did quite well.

Having good health is the climax of chi kung, but it is only the starting point of kungfu. A chi kung teacher will consider he has accomplished his aim when his students are healthy. A kungfu teacher ensures his students are healthy first before they start kungfu. This difference in the levels of health explains why one practices kungfu instead of chi kung even when he leaves aside the issue of combat efficiency.

To have radiant health, one must practice kungfu as a martial art. This, unfortunately, is not the case of kungfu training today. Kungfu training today may be classified into two broad categories -- those who only practice kungfu forms, and those who include free sparring using other martial techniques like Boxing and Taekwondo in their training. If they just practice kungfu forms, or include free sparring using other martial techniques, they may not attain radiant health. Why?

It is practicing kungfu as a martial art that gives radiant health, even when a practitioner may not be interested in fighting. In combat sequence training, for example, he must make quick decisions. When a punch or a kick is aiming at him, if his decision is not quick to ward off or avoid the attack, he will be hit. The aim of combat sequence training is not to be hit at all -- certainly not a generous exchange of blows.

If he is hit, he accepts his own responsibility. He admits that he is slow in his defence or avoiding the attack. He won't say his opponent is too fast. If his opponent is fast, he tries to be as fast as or faster than his opponent, or uses tactics to slow the opponent down.

Successful people remark that it is better to make a wrong decision than to make no decision. In kungfu training, we learn not only to make decisions, but to make fast and right decisions spontaneously.

Another important factor is to be relaxed. The more relaxed a kungfu practitioner is, the better will be his response in sparring. This is possible in good kungfu because internal force is used, which not only enables him to be relaxed but also to be forceful and fast. To be relaxed is also required in chi kung training, but it is in training kungfu as a martial art that to be relaxed is more urgent and demanding.

Of course, training kungfu as a martial art will enable a practitioner to be combat efficient. But even when his aim is good health and not combat, kungfu training will give him better health. 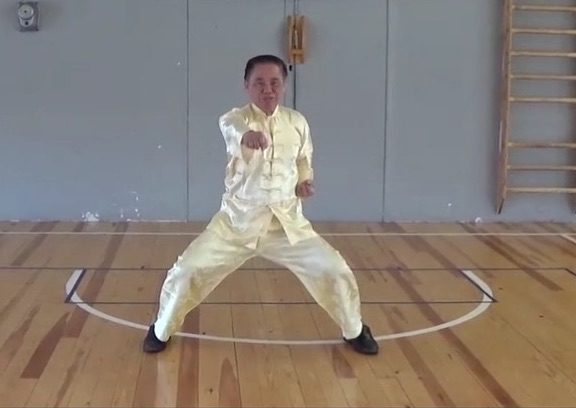 Why do we walk about after a chi kung exercise?

There are three main purposes served by walking about after a chi kung exercise.

We do not merely walk about after a chi kung exercise, we also walk about before it. The main reason is to be relaxed.

In our school, the Small and Big Universe Course is advanced. Those who attended the course must have practiced chi kung for some time, like a year. 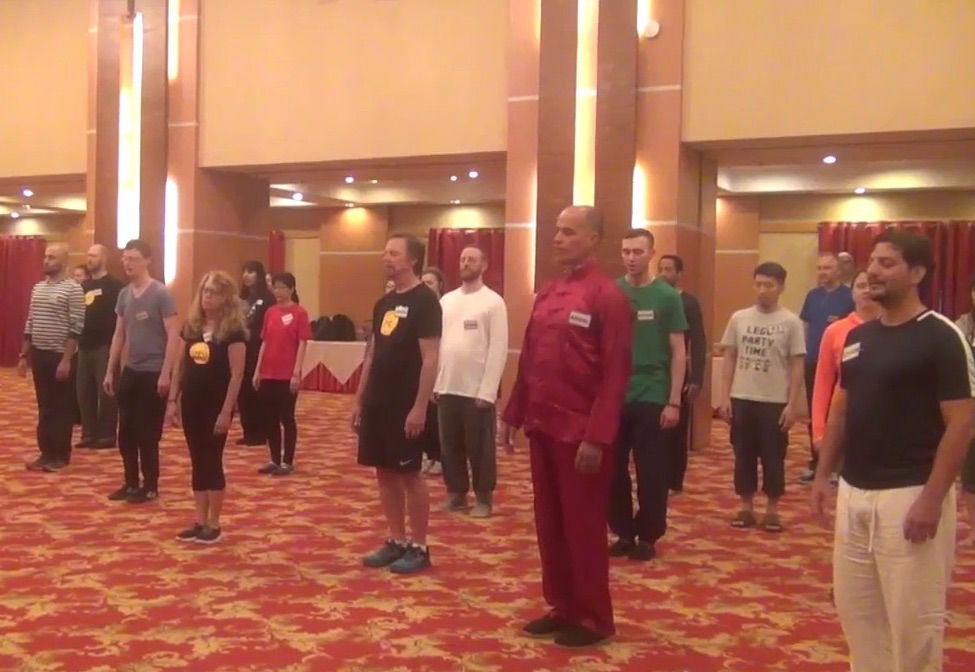 Should I continue doing Abdominal Breathing for a set amount of repetition before letting it flow? Or once I feel the Small Universe flow activated, can I stop?

The answer depends on various factors, like the practitioner himself and how he practices. Generally, the Small and the Big Universe do not grow bigger and stronger without practice. It may remain the same, or it may diminish in size, which is most probably.

On the other hand, as the Small Universe and the Big Universe bring a lot of benefits, we can practice them formally once a while, or informally much of the time.