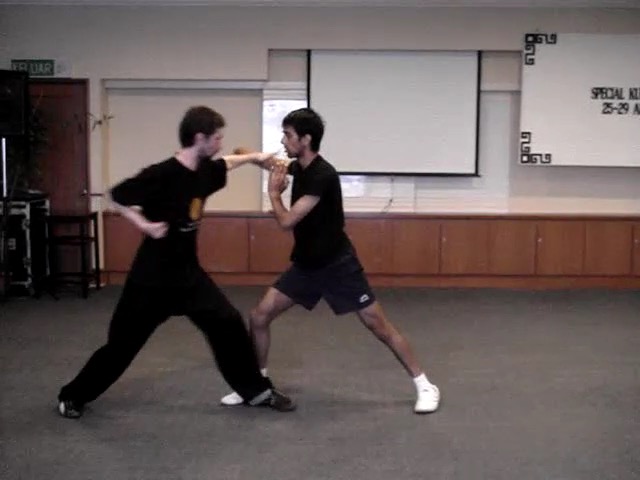 In the past kungfu exponents used kungfu techniques in san da, or miscellaneous fighting

You said that in the past sanda was using Shaolin kung fu but now people use Boxing. Why was the change?

San da, which means “miscellaneous fighting”, was an important aspect of kungfu training. It was for all styles of kungfu, not just Shaolin Kungfu.

However, the situation today is different. No matter what style of kungfu a person is trained in, his san da would consist of Boxing techniques. A student once told me succinctly that no matter what style a kungfu practitioner was trained in, when it came to san da, he would talk about how to hit his opponents with jabs and crosses, hooks and upper-cuts, and not with tiger-claws or no-shadow kicks.

To understand this development, or debasement, it is helpful to know why free-sparring, which actually is san da, is not taught in kungfu nowadays. Today, learning kungfu means learning kungfu forms or kungfu sets.

There are a few reasons why kungfu has debased from learning how to fight well to learning kungfu forms.

A main reason was a change of time. Once learning kungfu was a need, but now learning kungfu is a hobby, though it is difficult to understand why people submit themselves to be hit and kicked in free sparring when it is supposed to be a hobby.

Connected to his reason is the use of firearms. When firearms were introduced, the need of kungfu for effective fighting became obsolete.

A third reason was a change of teaching methodology. In the past a kungfu master rarely taught. At the most he had only a handful of students. It was a rare opportunity and privilege to learn kungfu from a master.

Teaching a few students was different from teaching hundreds of students. Moreover, early kungfu masters took teaching students as a hobby, whereas later kungfu masters took it as a job. Nevertheless, despite this change of teaching methodology, those who were trained in kungfu still used kungfu in free sparring.

Many martial art masters of different countries went to China to test her kungfu, and they were convincingly beaten by kungfu masters. However an important change occured in the 19th century during the Qing Dynasty, the last dynasty before China became a republic. Mediocre kungfu intructors taught kungfu forms, instead of internal force and combat application for fighting. This was because the instructors had to depend on wealthy men who employed them to teach their children, and wealthy children generally had no interest to train internal force and combat application for fighting. Kungfu form suited these wealthy children well as they could demonstrate kungfu sets during celebrations.

By the middle of the 20th century, Karate and Taekwondo schools bloomed with a persistent advertisement that theirs were martial arts. Some kungfu masters became alarmed, and as they were used only to kungfu forms, they started borrowing methods from Karate and Taekwondo.

I realized my work was taking time away from enjoying my family. For me I want to give to the world in a wonderful way but not at the expense of my family. At times I wish I could just raise my two beautiful children as they give me more reward than anything I’ve ever done. Is this me being selfish?

You are not being selfish when you devote more time to raising your beautiful children than helping your patients. Raising your own children is a duty. Helping patients is a privilege. Duties come before privileges. Not many people have the privilege of helping others. 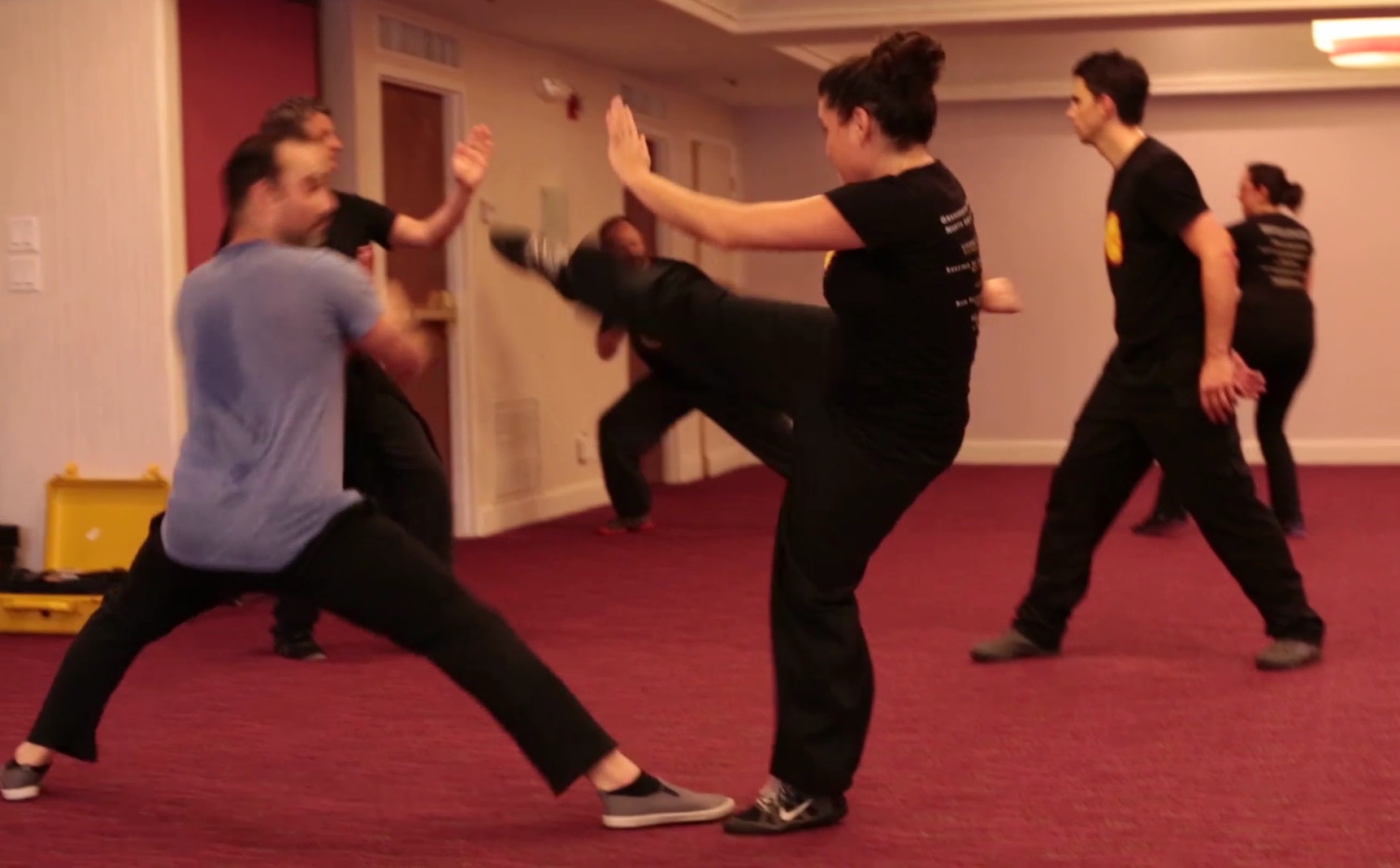 You truly lead us the way of the Heart and I am so happy mine is speaking so freely to me. I could never be everything everyone needed me to be.

Following the heart is in harmony with the flow of the Cosmos.

You don't have to be everything everyone needs you to be. Other people have no right to make this demand. It is sufficient that you are the best person you can be. This in fact is more than needed. What is needed is that one becomes a good person.

Thank you again for teaching the Glory of Shaolin Kung Fu course in Finland earlier in 2018. That course was bewildering but so full of incredible lessons. I feel a certain affinity towards the Dragon From Set, especially due to my Baguazhang background.

All the five sets taught at the course were great. It is indeed incredible that students learned 5 fantastic sets in just 5 days.

While all the sets are wonderful, I particularly like the Monkey Set. I combined two Monkey sets into one – the specialty of my sifu, Sifu Ho Fatt Nam, and another Monkey set from a kungfu master nick-named Four-Eyed Cheong during Uncle Righteousness’ times.

The set from Four-Eyed Choeng was called "Eighteen Felling Techniques of the Spiritual Monkey", or "Ling Hou Sap Pat Tit" in Cantonese Chinese. I reckoned that there must be 18 felling techniques in the set, though I did not learn them earlier. So I went over the set and marked out possible felling techniques. Actually I marked out 23 felling techniques, but to comply with the name of the set, I chose 18, which were recorded in our secret webpages. 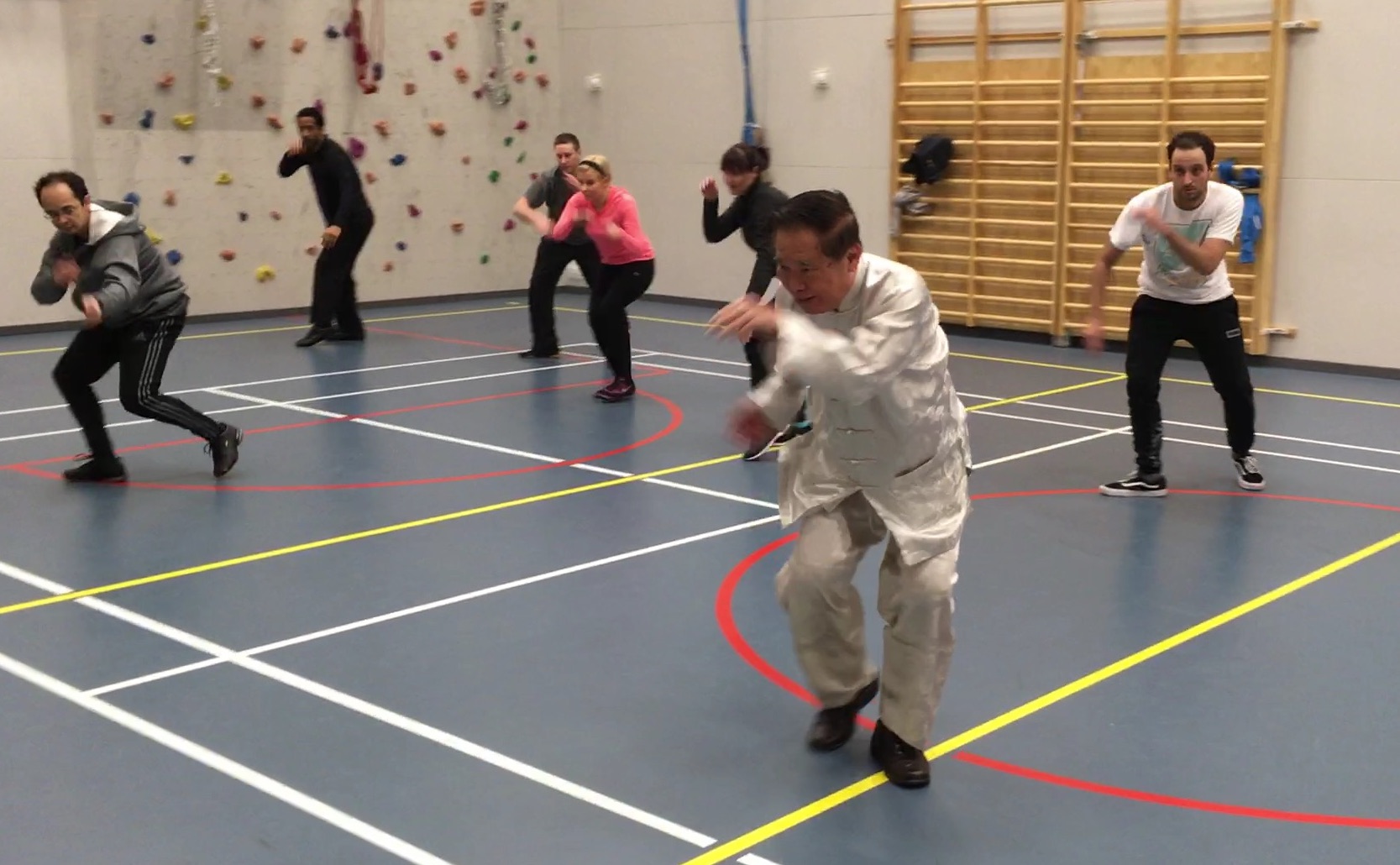 The Monkey set. In the far left in front is Dr Frederick Chu.

Historically speaking, when would a Northern Shaolin Kung Fu practitioner of the past have learnt the Dragon Form? Would it have been a set that was introduced early, or would it have come after becoming competent in the skills and lessons of other sets, such as Tantui, Praying Mantis, Mizongyi, Cha Quan, or Northern Lohan?

The answer to your question as when would a northern Shaolin kungfu practitioner of the past have learnt the Dragon Form, depended much on the philosophy as well as the repertoire of the teacher.

In today’s standard when kungfu is just performing forms or a free exchange of blows, Dragon Form might be taught by a teacher at his whims and fancies.

In our school where we have a great variety of kungfu skills and techniques, Dragon Form is taught as a selective set when students have learned the basics well.

What skills and qualities would a practitioner be expected to possess before even starting to train the Dragon Form? Was it a set that was previously practiced only by monks, or did it appear in secular systems outside of the temple?

Again, the answer depends much on the philosophy and repertoire of the teacher. In Shaolin Wahnam, Dragon Form is taught when students have learnt basic patterns, regulating their breaths, exploding force, and combat sequences.

I do not know much about the history of Dragon Form. As it originated from the northern Shaolin Monastery, it was likely to be previously practiced only by monks, but later spread outside the monastery. 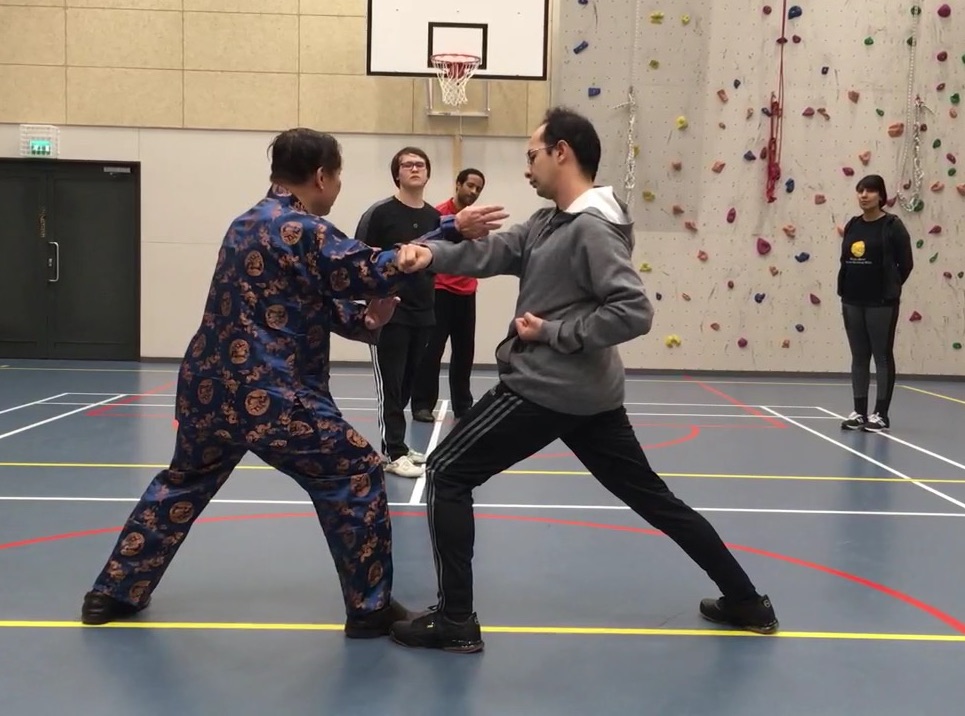 The force training at the beginning of the Dragon Form set, namely Double Dragons Emerge from Sea, develops internal force, if the practitioner knows how to develop internal force. Most practitioners, including some genuine masters, do not know how; hence many people think internal force is a myth.

Dragon Force is tremendous internal force that can be manifested at any part of the body. Only those who know how to develop Dragon Force, like those who attended my Dragon Strength course, can use the internal force from Double Dragons Emerge from Sea, to generate Dragon Force. A small minority just develop internal force. Most others merely perform the outward forms.

Yes, the way a practitioner adopts his stance – whether Two-Character, Goat or Horse-Riding -- affects his internal force. If all other things were equal, the narrower the stance, the better it is for flowing force; the wider the stance, the better it is for consolidating force. In this case, the Two-Character Stance is most suitable for flowing force, and the Horse-Riding Stance the most suitable for consolidating force.

I discovered this fact incidentally. While teaching One-Finger Shooting Zen during intensive courses, I noticed that some students struggled to maintain their Horse-Riding Stance when learning the outward movements of One-Finger Shooting Zen. So I taught the outward movements while the students stand upright, i.e. in the Two-Character Stance. Later when they were quite fluent with the movements, I used the Horse-Riding Stance.

The above applies to those who know how to develop internal force. For the great majority, performing the outward movements of One-Finger Shooting Zen in the Two-Character Stance is the easiest, in the Goat Stance it is the medium, and in the Horse-Riding Stance it is the hardest, and it will cause them a lot of energy blockage.

As mentioned earlier, only those who know the method will be able to use their internal force to generate Dragon Force. As those who practice Dragon Force are advanced practitioners, using the Horse-Riding Stance is most suitable.

Could Sifu remark on how to best train “Dragon Expresses Marvelous Powers” to develop and use Dragon force? Presently, I have a thought of just exploding force from the entire body simultaneously, but if Sifu had any specific advice or instructions to follow, that would be much appreciated!

I remember asking you at the graduation dinner just after the Glory of Shaolin Kung Fu course about Dragon Force and being absolutely flabbergasted at the amount and fine control over internal force you displayed by simply exploding force from your entire body while seated in a chair. It was very inspiring!

First, perform the outward form correctly. Make sure that the foot of the straight leg is hooked in, in the Bow-Arrow Stance where “Dragon Expresses Marvelous Powers” is performed. If the foot is not hooked in, the body may fall backward, and it would be difficult to express Dragon Force.

Think of the dan tian and let the force expressed out throughout the body. At first there may be little force. Over time the amount of force will increase.

Then think of just any one part of your body, and express out the force. At first the force may spread to many places, but eventually it will be expressed in where you want it to be.


Editorial Note: Dr Frederick Chu’s other questions can be found at November 2019 Part 2 issue of the Question-Answer Series.