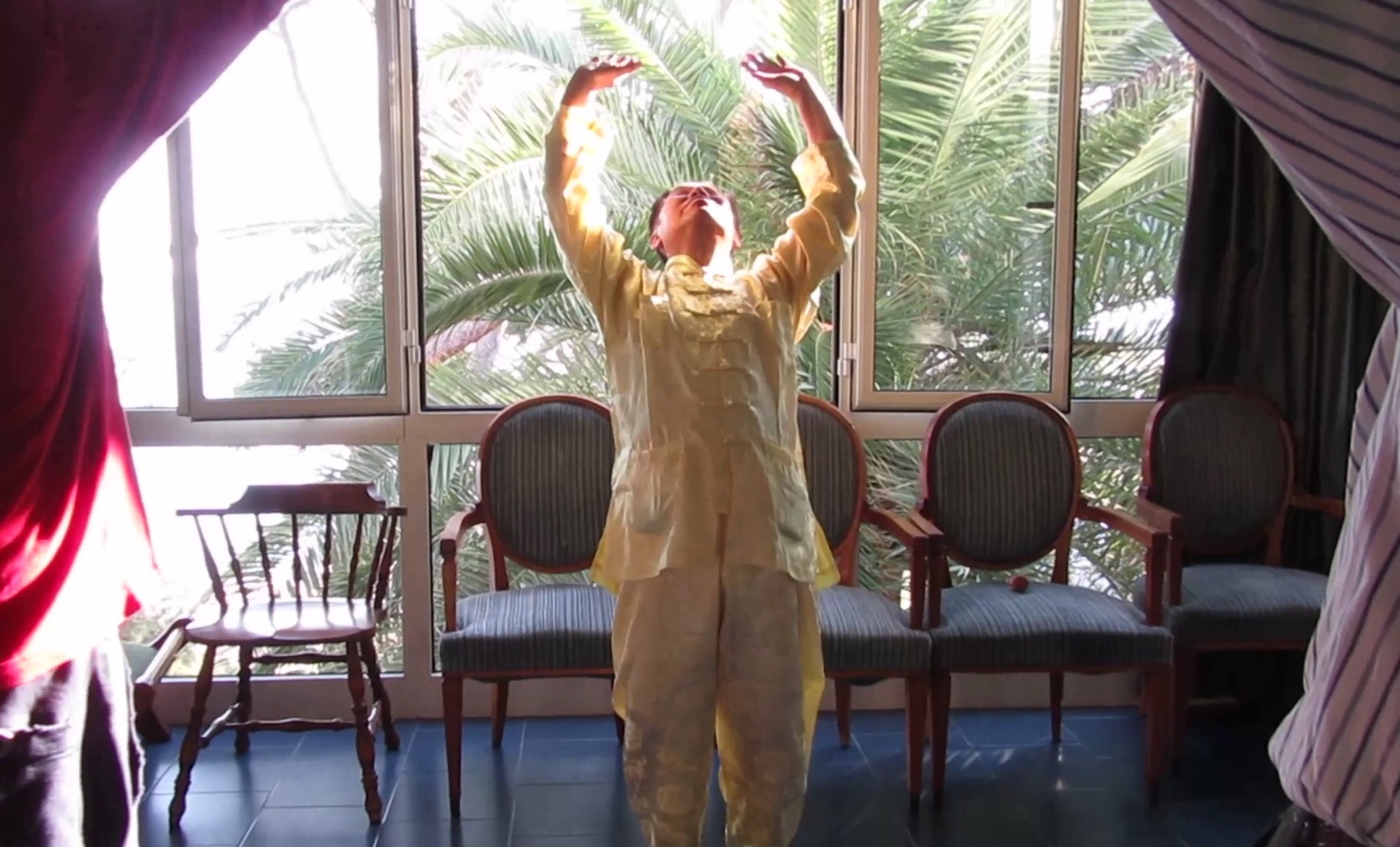 "Carrying the Moon" from the Eighteen Lohan Hands

May I also enquire as to whether Grandmaster Wong has any plans or schedules to teach 18 Lohan hands?

The main thing in chi kung is skills, not techniques. As an analogy, you may learn the techniques of swimming from a good book or a good video, but if you don't have the skills, you can't swim.

It is like Taijiquan, usually spelt as Tai Chi Chuan in English. Many people practice the techniques of Taijiquan, but don't have the skills to develop internal force or to use Taijiquan techniques for combat.

I also want to share with you a shocking article I read about the current situation in China about the Shaolin martial art schools.

There is no surprise for the situation in China. For a long time since the present government took over, the Shaolin Monastery did not practice Shaolin Kungfu, though many Westerners might not know it. As far as I know, genuine Shaolin Kungfu, and of a very high level, is practiced in our school, Shaolin Wahnam.

But I believe the present Chinese government is doing the right thing for the people. Kungfu in the present day is a hobby, though it was a need in the past.

"Sanda", which means "free fighting", is a joke. "Sanda" today is an exchange of blows. The one who can take much punishment will win. A student told me many years ago that the main concern of "sanda" was how to throw jabs and crosses, and not about tiger-claws or no-shadow kicks.

In the past, "sanda" was very important in kungfu. It was meant to test whether a kungfu practitioner could fight. The basic aim of any kungfu is combat efficiency. Only great kungfu talks about internal force and spiritual cultivation. 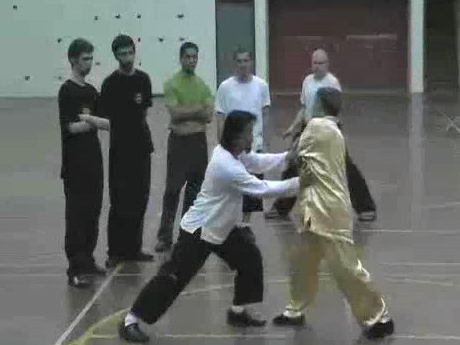 My question now if you will assist me about increasing my vital force or chi.

Chi, written as "qi" in Romanized Chinese and means "energy" in English, is the vital force that enables life to carry on. The more chi a person has, the better is his health, the more lively is his vitality, and the longer he lives.

If you can extinguish a candle flame with one punch at a distance of 4 feet, and sway a candle flame with a finger at a distance of between eight to ten feet, you certainly have a lot of chi. What you need now is not to increase your chi, but to enhance your peak performance and spiritual joys irrespective of your religion. With your tremendous amount of chi, you should do better in whatever you do, and live every day peacefully and happily.

Enhancing peak performance and spiritual joys is not what many well known masters did in the past. With their tremendous internal force, they would be able to do better whatever they did, but they might not realize it consciously. In other words, they did not know how they could use their chi to perform more efficiently. Some of them were not particularly peaceful and happy, which showed that they did not consciously fulfill spiritual joys.

The Iron Wire set is beautiful and it is my morning routine, it is free flowing with no tension and when I do feel any tension I release that tension and the flow of mind and energy is most obvious.

In my opinion, Sifu Yan Xin is the greatest chi kung master in the world today. He is so great that he can redirect missiles or change the molecular structure of liquids from a distance. Of course, I don't expect many people will believe it.

I don't know about the missiles part, but in changing the molecular structure of liquids, he was observed and confirmed by China's top scientists. Naturally, he is a national treasure of China, and he keeps a low profile. 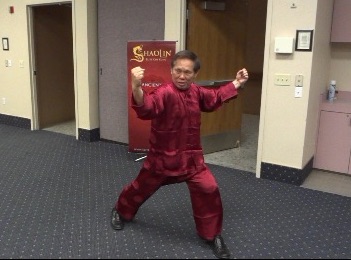 I want to be more progressive in my Shooting One Finger and Yin Fist.

I can understand One-Finger Shooting Zen very well, but what do you mean by "Yin fist"? Do you mean "Marvellous Fist", i.e. injuring an opponent without physical contact?

I love these practices so much that no other training in wushu or kung-fu even excites me anymore.

Shaolin Kungfu gives excellent health, vitality and longevity. Shaolin Kungfu enhances peak performance, though many Shaolin practitioners do not know how to transfer their kungfu skills, techniques and principles to enrich their daily lives. 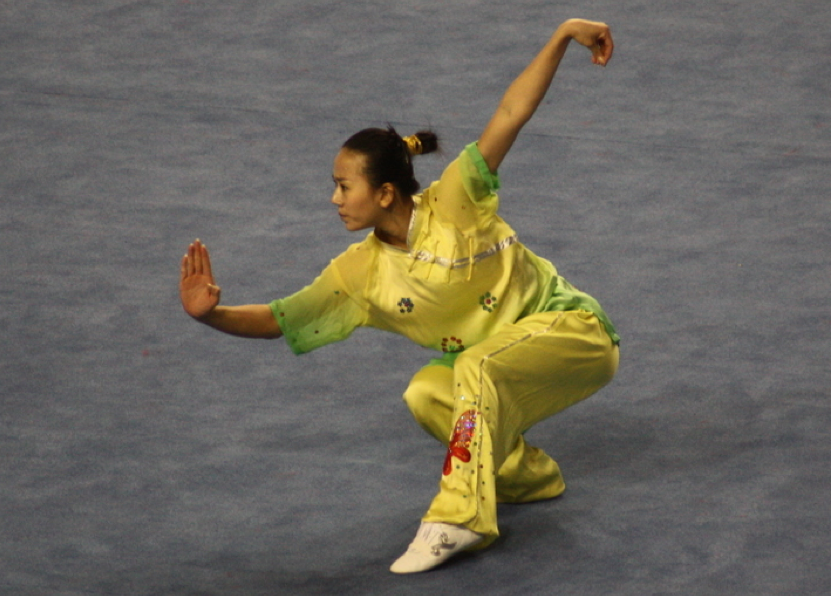 A beautiful wushu demonstration from https://wushuadventures.com/why-chinese-wushu-athletes-good/

How do I apply more vitality, chi, effort to steady my progress to full success and mastery over time with the "empty force"?

With your daily training of Iron Wire for 10 years, and your training of One-Finger Shooting Zen, you have attained "empty force". You may try it on a friend. Ask him to stand a few feet away, say about 3-6 feet, and apply a punch, a palm strike or a finger strike on him. Ask him whether he could feel your force.

The set-back is that he may have to take medication, preferably from a Chinese trained doctor. A Western trained doctor may find nothing wrong with him. In our school, a victim performs a chi flow, which will clear away the injury.

Hence, in our modern law-abiding societies, "empty force" in a strike will be a liability. But it can be an asset to enhance your peak performance and spiritual joys if you use its chi for daily living.

Does the body change because of the chi flow going through it or is the body itself chi? In other words, is the force that extends beyond the body into the flame or object physical, mental, or spiritual or are they all just One?

If you see your body and its object as separate, i.e. your perspective is phenomenal, the force that extends beyond the body into the flame or object is physical, mental and spiritual.

It is mental because you use your mind. Someone who has a lot of "empty force" may not use his mind. In other words, the physical force is more important than the mental force. However, if that someone also uses his mind, his "empty force" will be more effective.

I conduct intensive courses in Malaysia. Besides other skills, you will learn entering a chi kung state of mind to generate energy flow, and to enhance your peak performance and spiritual joys. It will save you a lot of time from trials and errors or from practicing on your own. You can check my website for available dates.