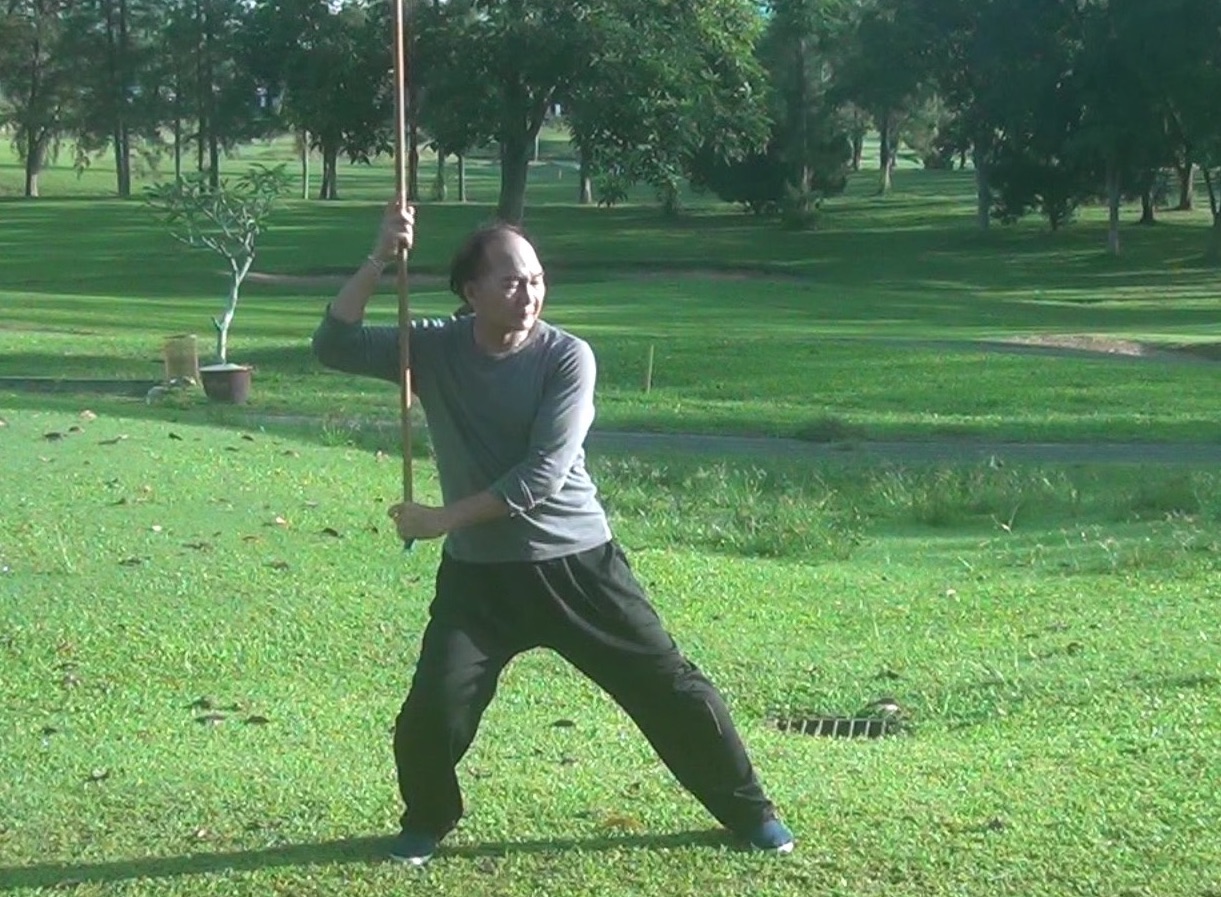 While I was enjoying dinner with a group of old students from Shaolin Wahnam Association, Sungai Petani, who learned from me more than 30 years ago, we were talking about old times. I mentioned that I had forgotten the routine of a staff set I composed, Chin Wah Staff, though I had its patterns written down. An old disciple, Cheong Huat Seng, said that he could remember the set. So we made arrangement for the set to be videoed.

I composed the staff set in the 1980s to honour my first sifu, Sifu Lai Chin Wah, who was better known in kungfu circles as Uncle Righteousness. As I could not remember the routine of Chin Wah Staff at that time, in my autobiography, "The Way of the Master", I chose a longer staff set, the 108-Pattern Shaolin Staff Set, which my sifu was very good at.

Cheong told me that when I was teaching Shaolin Kungfu at Shaolin Wahnam Association, I paid much attention to two sets, Four Gates and Chin Wah Staff. This was because I believed that all kungfu practitioners, especially Shaolin kungfu practitioners, should be good at unarmed combat as well as a staff set, especially that the staff was considered a typical Shaolin weapon.

Four Gates was the set practiced at the Shaolin Monastery in the city of Quanzhou in south China. I learned Four Gates from my third sifu, Sifu Ho Fatt Nam, the thrid generation successor from the Quanzhou Shaolin Monastery. From three famous staff sets I knew -- Fifth Brother Octagonal Staff, Six-and-Half-Point Staff, and Ho Family Flowing Water Staff -- considered as three of the four best staff sets in all iungfu, the fourth being Left-Hand Fishing Staff, I composed the Chin Wah Staff in honour of my sifu.

When the video of the Chin Wah Staff had been filmed, I checked the routine of the set with its patterns which I had written down. There were a few differences, but the main structure was the same.