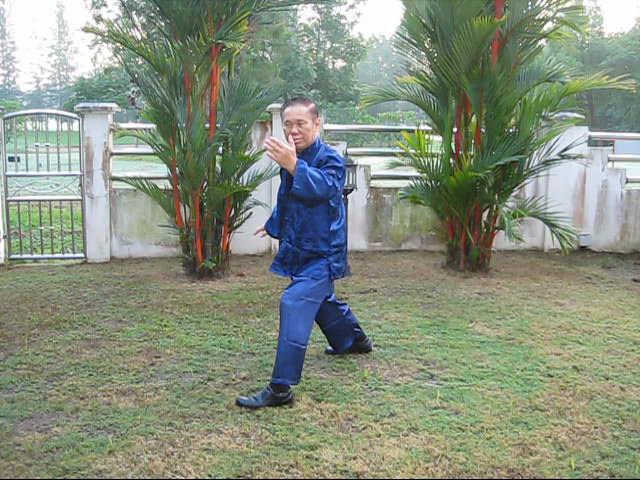 Zhang San Feng, the First Patriarch of Taijiquan, was a great Shaolin master. After graduating from the Shaolin Temple in Henan he travelled all over China and finally settled down on the Wudang Mountain in Hubei where he continued to practice his Shaolin Kungfu with the aim of attaining immortality which he eventually achieved. It should be noted that "Wudang" is pronouned as /wutang/.

Before Zhang San Feng, kungfu in its physical form, chi kung and meditation were practiced separately. Kungfu practitioners had to practice for many years before a few dedicated ones were selected by their master to practice chi kung, which was then known as nei kung or internal art. After many more years one or two very special disciples amongst the few nei kung practitioners would have a chance to practice meditation or mind training.

Zhang San Feng was a martial art genius. In his training he integrated physical kungfu, chi kung and meditation into one unity, bringing kungfu development to an unprecedented height. The result was what we now call Wudang Taijiquan.

There are a few versions of the Wudang Taijiquan set. The one practiced in our school was re-constructed from classical sources by Grandmaster Wong.

The Wudang Taijiquan we practice in our school contains all the important features for which Taijiquan is famous, like graceful, flowing movements, use of mind and internal force instead of physical strength, attaining good health, vitality and longevity, combat efficiency irrespective of size, age and gender, and spiritual cultivation irrespective of religion.