THE PHILOSOPHY, FORCE TRAINING, TACTICS AND BENEFITS OF THE 18-LOHAN FIST 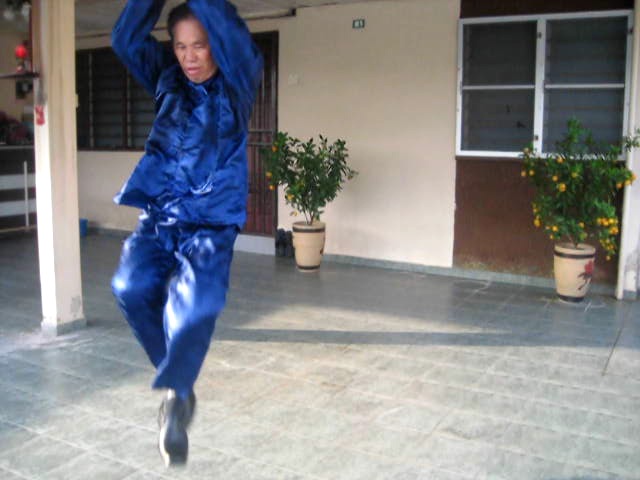 Could you please tell us about the philosophy, force training, tactics and benefits of the 18 Lohan Fist?

There is some characteristic difference between the Eighteen Lohan Fist of Northern Shaolin and the Eighteen-Lohan Fist of Southern Shaolin. On the other hand, there are also common features between these two northern and southern versions, and other styles of kungfu. Both northern and southern Lohan Fist is characterized by long and wide stances with long reaching strikes usually with the fist, and sometimes with the palm. It is quite easy for the initiated to differentiate between Lohan Fist from styles like Taijiquan, Xingyiquan, Baguazhang, Eagle Calw, Praying Mantis, Wing Choon, Choy-Li-Fatt and Hoong Ka Kungfu.

If all other factors were equal, Lohan Fist favoures those who are big and strong. It bulldozes into smaller and weaker opponents, or softer and more gentle styles. As Lohan Fist, especially the northern version, was relatively early in its historical development, its combat philosophy is relatively simple and straight-forward, missing the sophisticated techniques and tactic of later styles, like the circular movements of Taijiquan, the evasive footwork of Baguazhang, the serving motion of the Dragon Style, and the decisive grip of the Tiger Claw. Nevertheless, with the advantage of breadth and depth in Shaolin Wahnam, we are able to enrich Lohan Fist with these features.

The main force training approach of northern Lohan Fist is the Eighteen-Lohan Art, whereas that of southern Lohan Fist is stance training. However, as most people today practice only the external form of these arts without their essence, most Lohan Fist practitioners do not have internal force. Some of them retort to lifting weight for muscular strength to perform Lohan Fist.

The principal tactic of Lohan Fist is pressing attack. Even without internal force but with muscular strength and advantage of size, pressing attack can be very formidable to most people. However, a skillful exponent, even when he is small in size, can intercept the pressing attack and counter strike. Some of these interception techniques are found in our basic combat sequences. Do you know them?

Even at a physical level, i.e. without internal force and mind training, Lohan Fist training brings benefits of good health, vitality, agility and flexibility. In kungfu training, it provides a suitable background for the development of any kungfu styles, and a good understanding of kungfu philosophy and principles.

The internal training of energy and mind raises the benefits to many higher levels. The chi flow as a result of practicing Lohan Fist may overcome pain and illness, or prevent them. Its training enhances vitality and promotes longevity, and contributes to peak performance and spiritual joys. 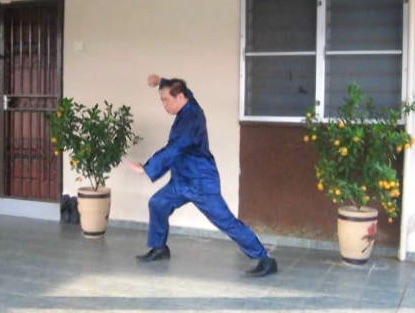 The questions and answers are reproduced from the thread 10 Questions on 18-Lohan Fist in the Shaolin Wahnam Discussion Forum.