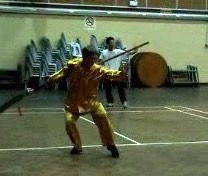 The Green Dragon Crescent Moon Knife is purposefully performed slowly with pauses in between patterns so that students can see the movements more easily. When you are familiar with the movements, they should be performed fast and smoothly as sequences rather than as individual patterns.

When Grandmaster Wong applied force in a horizontal sweep while teaching it, the shaft broke into two. The bladed part of the weapon was then lashed onto another shaft. But when Grandmaster Wong later made a reverse sweep, the blade came out of the shaft. We regret that the set, therefore, had to be taught with an improvised staff acting as a Kwan Tou. 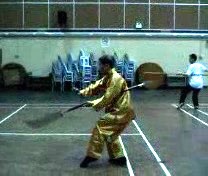 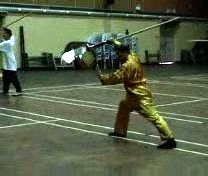 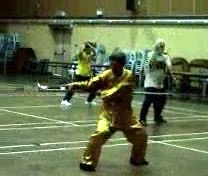 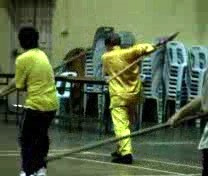 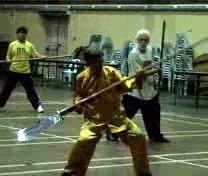 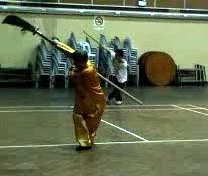 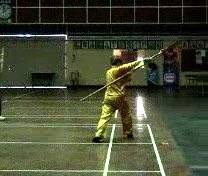 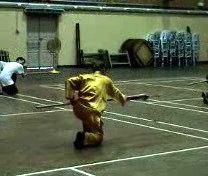 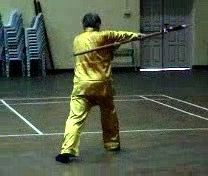 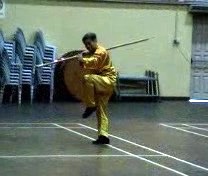 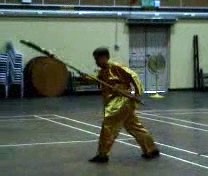 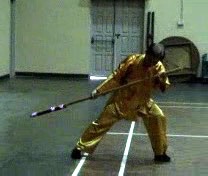 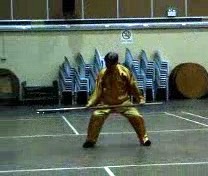 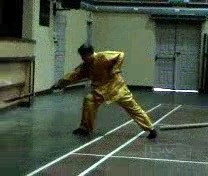 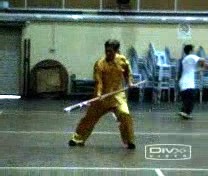 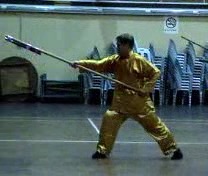 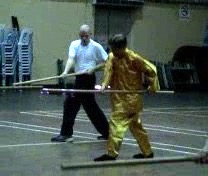 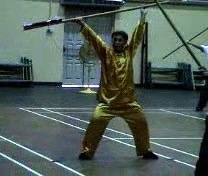