STAFF TRAINING AND SPARRING FROM MOVIE

Staff sparring by two famous masters from a movie 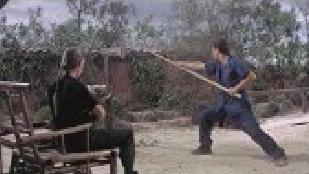 This abstract is taken from an old kungfu movie, “Lok Ah Choy and Wong Fei Hoong”, produced by Shaw Brothers of Hong Kong. Loh Ah Choy was an inner-chamber disciple of Chee Seen, the First Patriarch of Southern Shaolin. 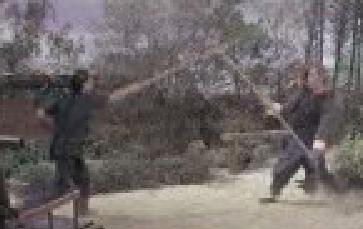 There is also an invaluable piece of advice from Loh Ah Choy to Wong Fei Hoong at the end of the video clip.

The Shaolin Long Staff set shown here is the same as the one demonstrated by Sifu Wong in an earlier video clip. Sifu Wong learned this set from his childhood friend, Sifu Chow Kok Chee, by exchanging some kungfu sets with this well known kungfu master and seasoned fighter in his younger days (he told Sifu Wong that he had been involved in more than 200 real-life fights!). Sifu Chow in turn learned this set from his god-father and old kungfu master, who was a student of Wong Fei Hoong before his migrating to Malaysia.