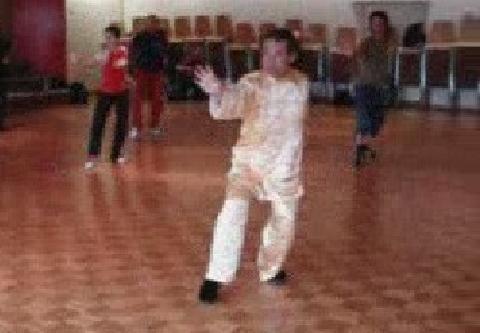 The Set that Enabled Participants to Free Spar in Three Days

A common misconception amongst many martial artists is to think that first there were kungfu sets, then masters tried to use the patterns in the sets for combat. It was the other way round.

We relived these processes at the regional Shaolin kungfu courses in Andorra, Switzerland and Finland in August and September 2006 in just three days. But we didn't have to start from scratch. We are very fortunate to inherit the kungfu patterns as well as combat philosophy from past masters. What we did was to select the appropriate patterns for representative combat situations, practice their combat application at the pattern level and then at the sequence level, and linked the sequences together into a kungfu set. We call this set “Single Tiger Emerges from Cave” after the most commonly used pattern in the set.

How the participants at the Switzerland regional Shaolin Kungfu course learned the combat sequences is shown in the video clips here.

These combat sequences are linked into a set, “Single Tiger Emerges from Cave”, shown in the series of video clips below. In this methodology, as implemented in the regional courses in Andorra, Switzerland and Finland, the kungfu set is learnt last. It is the summation of previous combat training; it reminds students how they can use combat sequences for sparring. There are, of course, other functions of set practice too. In this set there are 8 combat sequences, and they cover all the four categories of striking, kicking, felling and gripping.

We would like to thank Sifu Andrew Barnett of Shaolin Wahnam Switzerland for recording the videos. 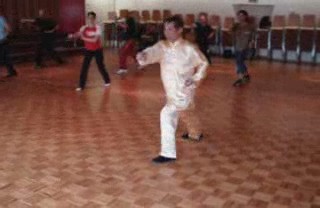 This sequence covers the top, middle and bottom strikes, and their defence. It is a shortened form of the first three sequences in our 16 basic sequences taught in the Intensive Shaolin Kungfu Course. The attack mode starts with “Lohan Asks the Way”, and the defence mode with “Single Tiger Emerges from Cave”. 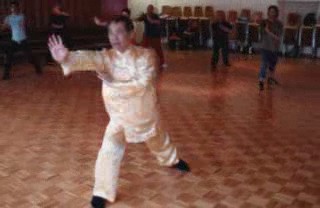 The long sequence shown in this video clip can be broken into two sequences. The first part constitutes Sequence 2 of the set. The second part consists of Sequence 3. 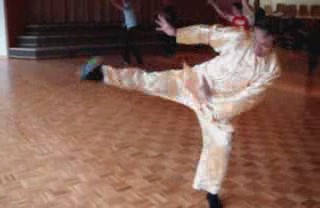 In this sequence as well as the next sequence, both the attack mode and the defend mode use “Lohan Asks the Way” as poise patterns. Kicking attacks are introduced. The counter, “Heavenly Priest Stamps Insignia”, can be used for almost any kicks. 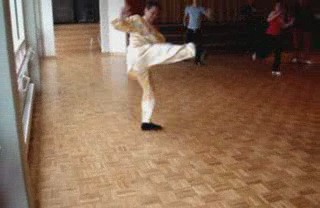 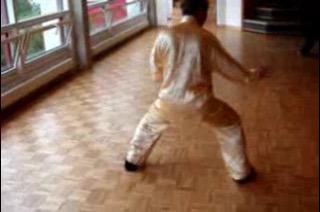 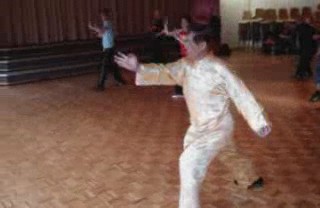 How would you defend against an opponent who grips your hand and strikes you at the same time? Reversely, you may use this formidable technique against your opponent. Do you know why the exponent's left hand in the picture on the right is swung behind in this chopping attack. 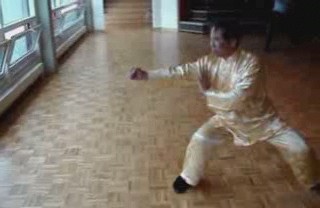 This is the 8th and last sequence of the set. There is a slight mix-up in the demonstration here. The attack mode should be “Single Tiger Emerges from Cave”, “Black Tiger Steals Heart”, “Lohan Tames Tiger” and “False Leg Hand Sweep”; and the defend mode “Lohan Asks the Way”, “Single Tiger Emerges from Cave”, “Chop the Hua Mountain” (left chop), and “Hide Flower in Sleeves”. 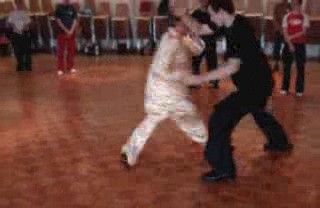 You can view all the 8 Distilled Combat Sequences here 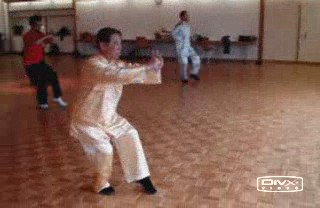 The set is now performed continuously as a set and not in separate sequences. As the complete set is too long to be shown in one video clip here, it is shown in four parts. Please note that Sequence 2 and Sequence 3 are performed here as a combined sequence, and only the attack mode is shown here. The defence mode will be shown in the next part. 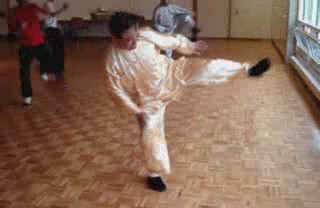 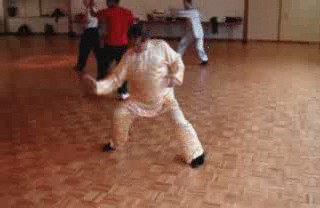 Sequences 5 and 6 are shown here. Having practiced the combat application, you would understand that it is not just the techniques that are needed. What is more important are the skills. The technique for felling, for example, is not a contest of strength; if you are skillful in its application, the technique just runs its course. 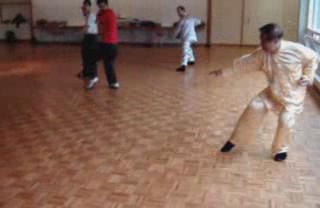 You can view the Combat Application Set here

Picture Series of the Set