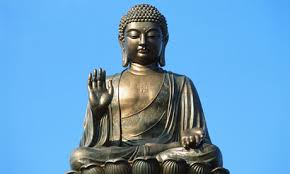 The Buddha teaches that karma is caused by thought, speech and action in that order of importance

Sifu, what made you become such a high level kungfu cun chi kung master?

Thank you for your compliments.

Firstly, in my student's days I never aimed to become a kungfu or chi kung master. This is an important starting point because some people wrote to me asking how they could become a master even before they were a student. Be a good student first.

I was a good student. I respected and honoured my masters. I diligently practiced what they asked me to. I was also smart to find the best teachers I could learn from. I searched for all my four teachers, except the first one whom I met by divine guidance, and all of them were patriarchs of their arts.

My first teacher, Sifu Lai Chin Wah, whom I started learning when I was only 10, was known in kungfu circles as Uncle Righteousness. My second teacher, Sifu Chee Kim thong, was regarded as the living treasure of the Peoples' Republic of China. My third teacher, Sifu Ho Fatt Nam, was the third generation successor from the Shaolin Monastery at Quanzhou. My fourth teacher, Sifu Choe Hoong Choy, was the Patriarch of Choe Family Wing Choon Kungfu.

One important reason I could attain high levels in kungfu and chi kung was my aim for excellence. I was not satisfied with mediocre results. I wanted the best and was willing to work hard for it. I wanted to be the best kungfu student and chi kung student I could be. Happily, many students in our school now also follow this admirable principle.

I continued to aim for improvement even when I was publicly acknowledged as a master. Many instructors and students in our school had commented that when they repeated a course they took many years ago, they were surprised to find so much improvement in my teaching.

If a person's heart and/or kidneys are weak, would 'Nourishing Kidneys' be too strong at first as an exercise? Would a person be better to develop chi flow progressively and generally, starting with Lifting the Sky, or would you prescribe another method for someone with the said weaknesses?

Any exercise if performed beyond a practitioner's limit of performance is over-training. If a person plays football excessively, he will hurt himself.

But less than 20% of chi kung practitioners today all over the world practice genuine chi kung though at a low level. The other more than 80% practice gentle physical exercise using chi kung techniques, just as a lot of people today practice Taiji dance using Taijiquan techniques. Many people will be angry at what I say. As I have mentioned often, that is their problem. I just want to state the truth, especially for our Shaolin Wahnam family members.

Even when our chi kung and kungfu levels are high, those who practice in regular classes need not worry about over-training -- if they practice according to what and how the instructors teach, and if the instructors follow my advice. This is because they have a long time, at least three months, of practice and they are supervised by their instructors.

Those who attend regular classes and also attend my intensive or regional courses have to guard against over-training. If they follow my advice to train at 30% or at an level suitable to them, they will progress much in their regular classes, even when they practice what other students practice. This is because they have more advanced skills.

Why do I teach at 100% and then ask students to practice at 30% in my intensive and regional courses. It is because of two main reasons -- I have to teach in a few days or a few hours that course participants will require a few years to achieve, and those who attain my courses come from different developmental levels ranging from beginners' to masters'.

Hence, for those who have attended my intensive and regional courses, they need to operate at about 30% of their potential, or at any suitable level, when they perform "Nourishing Kidneys" or any other chi kung or kungfu exercise.

Generally, if a person's heart or kidneys are weak, "Nourishing Kidneys" may be too strong at first. It would be better for him to develop gentle chi flow starting with "Lifting the Sky", and gradually progress to "Nourishing Kidneys". This, I believe, is the best approach.

We always teach the best to our students, and give them our best advice. Whether the students follow their instructors' advice, or some instructors follow my advice, is their problem. Our responsibility, but we don't regard it as a problem, is to teach our students the best. I have often advised that students perform at home below their potential at the course to avoid over-training. I also advise that instructors should not teach their regular classes the way I teach intensive or regional courses. 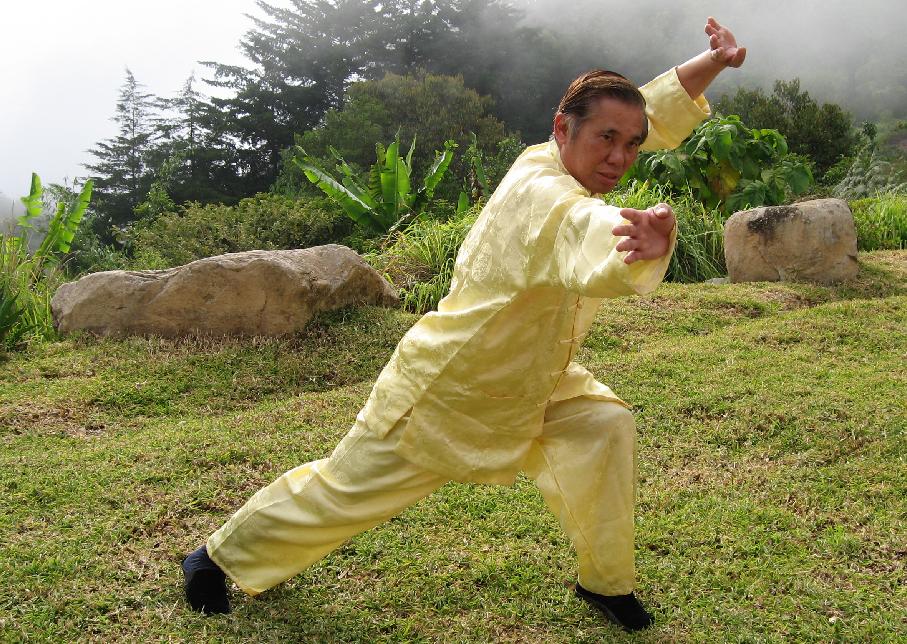 If a person has committed a bad deed, from the chi kung perspective: if he/she sincerely repents, how can he/she make amends with what has been done?

If a person has committed a bad deed, if he (or she) sincerely repents, he can erase much of the bad karma of the bad deed, and may even generate good karma.

Karma, which means cause and effect, is not rigid; it is fluid, and is determined by thought, speech and deed in that order of importance. If the person continues to think of his bad deed, he continues his bad thought and creates bad karma. If he changes his thought to a good one by repenting, his good thought creates good karma.

For example, if a person has had an abortion, as unfortunately many women have, many times due to circumstances no one hopes for. It often leaves a sorrow and regret of having to kill another being, just as the baby is about to enter this world.

On the other hand, if she thinks that given the circumstances the abortion was the best thing she could do (though she might act otherwise if circumstances were different), or that she prevented a life from unnecessary suffering, or that she would benefit from her karma, her thought would create good karma for her.

We cannot change what was done in the past, but we can affect the present and the future, and the most powerful factor is our thought. We must always have good thoughts. 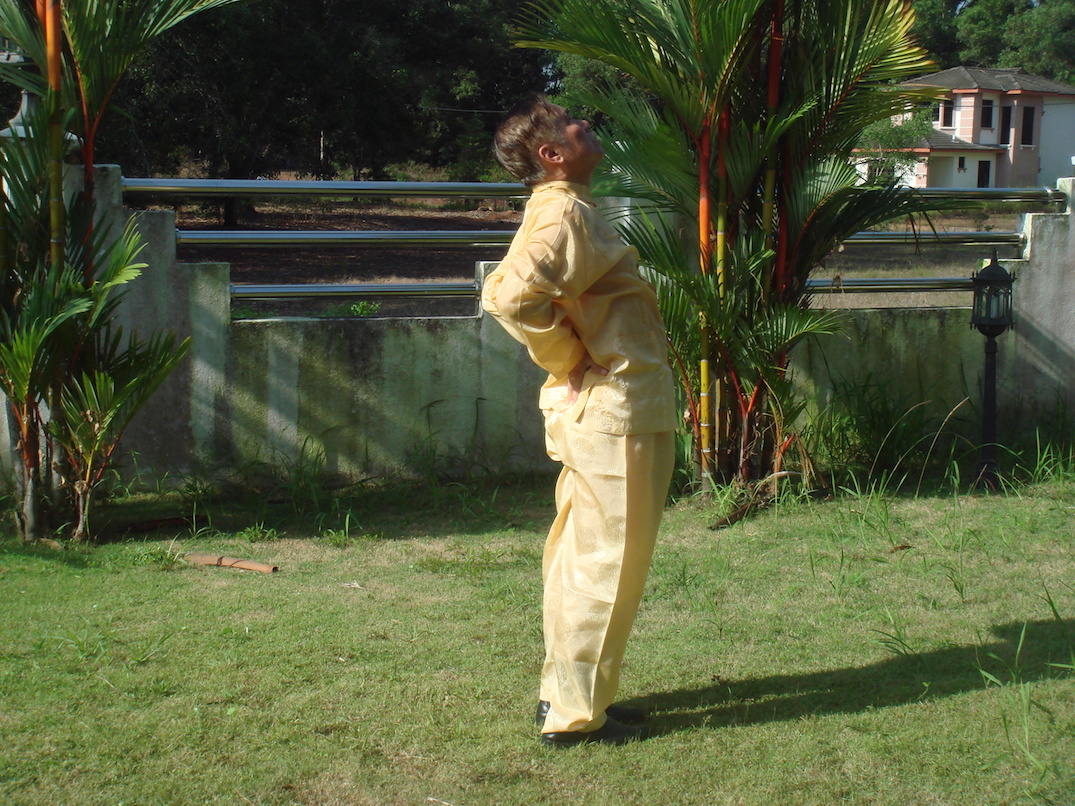 From the spiritual perspective, is an abortion considered the same as killing someone?

From the spiritual perspective, having an abortion is the same as killing someone. But killing is not always bad! In some situations, like in many abortions, killing may be a blessing!

I vividly remember a real story, which I believe I recorded in my autobiography, "The Way of the Master". A devotee was killed in a motor accident when he came out of a famous temple near Sungai Petani. I remember I was angry. In my ignorance and arrogance I asked what kind of god he was to allow his devotee to be killed in a motor accident as the devotee left his temple.

But later I realized the god was most kind. In an instant, which could be painless though it might appear horrible to other people, the soul of the devotee was released from his physical body to the freedom and bliss of the Cosmos.

If so, how can one make amends with the deed, if it has already been done?

One good way to make amends with the dead if an abortion had been done is to wish the soul of the aborted baby well. Sincerely pray for peace and happiness for the soul, and it will happen. The Cosmos is full of mysteries that human may not understand. 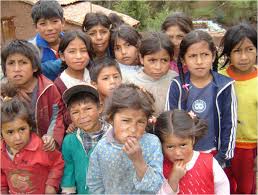 Be kind to children, irrespective of their race, culture and religion

How could I advice someone, who now has a happy family with children, but still feels sorrow and guilt for the child who was not born and cannot receive her love and care?

Tell the person what I have said. This is wonderful spiritual knowledge. You will be much blessed.

In general, what is the best way to deal with mistakes we make or have made?

The best way to deal with a mistake made is to change it into an opportunity for improvement that brings benefit to yourself, to others or both. For example, if a person realizes she made a mistake in having an abortion, she can be kind and loving to other children.