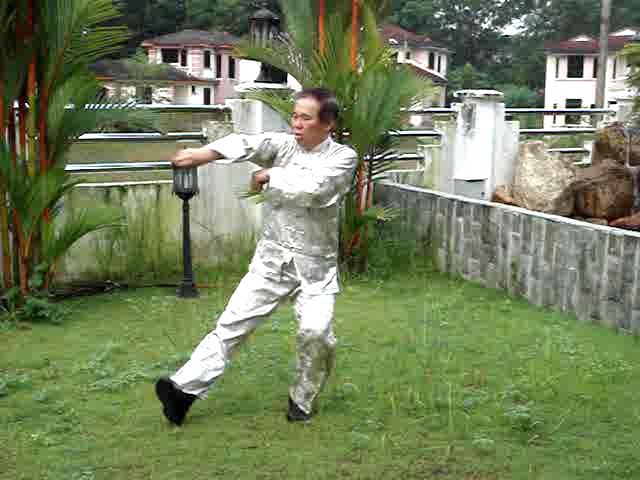 I have tried to talk to my parents, my logic being that it is better to talk about things openly but they think I am too sensitive and need to let go. I feel like writing them a letter but I fear it will not be received well or not at all. When I have tried to raise issues from the past, like behavioral patterns which we could improve, I have only made my parents defensive.

Tell your father that you are happy he is healthy. If he is sick, tell him that sickness, any sickness, is temporary. It is normal to be healthy.


Editorial Note: Lucas reported that his relationship with his father and sister improved tremendously and thanked Grandmaster Wong for his advice.

My interest in Praying Mantis Kung Fu came about when I started to make some Mantis patterns in chi flow.

Performing kungfu patterns in chi flow is very advanced, though it happens to us in Shaolin Wahnam relatively early. Some Taijiquan masters regard this as the highest level of kungfu.

At first, the kungfu forms may be awkward, but gradually we can attain picture-perfect form. We learned this at the Dragon Strength course. When we are accomplished in performing kungfu in chi flow, we can be very powerful, fast and yet not tired and not panting for breadth. In our present world, this skill is extremely useful. 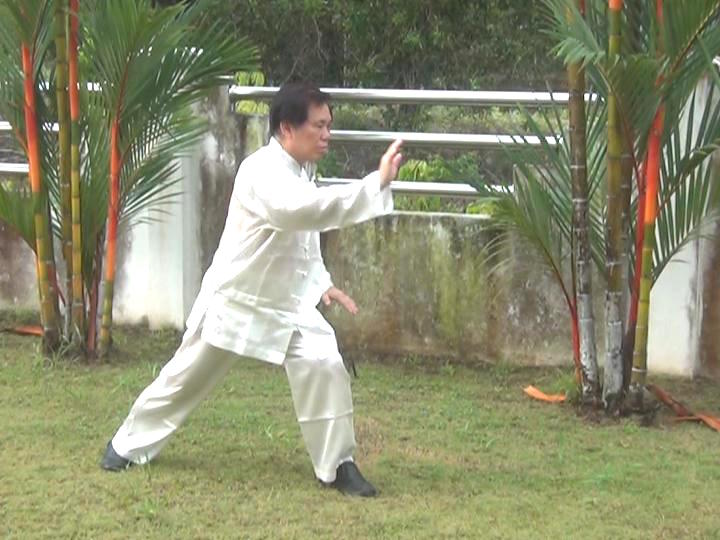 How would you relate the amount of flowing and consolidated force in Praying Mantis Kung Fu?

I would rate the amount of flowing force and consolidated forcce in Praying Mantis Kungfu as 40:60 -- for those who have the skills. Most practitioners, which is more than 70% today, do not have the skills. They tense their muscles to have mechanical strength.

Those who have the skills may not realize they have the skills. They have developed the skills unknowingly after many years, like more than 10 years, of practicing the forms correctly. They may or may not know the combat application of their forms.

Advanced Praying Mantis practitioners who have practiced the forms corrctly for more than 10 years, may reach a ratio of 60:40, i.e. 60% of their force is flowing, and 40% consolidated. It is incredible that those who attended my Dragon Strength course can vary the ratio in whatever way they like.

You once told me that although I thanked you for your advice, I didn't act on it. A few days later, I saw an answer on the Q&A where you said that asking for advice and not acting on it was a bad solution to a problem, although it was better than doing nothing.

Coincidence does not simply happen. There is a reason for each event. This statement does not apply specially for your cases. It is a general statement. For example, my mention that a bad action is better than no action, and intensive courses are of a higher level than regional courses, is not because of your questions.

What people think of as coincidence is a result of karma. Karma is not religious; it just means cause and effect. Your bad luck was due to various causes. You can overcome your bad luck by practicing genuine, high-level chi kung. When you practice genuine, high-level chi kung, you generate energy flow, which is good circulation of chi. In Chinese, it is "hou yun qi".

If you ask Chinese, who speak Chinese as some Chinese do, in the United States for example, they will tell you that "hou yun chi" means good luck. Due to the long history of the term, most Chinese may not realize its morphological meaning. 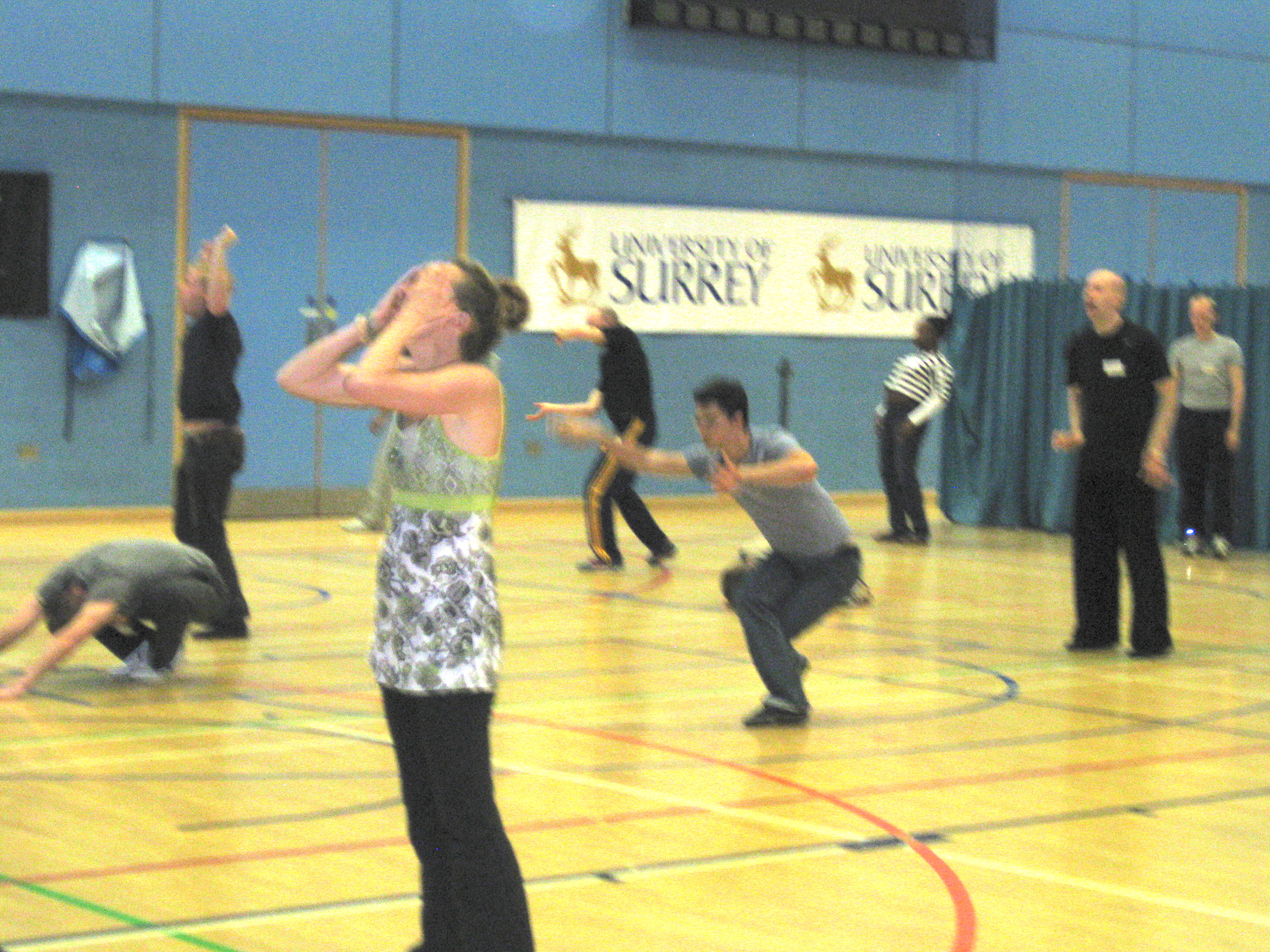 Although a regional course is lower level than an intensive course, it is still very high level

I will attend your intensive course this year. I will be looking for dates on your website.

Even today, I got a negative response from what seemed a very good option. I do recognize I have some responsibility in this, but could there be a reason I am not aware of? Fate maybe? Bad luck? It seems very surprising to me that every option ends up failing.

You failed because you didn't make sufficient attempt to succeed. This is not begging the question. It is actually the reason of your failure. You may not have made any attempt at all. You relied, usually unconsciously, on your excuse of having bad luck.

Your failing in the option was the effect, Your not making sufficient effort was the cause.

Practicing high-level chi kung can overcome your not making sufficient effort. When you have a lot of energy from your chi kung training, you will make effort to succeed. High-level chi kung also helps you to have mental clarity, which will contribute to your making the right effort. 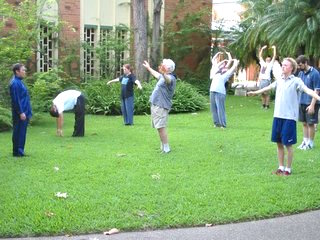 It is so established that practicing genuine chi kung will make practitioners lucky that "hou yun qi", or "good circulation of energy" has become a part of the Chinese language

Meanwhile, I follow the advice you once gave me and spend more time outside. It helps a lot, though going back home is something I always dread.

Home is the place you always look forward to return to, though sometimes you may leave it for some good reasons. If you dread to return to your present home, you must do one of these two things: