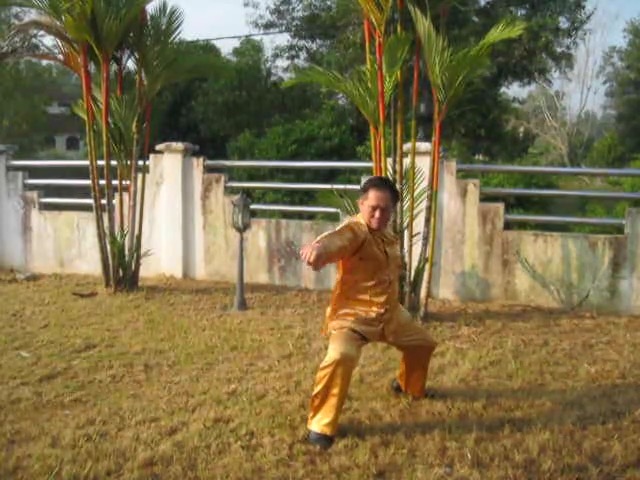 Grandmaster Wong did not over-train in his student days

Did you over-train in your students days?

No, I didn’t. I went through my training the long, hard way. Hence I had time to develop my skills, which was over many years. I also had four of the best teachers I ever could have, and they taught me their best.

It took me about 17 years to have internal force, about 20 years to have my chi flow, and about 25 years before I could comfortably defeat professional fighters and masters.

A typical Shaolin Wahnam student today who attends my intensive course could have a chi flow on the very first day of the course! A typical kungfu student could feel internal force also on the very first day. If he practices daily what he has learnt in the course, he could defeat a black-belt in one year. It is just incredible, but true.

Why are chi flow, internal force and combat efficiency so important in chi kung and kungfu? It is chi flow, not the chi kung exercises themselves, that gives the benefits of chi kung, like good health, vitality and longevity. Internal force makes ordinary kungfu great kungfu. The fundamental function of kungfu, any kungfu, is for combat.

The reason is because our students have the necessary techniques, skills and philosophy in one day, whereas I had them in more than one year. Our students enjoy the state of the art, whereas I took a long time to acquire it.

The techniques of all other people who practice chi kung and kungfu are correct. It is the skills and philosophy that are lacking. Most people do not have the skills to generate energy flow, to develop internal force, and to use kungfu techniques for combat, and they do not understand why. I did not consciously know the skills and the philosophies when I was a student.

The skills that typical Shaolin Wahnam students now take for granted as these skills have become so habitual, were developed by me over many years in my teaching. My earliest students did not have these skills.

Entering into a chi kung state of mind (or entering Zen in Shaolin Kungfu and entering Tao in Taijiquan) and smiling from the heart were not taught in my earliest classes. These skills were developed over many years. But Shaolin Wahnam students now can easily enter into a chi kung state of mind, which enables them to generate energy flow and develop internal force, and smile from their heart, which enables them to be happy and peaceful.

It is very special that our school not only explains the philosophies behind the skills and techniques, but also elaborate how we can transfer what we learn in class to our daily life so as to enrich it. As far as I know, this has not been done before. 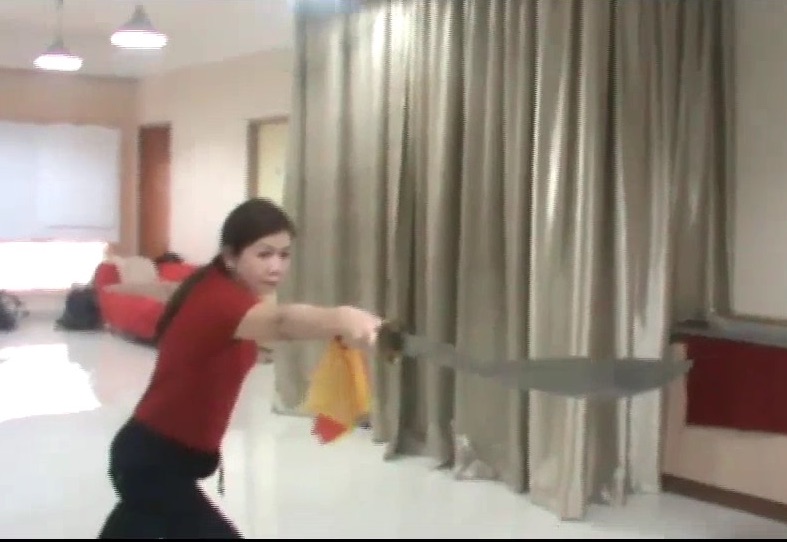 There is no nemesis for a sabre

Is there a nemesis of the sabre?

No, there is no nemesis of the sabre. Much depends on the skills of exponent, and not on the techniques.

An opponent who knows these innate weaknesses, can exploit them. He has a nemesis against kicks. He may, for example, move himself from the kick and strike the kicking leg, or he may fell the exponent as the exponent recovers himself. These weaknesses are innate, it is not because the exponent makes any mistakes.

Against an opponent holding a sabre, I would prefer to use a sword or a staff. This is because of skills, not because of the techniques of a sword, a staff or a sabre. If an opponent is more skilful than me in the use of the sabre against my sword or staff, I would still be beaten. Technically a spear thrust at the middle level is the most deadly to counter. However if a sabre exponent is skilful, he has techniques against the spear thrust.

Is it true that in combat between masters, the one who makes the first move has a disadvantage?

Yes, that is true. In combat between masters, the one who makes the first move has a disadvantage. This is because the other master can respond accordingly to the first move.

The first master may change his punch to a dragon-form to ward off the tiger claw. Following the momentum, the second master would move in to strike the face of the first master with his right elbow.

There are, nevertheless, ways to counter this disadvantage of a first movement. One effective way is to use a feint. The initial punch of the first master may not be a real attack, but a feint one. 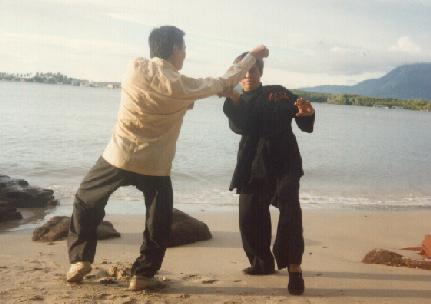 Barry and I honestly believe you to be a great teacher, and relatively speaking, what you are bringing to the world is comparative to the great teachers of the past. You are able to teach, what have often been difficult to understand arts and practices into very simple and easy to understand terms. In addition, you have continuously and successfully been able to bring the arts alive and be practical to enrich peoples’ lives. We think that deserves recognition.

Thank you for your and Barry’s very kind words. I am very grateful for the life I lead, and I thank divine beings regularly. I have good health, vitality, longevity, peak performance and spiritual joys. I am a living example of what I teach.

I enjoy my teaching, and I find joy every day, everywhere. I give health and happiness to people irrespective of their race, culture and religion.

The concepts in the Lankavatara Sutra are often referred to as non-duality. What term do you use for it?

I also use the term non-duality. We may have to explain non-duality to many people, and most of them may not understand, or appreciate our explanation.

In Western religious term, it is God the Holy Spirit, not God the Father in heaven, nor God the Son in Jesus Chris.

In Buddhist terms, this concept of non-duality is expressed as the Spiritual Body of the Buddha. It includes everything there is, and it is undifferentiated. In Sanskrit it is called “Tathagata”, which is often translated into English as “Suchness”. In Chinese it is “kong” (pronounced in English as /khung/), which is “Emptiness”.

In Taoist terms, non-duality is expressed as Tao (spelt as “Dao” in Romanized Chinese, but pronounced as /T’ao/ in English), which is usually translated as “the Way”. In vedantic literature it is called “Brahman”. In scientific terms it is expressed as “the universal spread of energy without any differentiation”.

In “Awakening of Faith in Mahayana” written by the great Indian master, Asvaghosa, in the 2nd century, this concept is called “One Heart”. I did an interpretation and explanation of Asvaghosa’s great work, and called the book “In Quest of Cosmic Reality”. Although it is still unpublished, I considered it my masterpiece, until I wrote “The Way of the Master”.

In the Treatise of Zhang San Feng named “Focusing Spirit Accumulating Energy in Grand Ultimate Practice”, the great Taoist master called the concept of non-duality “the Way of No Two Doors”. 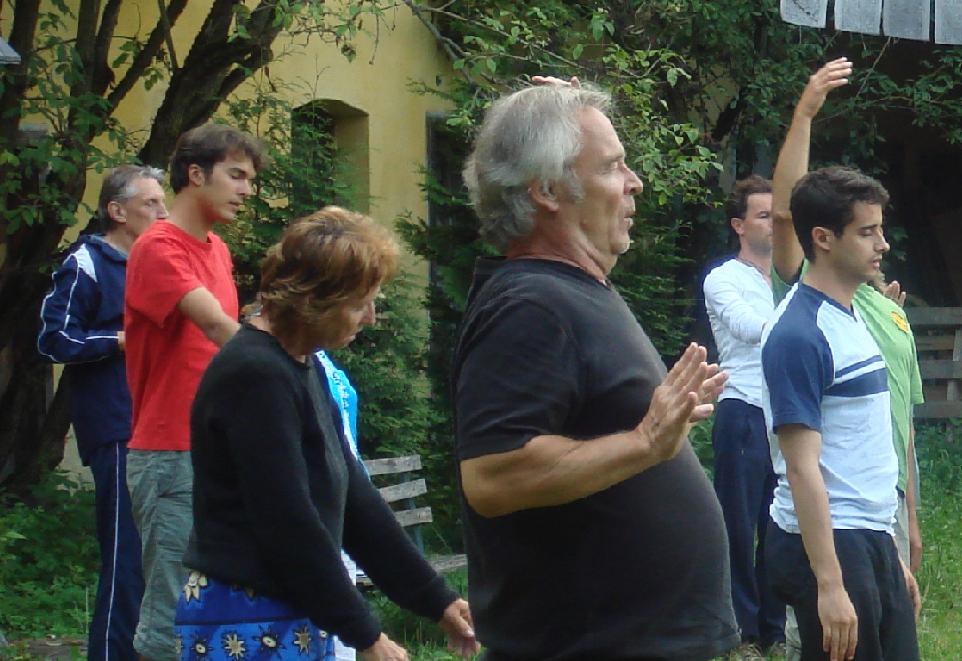 Sifu, you said that Bodhidharma used the concept that the only reality is the mind practically in his teaching at the Shaolin Monastery. How can people use this concept now practically in their everyday?

The concept of non-duality, where the only reality is the mind and all other things are empty and illusory, was excellent in the Shaolin Monastery where Zen originated and was practiced. In Zen terms, it is “Seeing the Original Face”.

“Seeing the Original Face” or “United with God the Holy Spirit” is for the greatest masters. Almost all of us are not ready for this most noble endeavour. But we can benefit from the concept at lower levels.

This dualistic thinking is in fact the cause of many troubles in the world, from personal misunderstanding to international wars.

To most people, stealing is wrong. But to thieves, it is right.

Nations go to war because they feel that their rights have been encroached upon, and their opposing nations are wrong. But all nations feel the same way, irrespective of which sides they belong to.

But how is it that if something is wrong, it can still be right to the same people. Here are some examples.

It is wrong to take some food as it will make a person sick. But after practicing chi kung, he can take whatever food he likes, including the types of food he avoided before.

Here is a question on parenting. Given all the information and experience you have, and all the things you have learnt and seen, if you were advising a 25 years old on how they could successfully bring up a child, and avoid causing them unnecessary harm, what advice would you give?

I would advise him or her to practice chi kung. Given all the information and experience I have, and all the things I have learnt and seen, practicing chi kung from a genuine master is one of the best things that can ever happen to a person.

When a parent practices genuine chi kung, not only he (or she) will have good health, vitality and longevity, he will also have mental clarity and energy to bring up a child and avoid causing the child unnecessary harm. The question is whether the master is willing to teach him.