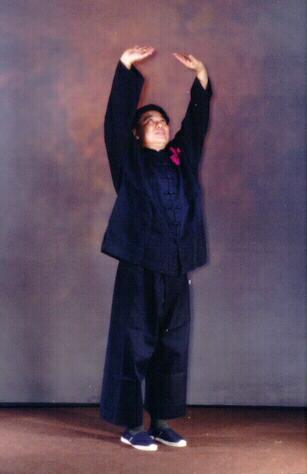 My wife's twin sister has been struggling with depression and intrusive thoughts. Yesterday, she took several pills with alcohol and now she is in intensive care. She has not woke up and doctors are tending to her.

The best for your wife's twin sister is to attend my Intensive Chi Kung Course. I do not offer this course often, but there will be one soon.

The Intensive Chi Kung Course is one of the best courses I have offered. Understandably, many people may wonder what can be learned in a few days of the course.

A few of my seniors have hinted also of even more advanced Cosmos Palm training leading to "Strike Across Space Palm". Could you please comment more on that? Is the training similar to that of "Marvelous Fist" or using "One Finger Zen" to shoot force without contact? How would a practitioner of Cosmos Palm train towards "Strike Across Space Palm"? How would a practitioner even know they were ready for such training in the first place?

Dr Fredrich Chu's questions can be found at March 2021 Part 2.

"Strike Across Space Palm" is real. In his younger days, my sifu, Sifu Ho Fatt Nam, paid a visit to numerous masters. Once an old master of "Strike Across Space Palm" demonstrated his art. He struck across space some hanging lanterns. There was no wind, but the lanterns moved as he struck. Then he stood along a long, low wall and struck at the other end. My sifu could feel the internal force along the long, low wall.

Then my sifu demonstrated his "One Finger Zen". He moved his finger in circles some distance from the other master. The other master could feel my sifu's internal force.

You can train, if you have the time and find it interesting, "Strike Across Space Palm" with your palm sitting at the Horse-Riding Stance.

Place a hanging gong in front of you some comfortable distance away. You must hear the sound of the gong. Gradually increase the distance between you and the gong. Remember to be relaxed and focused. The mind is the most important factor in the training.

A practitioner would know he is ready for such training when he hears a slight sound of a gong at a near distance without touching. 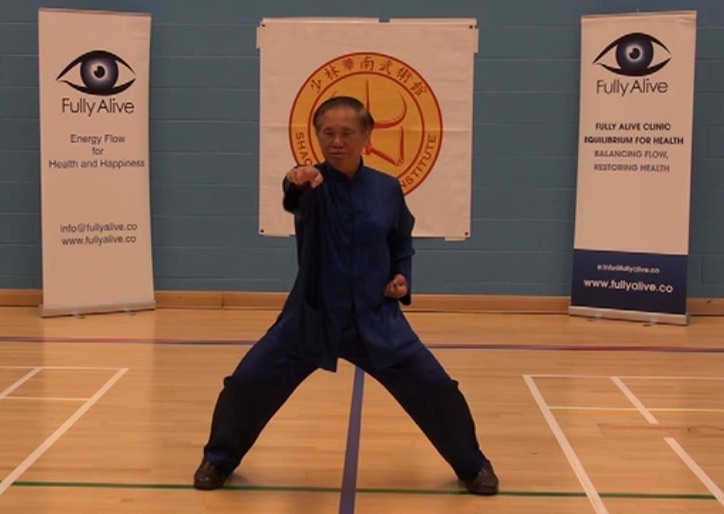 The Cosmos Palm course was one of, if not my absolute favorite courses. Are there any key points or things that you did not have time to go over at the course that you feel Cosmos Palm practitioners should keep in mind as they continue to practice?

The Northern Shaolin "Dragon Form" set was probably my favorite set from the Glory of Shaolin course in Finland. I feel very lucky to have learnt it! "Double Dragons Emerge From Sea" has rapidly become one of my favorite internal force exercises. Are there many Northern Shaolin sets that include force training in their sets like the "Dragon Form"? I have seen many Wudang and Taijiquan sets include performing "Cloud Hands" or "Grasping Sparrow's Tail", but I have not seen many Northern Shaolin sets include force training.

As you should know well, the Cosmos Palm course was conducted when Max Fenton caught me in an unguarded moment. He asked me whether I would conduct a Cosmos Palm course. As I usually agree to what organizers suggest, I answered "yes". I have to keep my promise and I am glad I offered the course.

As far as I know, I do not have any important points I did not have time to go over at the course. A Cosmos Palm course when competent students are ready, would take years, but we took only a few days.

One of my favorite Northern Shaolin sets was the Seven-Star Set. There was no special force training method in the set, and I did not know of the "Eighteen Lohan Art" then.

I remember my sifu, Sifu Ho Fatt Nam, asked me to jump in a particular way when I was already quite competent. With hindsight, I realize that he was training me to be agile, not just physically but also intellectually.

The obvious difference is the phoenix-eye fist which can be found in the "Dragon Form" set but not in the "Dragon Strength" set as I first learned it.

Different people will find different strengths in the two different sets. Personally, the strength of the "Dragon Form" set is dodging, like in "Dark Dragon Nods Head" and "Angry Leopard Charges at Fire" where an exponent dodges an opponent's attack and counter-attacks simultaneously. The strength of "Dragon Strength" is its versatility. It can be used to develop any internal force, including the most consolidated like Iron Wire, and the most flowing like Yang Style Taijiquan.

There is no nemesis to the "Dragon Form" set. If I were to spar with a "Dragon Form" opponent, I would avoid his strong points, which are dodging and dragon strength, and attack his weaknesses using my specialty which is chin-na.

As far as I know there are no fine or key points about the "Dragon Form" set that all practitioners should keep in mind, or I was not able to go over at the Glory of Shaolin course. I taught the best at every course within the time given. 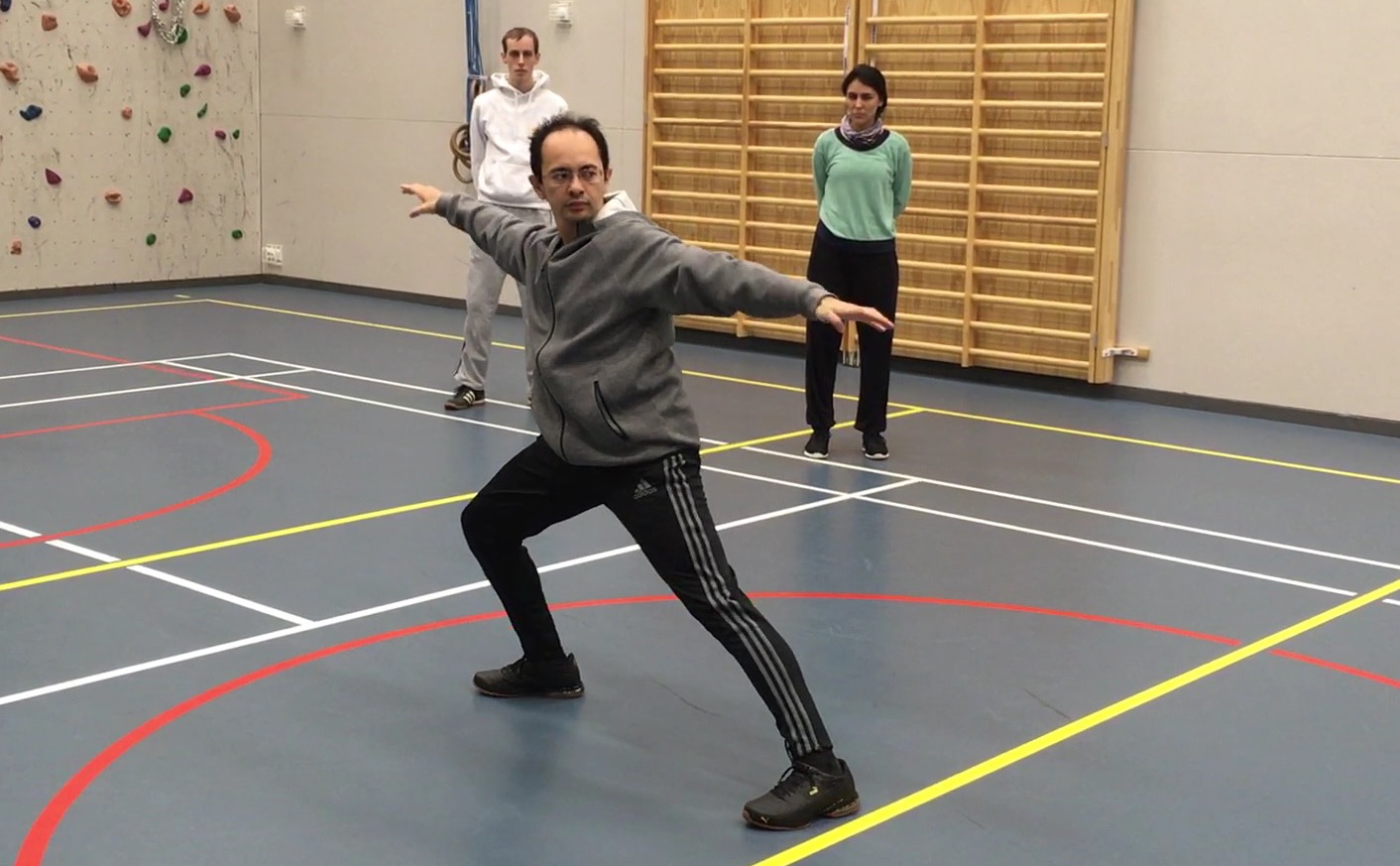 I hope this email finds you in great health and happiness as always.

I was approached by an event organiser arranging for a company for their dealers. They just wanted a 3-5 minutes performance and are asking how much is my fee for the demonstration.

I am sure you too are always healthy and full of vitality, as all those who practice our Shaolin Wahnam arts are. When you get old, as you are still young, you will enjoy longevity. Although I am still young, although I am over 75, I believe those who are past 60 can claim to have longevity.

Because of your good training, you can pick up any sets you like and perform them very well -- much better than world renowned masters. I once saw on video a world renowned Baguazhang master who was acknowledged as an authority, who turned around slowly to show a Baguazhang application, thereby giving an opponent sufficient time to attack. But he has longevity, presumably about 80 years old, and he has good health but lack vitality. Dong Hai Chuan, the Baguazhang First Patrariah, must be appalled.

The Baguazhang technique can be applied in a situation where turning around can be advantageous, but certainly not in a slow manner where an opponent could have plenty of time to strike him. A Baguazhang master, despite his age, should have vitality. He should also have good health, peak performance and find every day peaceful and happy.

I also saw on videos a world renowned Taijiquan master who was acknowledged as the world authority, including in China, who bounced about showing some Taijiquan applications. Indeed he showed what one should not practice in Taijiquan. In his deomonstration, he showed nothing that past Taijiquan masters mentioned, like "starting with the back leg, rotating the waist, and ending at the hands". But he did something good; he inspired me to write "The Complete Book of Tai Chi Chuan", in which I mentioned that 90% of Taijiquan practitioners derived less than 10% of what Taijiquan should give.

If possible, please send one video clip of "drawing the moon".

Most people, however, practice only chi kung techniques, though they call their practice "chi kung" (spelt as "qigong" in Romanized Chinese), and they are unaware of it. Hence many so-called chi kung practitioners are sick and weak, though chi kung will make them healthy and strong.

I strongly suggest that you attend my Intensive Chi Kung Course, where you will learn amongst other things the skills of practicing chi kung. It is understandable that many people wonder what can be learned in a few days of the course. You can learn a lot. Please check available dates from my website. 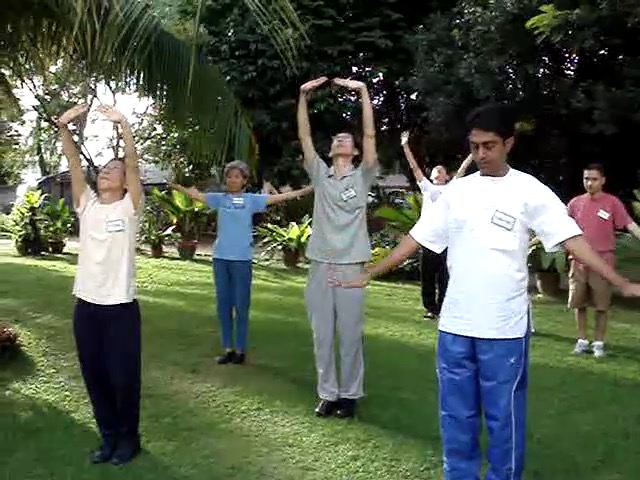 Chi kung should be practiced everyday

What do you think if you live in a house with bad feng shui?

"Feng shui" literally means "wind-water", and figuratively refers to the energy of the environment. If the "feng shui" of a place is bad, it is better to move house.

There is a saying as follows. "One, virtue; two, life; and three, feng shui". It means that the most important is a person's virtue, next concerns his life, like whether he is born into a prosperous family and his philosophy of life, and only then comes feng shui.

A student told me a story many years ago. A famous feng shui master was dying of thirst. He came to a house asking for water. A poor woman gave him a bowl of water but it was covered with straws. The master had to take out the straws carefully to drink the water.

They had a chat. The woman asked him where he came from, and he told her his name. "Oh, you are the famous feng shui master. I have been very poor for a long time. May I ask you a place of good feng shui?"

The famous feng shui master wanted to play a trick on her, remembering the straws in the water. He recommended her a place of very bad feng shui.

After many years the famous feng shui master was at the same place. He wanted to find out how badly the place of very bad feng shui had affected the woman who gave him some water with a lot of straws. He went to the place of bad feng shui and was surprised to find a big house. It was obvious that the people in the house led a very good life.

The woman could recognise him. "Why did you put a lot of straws in the water?" the famous master eventually asked.

"Oh, you could die if not for the straws. You had to separate the straws which meant you would drink the water slowly."

If a person practices chi kung regularly, do you think he can compensate or balance this bad influence of feng shui or would it definitely be better to change house?

It is better to change house.

Ours is very high level chi kung. So we have to guard against over-training. Most people practice gentle physical exercise, though they call it "chi kung", and they don't realize it.

Feng shui is the art of managing energy for the environment. If a place has very bad feng shui, it is better to go to a place of good feng shui. Why do you let a place of bad feng shui affect you? Besides the wonderful benefits of chi kung, which you must practice every day, our chi kung will make you lucky.

If you ask a Chinese who speaks Chinese, what is good luck in Chinese, he would tell you "hou wan hei" in Cantonese Chinese, or "hao yun qi" in Mandarin Chinese. The written words are the same though the pronunciation is different. "Hou wan hei" or "hao yun qi" means "good circulation of energy".