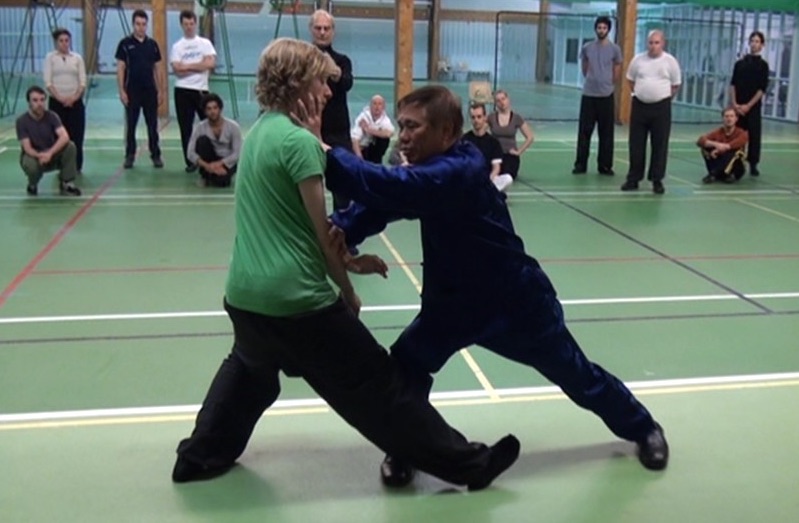 A Hoong Ka kwoon I've been training at places a heavy emphasis on Asking Bridge as a training tool for sensitivity and for developing skills to eventually use in free sparring. The sifu said that Asking Bridge was so important that in the past, Hoong Ka was called "Twelve Bridging Hands Kung Fu" in some circles. He said that the Bridge Hand (which resembles the One Finger Zen hand-form) is often used.

In documentaries and videos I have seen on YouTube, I see many Hoong Ka practitioners using the Bridge Hand in exercises which resemble Shaolin Wahnam's Asking Bridge.

Asking Bridge is important in Hoong Ka Kungfu, though many Hoong Ka schools today do not practice it. The hand-form usually used in Asking Bridge is the Tiger Claw or the One-Finger Zen hand form.

The term “bridge hand”, or “kiew sau” in Chinese (Cantonese), refers to the forearm. This term is usually used in Hoong Ka Kungfu. It is often the part that maintains a bridge, or in contact, with an opponent. Irrespective of whether the hand is held in a One-finger Zen hand form, Tiger-Claw or any other hand form, the forearm is still referred to as the “bridge hand”.

The “bridge hand” or forearm is popular in all styles of kungfu, though in other styles other than Hoong Ka the term “bridge hand” is seldom used. This is because it is the part that is usually in contact with an opponent.

Using the “bridge hand” with the One-Finger Zen hand form is ideal in Hoong Ka Kungfu when the focus is on developing internal force. The One-Finger Zen stimulate energy flow along the lung meridian. As the lungs are organs responsible for energy, this can develop a lot of internal force. The bend of the wrist consolidates the force at the forearm.

When the focus is on sensitivity instead of on force, as in Wing Choon Sticking Hands and Taijiquan Pushing Hands, the palm is relaxed, not bent backward, thus facilitating energy flow and promoting sensitivity. If you observe Wing Choon practitioners performing Sticking Hands or Taijiquan practitioners performing Pushing Hands, their wrist is rounded in a curve, not bent backward at an angle. But when they want to strike or push, they bend their hand backward to consolidate energy for more force. So by controlling your wrist, you can activate your energy flow or consolidate it for better sensitivity or more force.

In Wuzuquan Kneading Hands, where force and sensitivity are needed in about equal proportion, the purpose can be achieved by having wrist relaxed but the fingers close. You can experiment yourself by having your fingers close together, and then move them further apart. You will find that when your fingers are close together, you consolidate force, and when you move them apart you let your energy flow. When a Wuzuquan practitioner wants more force to control his opponent, he will also bend his wrist to consolidate energy.

Here, we use physical movement to let energy flow for better sensitivity, or consolidate energy for more force. At higher levels, we can use our mind.

In theory one could use any hand form, such as a leopard fist, a phoenix-eye fist or a close fist, but in practice these are poor choices as they are not as suitable in controlling internal force. But if you are overwhelming more powerful than your opponent, you can use these or any hand forms.

The term “thread hand” refers to moving the hand upward like pulling a thread with a needle. An exponent usually uses the open palm or the dragon hand form when performing this “thread hand” movement.

The “thread hand” is an effective movement, and is often used in Asking Bridge. When an opponent strikes you, for example, you can ward off his attack with a “thread hand”. While performing the “thread hand” movement, you can use a One-Finger Zen hand form, a dragon hand form, a willow-leaf hand form or any suitable hand form. The part of your forearm in contact with your opponent’s attacking arm is called the “bridge hand”. 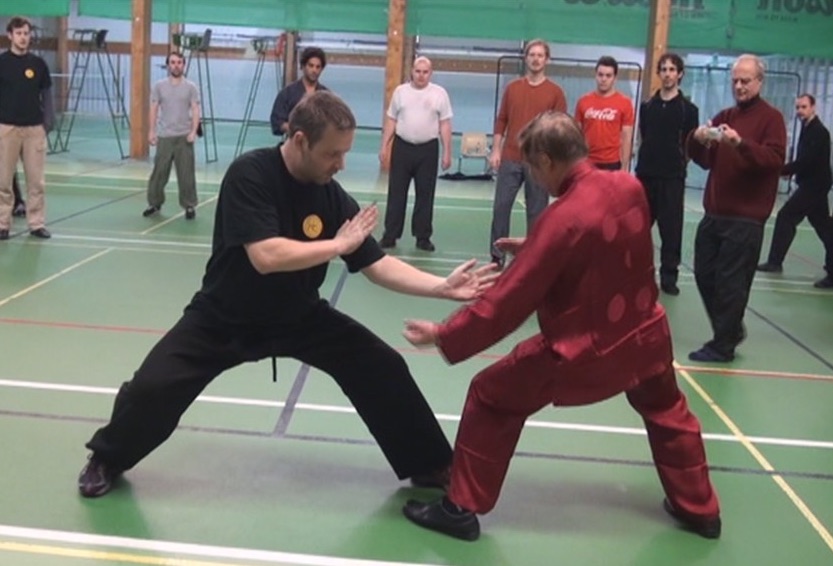