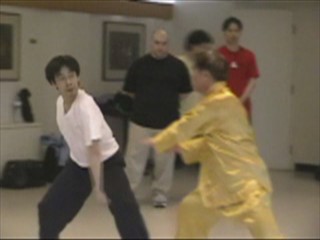 If an opponent swings his arms, which are like two powerful iron rods, continuously and systematically on you, how would you counter? If you block the attack, his powerful arm comes down on your block. If you step back or side step to avoid, he moves into you with his powerful swinging strikes. If you counter-attack, he swings his powerful arm on your attacking arm, leg or any part of your attacking body. Such a technique, tactic or strategy — the terming of which depends on how it is used — is very formidable. It appears impenetrable.

Although many martial artists may find the attacks impenetrable, a master can easily penetrate them. Some impromptu examples are given. This video clips records some of these lessons.

The surprise does not stop here. A skillful practitioner can use the swinging attacks, formalized in the pattern “Three Rings Around the Moon”, to counter the counters that are meant to counter them. For example if your opponent uses “Poisonous Snake Shoots Venom” first to cover your “Lohan Chops Firewood”, then continues to thrust his palm strike into your throat, you can counter this “Poisonous Snake Shoots Venom” using “Lohan Chops Firewood”! This is a good example that skills rather than techniques are the decisive factor.

The surprise continues. A master may use just one pattern to counter any and all continuous swinging attacks. Isn't it fun to train combat application in Shaolin Wahnam? 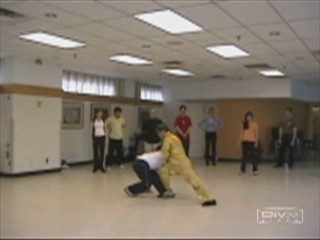 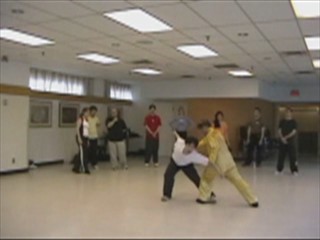 Dislocating the Elbow of the Swinging Arm

Here is another impromptu example of how to break the momentum of the continuous swinging attacks. The Tantui exponent avoids the initial swinging attacks, then following the attacking momentum grip an attacking arm with one hand and dislocate its elbow with the other.

There are many counters against an opponent using the swinging attacks of “Three Rings Around the Moon”. The Tantui exponent counter-attacks as soon as the opponent attacks. Various techniques are employed, including covering, subduing, intercepting and following. 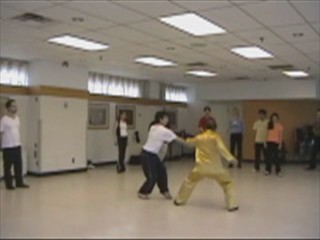 But one must not be dualistic or rigid, thinking that the counters shown must always overcome swinging attacks. The reverse can also be true. In other words, if A overcomes B, B may also overcome A. The crucial point is skills. 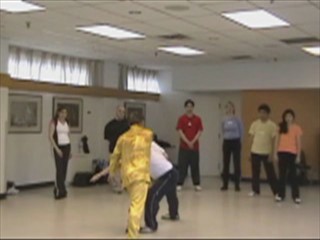 Skills not Techniques that Decide the Winner

The opponent employs various techniques, including a thrust kick, to counter the Tantui exponent swinging attacks. But the exponent reverses the advantages. These examples indicate that it is skills and not techniques that decide the winner. 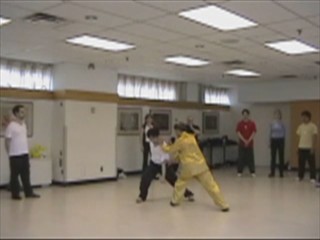 Now the roles are reversed. The opponent attacks with the swinging fists of “Three Rings Around the Moon”. The exponent uses just one pattern, “Green Dragon Shoots Pearl”, to counter the opponent's varied attacks. 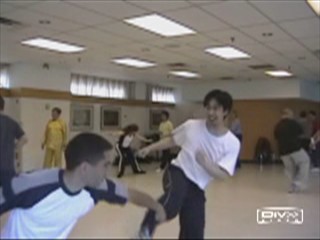 Participants practice using “Three Rings Around the Moon” and their counters. In the foreground are Sifu Michael Chow and Assistant Instructor Andre. Sifu Chow poses as a Boxer, and Andre employs swinging attacks on him. 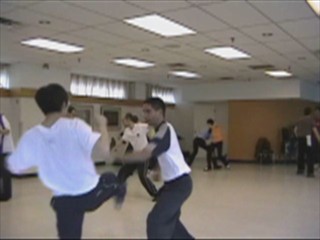 Participants are having fun applying “Three Rings Around the Moon” against other techniques. In the background Hubert and Joe use swinging fists against kicks. 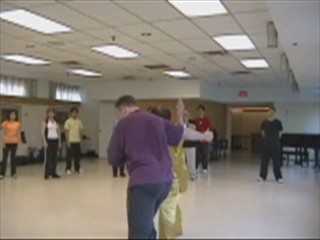 The Swinging Technique is Not a Block

Continuous swinging attacks do not rely on brutal strength. The technique is a swing, and not a block. Sifu Gordon, the biggest person there, chops at the exponent. Firstly the exponent attempts to block the attack. This is a mistake and may result in a broken arm. Then the exponent shows how to swing away, not block, the powerful downward chop.

Penetrating the Impenetrable in Shaolin Tantui from Wong Kiew Kit on Vimeo.