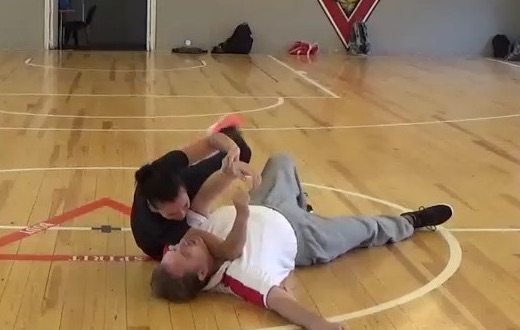 Kungfu is for fighting

My friend and I learn Shaolin Kungfu from a famous instructor here. But we still cannot use our techniques to fight. I see in your webpages that your students use kungfu techniques for sparring. We still put on our gloves when we spar. Can Shaolin Kungfu be used for fighting?

There are many reasons for this degeneration.

A main reason is that the present Chinese government promotes Shaolin Kungfu as a sport, and not for fighting. The government is pragmatic; promoting it as a sport gives the people recreation, promoting it for combat is outdated. Today wushu, which is the Chinese term for kungfu, and almost all of wushu is Shaolin, is for demonstration, there is no fighting. The promotion of wushu has great influence on Shaolin Kungfu today.

We in Shaolin Wahnam independently adopt this pragmatic attitude. Although we still practice combat application, we train kungfu, Shaolin and other styles, for enhancing our lives, like giving us good health, vitality, longevity, peak performance, mental clarity and spiritual joys. We practice combat application because it is precisely this training that gives us the wonderful benefits of kungfu.

Another main reason is that it takes a longer time to be proficient in using Shaolin Kungfu for fighting. As a rough estimate, it takes just 6 months for a person using Boxing for fighting, but it takes him three years, if he is fortunate to learn the techniques and skills, in Shaolin Kungfu to be combat efficient.

A third reason is that the methodology of kungfu fighting is generally lost. This is due to various factors. One important factor is the change of times. Kungfu fighting was necessary in the past, but not in our law-abiding societies. An important factor was the influx of Karate and later Taekwondo schools, which openly advocated free sparring as part of their training. Many kungfu practitioners copied their methods.

Today, sanda which mostly uses Boxing techniques is popular among kungfu practitioners. Actually, sanda, which means free sparring in Chinese, has been in kungfu training since classical times. Of course, in the past when kungfu practitioners sparred or fought, they used kungfu techniques.

A main reason why combatants put on gloves when they spar is to avoid serious injury. Another reason is influence from Boxing.

The irony is that in our sparring where combatants do not put on gloves, there is no injury, and is often marked by laughter. This is because our students are used to having excellent control, which was the norm in the past.

Was it true that masters in the past could fight using kungfu?

It was certainly true that masters in the past could use kungfu for fighting. The masters did not use gloves, and they fought the way they trained. Fighting using kungfu techniques and skills was well documented in writings and pictures.

Not only masters in the past but even ordinary students used kungfu for fighting. It would be silly of them not to use kungfu, as they had not only trained in kungfu, but also kungfu was most sophisticated compared to other martial arts. Many martial arts would face much difficulty facing kungfu techniques. The various methods of developing internal force, which was unique in kungfu, were not found in other martial arts. Kungfu schools systematically and progressively taught tactics and strategies, which were not available in other arts.

Sanda, which means free fighting, was an important part of kungfu training. Kungfu practitioners, of course, used kungfu for fighting. 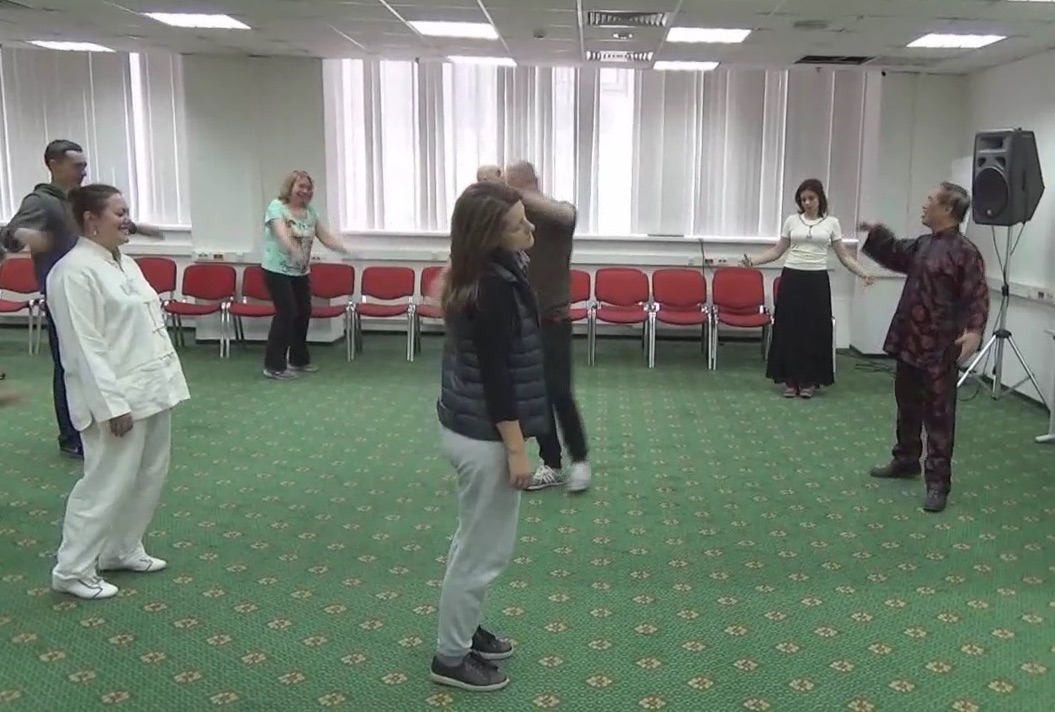 What chi kung exercises should I practice to improve my eye-sight?

One of the best exercises to improve eye-sight is the Shaolin Eight Eye Techniques. The eight techniques are:

I described the techniques in my Question and Answer Series, but right now I don't know in which issues they are found. You need to do a search in the search engine provided on my home page.

I was surprised that everyone in our class had a chi flow. You have mentioned that chi flow is very important in chi kung. I have practiced chi kung before from another school, but there was no mention of chi flow.

Chi flow, or "xing qi" in Chinese, is very important in chi kung. It is its essence. It is chi flow that gives the benefits of chi kung, like overcoming illness, having good health, vitality, longevity, mental clarity and spiritual joys. Not many people know this fact. Indeed, chi kung has degraded to become gentle physical exercise.

In our school, chi flow is obvious. An observer can see our practitioners move about in chi flow. But in most other school, the chi flow cannot be obviously seen. The chi flow, if any, is inside the practitioners' bodies. In most cases, there is no chi flow. 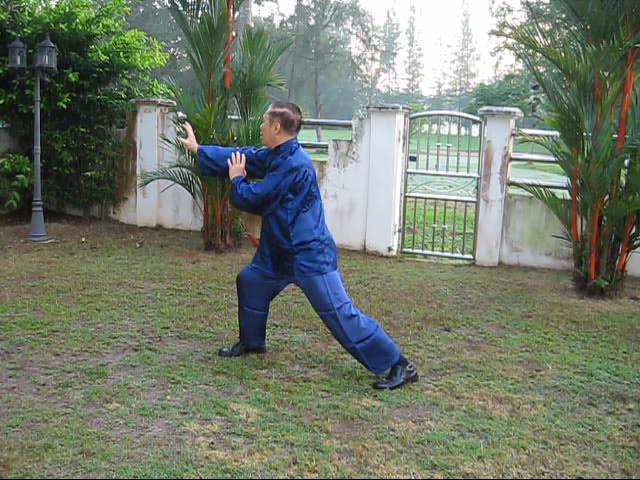 What is the difference between a dragon claw and a tiger claw?

I'll be glad to know if there is any kind of chi kung exercises that I can practice in order to regulate my menstruation cycle and activate my body to get pregnant.

It is a common mistake for many people to think that if they know a chi kung technique, they will derive chi kung benefits, like regulating their menstruation circle, activating their body to get pregnant, overcoming illness, maintaining good health, and attaining vitality and longevity. This is not so.

Let us take a few examples. Suppose you know some driving techniques, whcih you can learn from a book or a video. But if you do not have any driving skills you still do not know how to drive even when you know the techniques.

Suppose you learn some swimming techniques. You can also learn them from a book or a video. But if you do not have swimming skills, you will not know how to swim even if you know the techniques.

It is the same with chi kung. If you just know the techniques but do not have the skills, you will still cannot perform any genuine chi kung or get any chi kung benefits.

Chi kung skills need to be learned from a master. I would suggest you attend my Intensive Chi Kung Course. Please check my website for available dates. I don't offer such courses often. Regulating your mensuration cycle and getting pregnant are relative easy with chi kung practice.

The last time you were late in applying for a chi kung course. So, this time you must apply early. 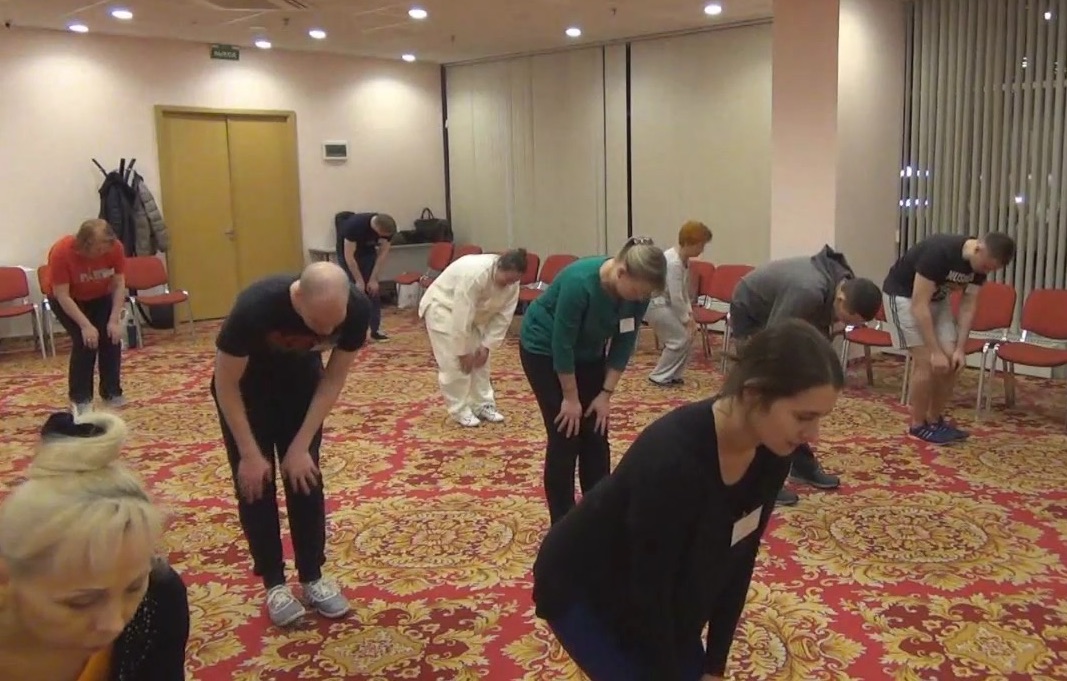 The knees are related to the kidney system

Are knee problems related to any organs?

Knee problems may or may not relate to internal organs, but internal organs have a direct effect on external organs, like the kidneys affecting the knees. This is a fact in traditional Chinese medicine not normally known by many modern people.

If the kidneys are weak, it may manifest as knee problems. In fact, in Chinese medical philosophy those who indulge in sex excessively may weaken their kidneys, and thus have knee problems.

Many elderly people have weak knees, often due to insufficient lubricant at their knee joints. I am not sure whether this is related to their kidneys. But strengthening their kidneys, like performing "Nourishing Kidneys", "Pushing Mountain" and "Rotating Knees" in Eighteen Lohan Hands, or performing the Bear Play in Five-Animal Play, can overcome their problems. I believe these exercises produce more lubricant for their knee joints.

What are the internal organs that are related to emotional problems?

The internal organs that are related to emotions are as follows:

There have been many interesting case histories of Chinese doctors using the five elementary processes to overcome emotional problems. Tuberculosis affects the lungs which is represented as metal in the five elementary processes. Metal is nourished by earth, which corresponds to the spleen and stomach. During a tuberculosis epidemic in Vietnam, which was under the suzerainty of the Ming Dynasty then, a Ming emperor sent a team of Chinese doctors who saved thousands of lives by nourishing tuberculosis patients with good food.