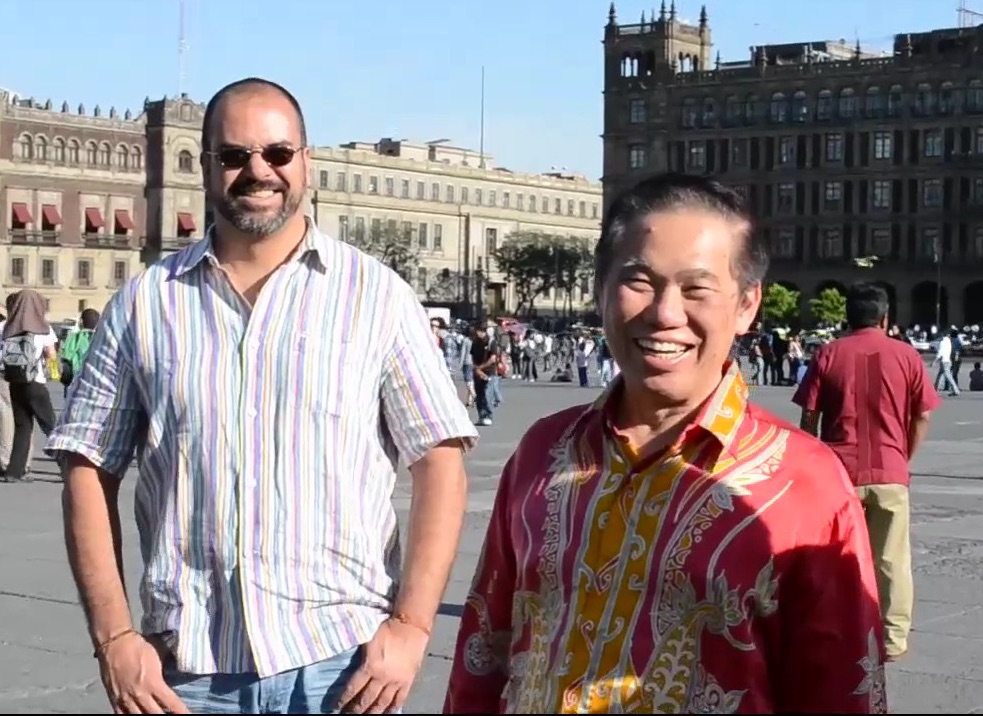 What terms are commonly used in Chinese that had their origin in chi kung?

Actually, word or word, “kai xin” is “open heart”, “hou yun qi” is "good circulation of energy”, “fa bei qi” is “manifest spleen energy”, and “da tan” is “big gall bladder”. But when you ask a Chinese what “kai xin” is, he will tell you that it means “happy”, and so on.

Chi kung (spelt as “qigong” in Chinese) masters discovered long ago that when a person’s heart was open, he would be in a mental or emotional stage of being happy. When a person had good circulation of chi, he would have good luck. If he manifested his spleen energy, i.e. chi in his spleen, he would be temperamental, like pulling his hair or stamping his feet. When there was a lot of chi in his gall bladder, he would be brave. Because of its long history, most Chinese today may not know the origin of these terms.

Can you explain why the Small Universe takes a longer time to attain than the Big Universe?

The Small Universe will give us a lot of good health, vitality, longevity, peak performance and spiritual joys. The Big Universe will enable us to realize that our spirits never die. We change our physical bodies, but our spirits or souls live on forever in the phenomenal realm until eventually our personal spirits merge with the Cosmic Spirit, called variously in different religion as God the Holy Spirit, the Spiritual Body of the Buddha, or the Way.

Not many people, understandably, have a chance to learn the Small Universe. Indeed, the great majority of people in the world do not understand this philosophy. 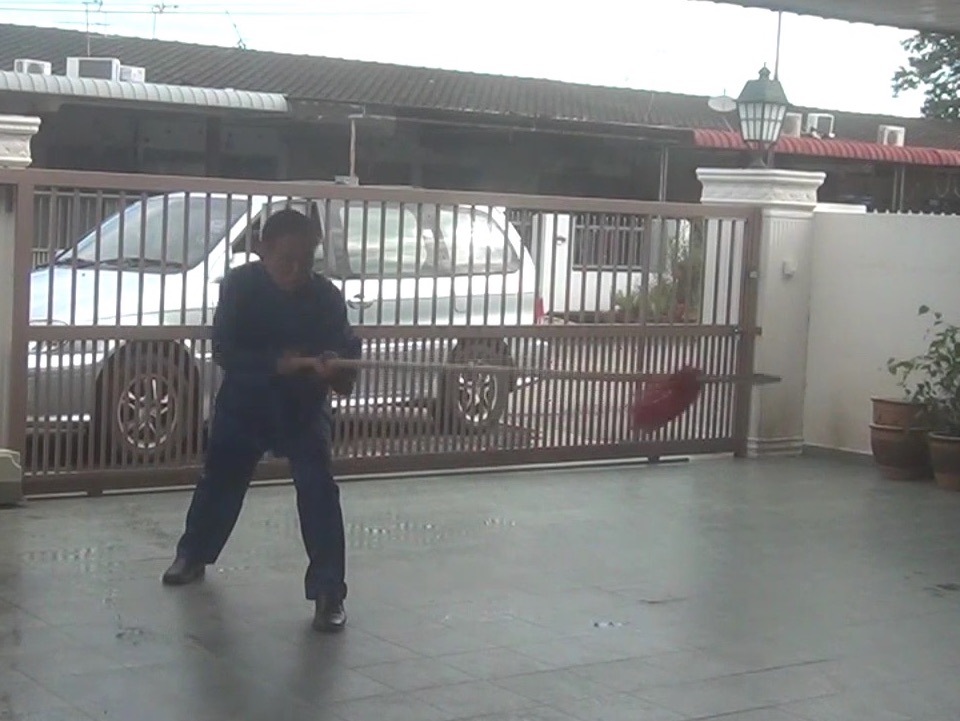 Have you ever considered making a Tai Chi Spear form? If so, where would you go for inspiration?

I have been looking at various Taijiquan style spear forms and I have seen people simply train spear techniques in a repetitive fashion.

The spear is the "King of Weapons" and therefore I feel my training is lacking somewhat if I don't have a systematic way to train the spear.

The Taiji spear, named Taiji Traveling Dragon Spear, is now ready. I am enclosing its video for you.

For inspiration I would examine the principles of weapons, especially the spear, and various sources of the spear.

In composing this set, I have considered principles of kungfu weapons, and have viewed many sources on the Taiji spear. I also have to make the set relatively short so that it is easier to practice. If a practitioner wants to practice more, he can repeat the set many times. Hence, I have to condense many important points into a relatively short set, but giving sufficient practice for the main points.

I once asked my sifu, Sifu Ho Fatt Nam, whether a dedicated practitioner should practice both sides, i.e. the left side and the right side, as at that time I was learning "Four Gates" which was mainly right handed. In his typical Zen manner, my sifu asked me in return whether I would practicing writing with my left hand and my right hand. Then he continued saying that for a left-hander, practicing "Four Gates" would enable his right hand, which was his supportive hand, be as good as his left or main hand.

There is a difference between "piercing" and "thrusting". In piercing, as in the most deadly technique of the spear, a practitioner moves his main hand to his supportive hand, as in the pattern, "Green Dragon Shoots Pearl". In the Taiji spear, the main hand is the right hand holding the head of the spear shaft (in kungfu terminology) or the end of the shaft (in normal English).

In "thrusting", as in the pattern, "Yellow Dragon Emerges from Cave", the main hand and the supportive hand, i.e. the left hand in front and the right hand at the back, remain at their respective positions. The spear is thrust forward. There are a few thrusting patterns in the Taiji spear. Thrusting is the main technique in the staff set, "Flowing Water Staff". The staff and the spear have different properties.

While piercing to the head or to the leg are important, and in some combat situations they may be necessary, the main technique of the spear is to the body, known as "middle spear" in kungfu terminology.

"Pressing" is mainly used to press again an opponent, like pressing him against a wall so that he cannot use his weapon. Many people think that "pressing" is merely to block an opponent's weapon.

"Whirlwind sweep" is important when fighting against multiple opponents. If you use "middle spear" against an opponent, other opponents may come in to attack you. When you use "whirlwind sweep", like in the pattern, "Whirlwind Sweeps Leaves", you cause your multiple opponents to move away so that you can apply the tactic of "killing a cockerel to scare away monkeys", or "breaking through the weakest".

Bodhidharma’s approach to the Way can be classified into two methods. In one of his famed teachings in China, he spoke of these two kinds of entry to the Way. They are

Bodhidharma is regarded as the founder of Zen. Zen originated in India. The Buddha, i.e. Siddharta Guatama, born in 563 BCE although some sources regarded his birth at 480 BCE, was the first Patriarch of Zen in India, and through 28 successors it was passed on to Bodhidharma, who brought it to China.

The four practices taught by Bodhidharma are

Because of insufficient understanding, some people think that Buddhism is fatalistic or nihilistic. This is wrong. Joy is a very important aspect in Buddhism. No one could be more joyful than the Buddha when he was a prince in his father’s place. In fact the aim of Buddhism is to find everlasting joy in Enlightenment. But to live in the phenomenal world is suffering when compared to the everlasting joy in Enlightenment.

To Unite with the Way is to attain Enlightenment, i.e. to be experientially enlightened that there is nothing or just a spread of universal energy without any differentiation. In religions terms it is unity with God, or to attain Tao, or to be liberated.

In Shaolin Wahnam we accept this four-step approach, but we may not give it our top priority. Ours is a kungfu and chi kung school, not a religious or spiritual center. As we still live in our phenomenal world, we use kungfu and chi kung to enrich our phenomenal life. We have good health, vitality, longevity, peak performance and spiritual joys. When we are ready, i.e. when we want to merge with Cosmic Reality, called variously as God, the Buddha, or Tao, this four-step approach, or by whatever name we call our religious or spiritual cultivation, is excellent. 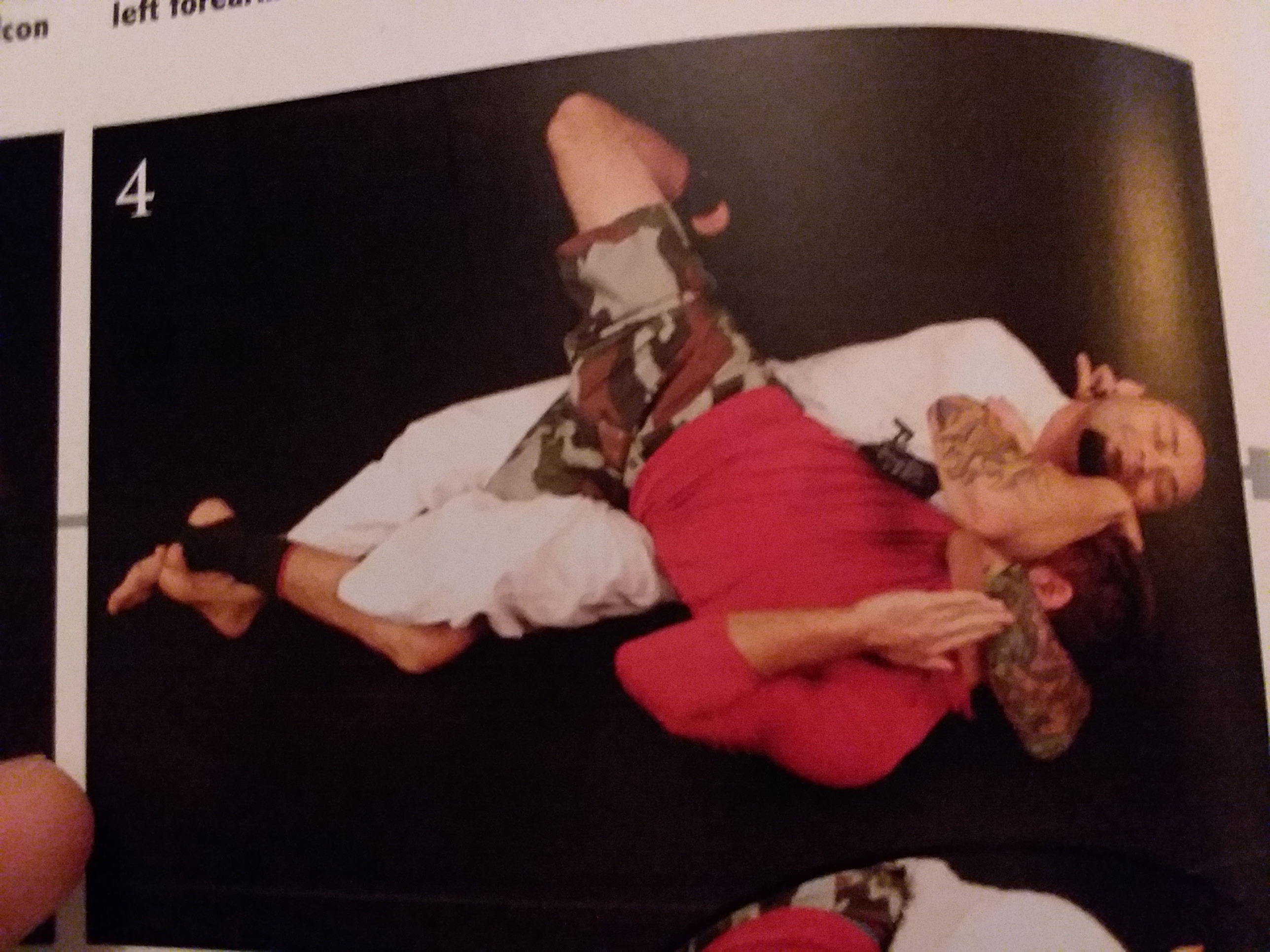 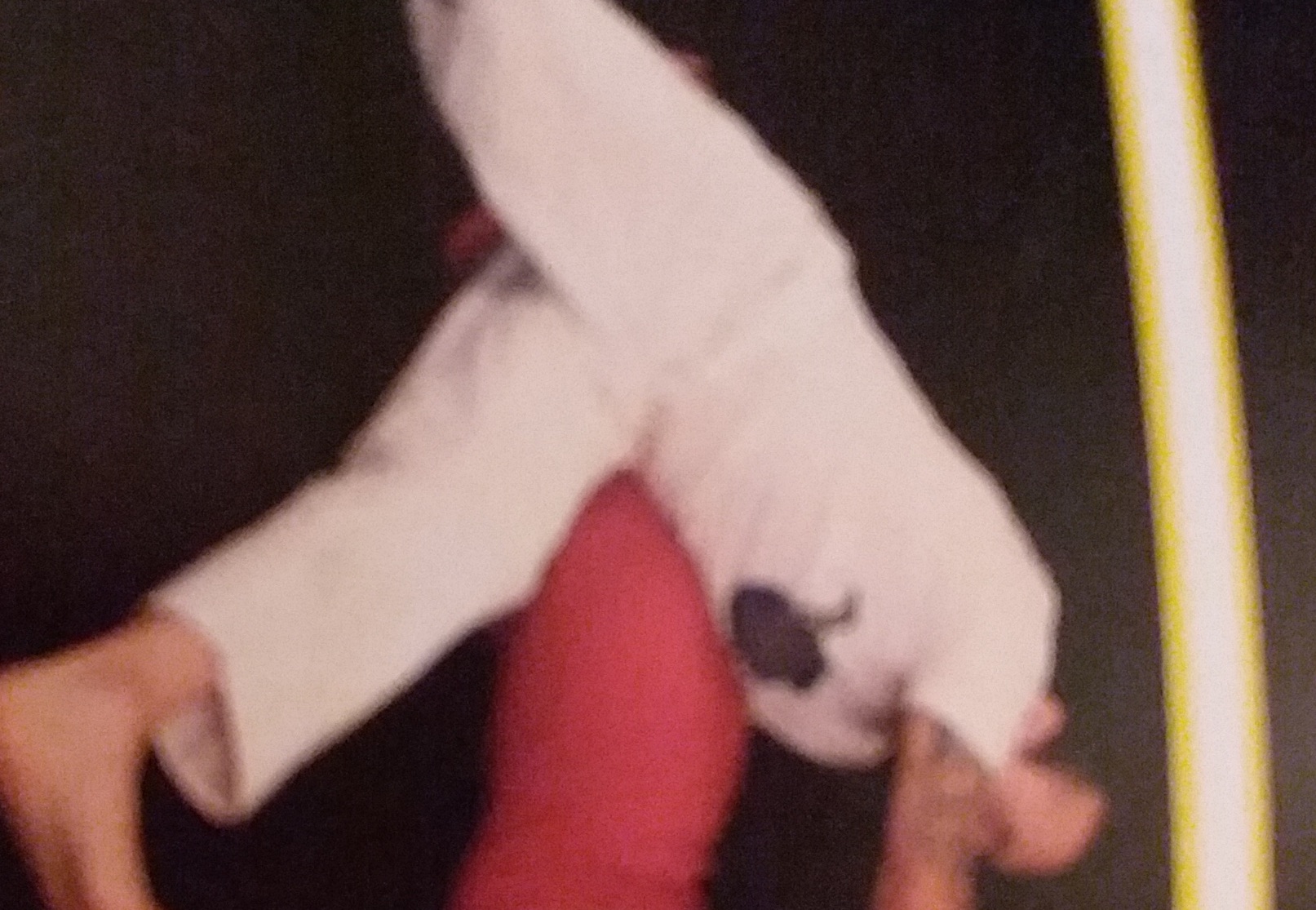 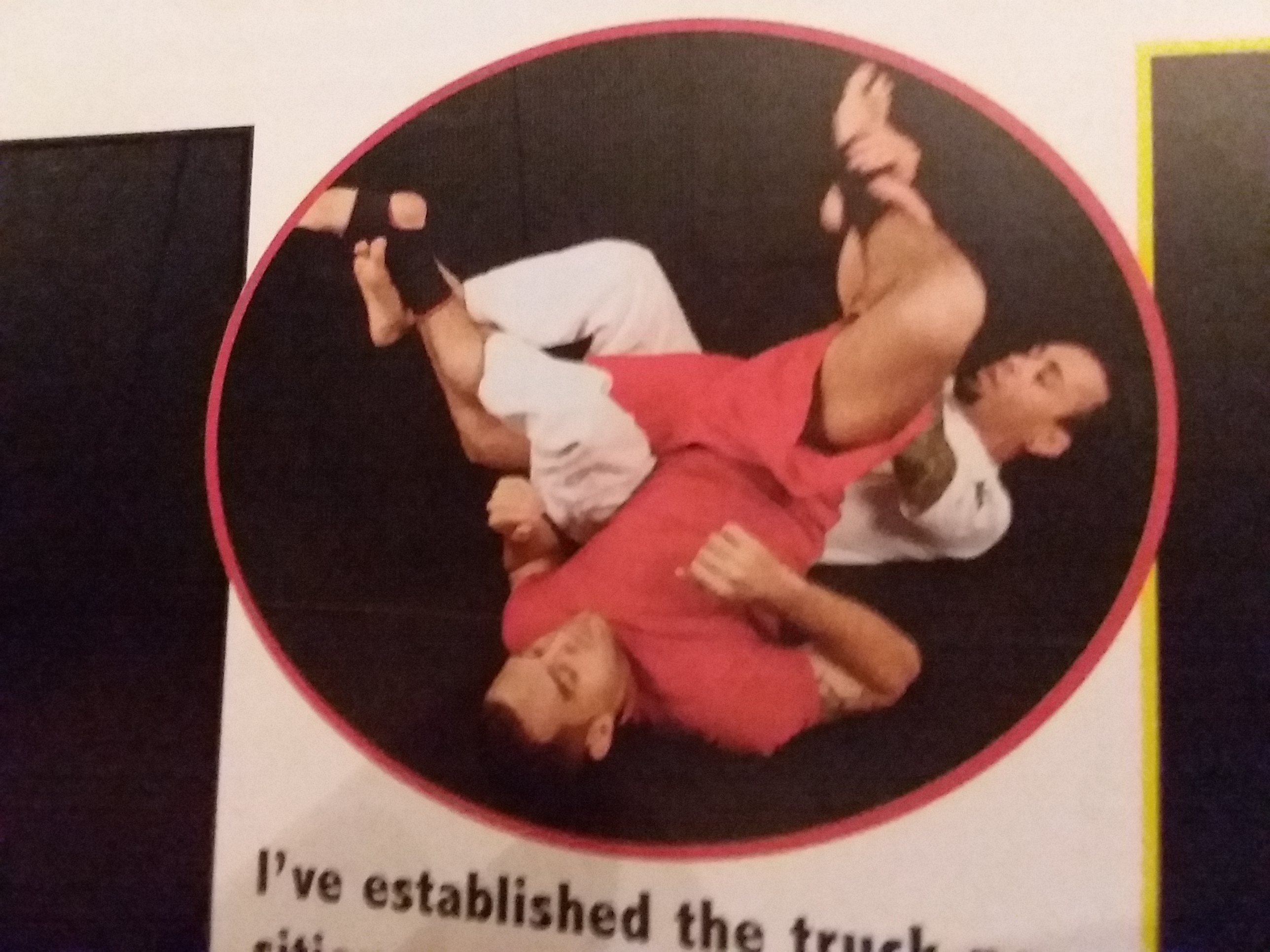 You said the Shaolin kung fu is actually better because the “zen" is bigger and deeper than the "chi". Before getting interested in tai chi, I went to some Shaolin kung fu schools here. I don't know if it is "true Shaolin kung fu", but I get frustrated with it. I didn't liked the system of the coloured stripes. Imagine one day I get the black stripe, the master one. Where do I go from there? Finished. So I get annoyed with that idea.

I get sympathy for Tai Chi because it doesn’t need the special clothes and there is no numeric or colored degree. What is your opinion about the stripes of kung fu and what is the main difference between tai chi and kung fu?

I didn't say that Shaolin Kungfu was better because its "Zen is bigger and deeper than chi."

I don't know whether the school you refer to practice "true Shaolin Kungfu". In my opinion, most schools do not practice genuine kungfu. For kungfu to be genuine, practitioners must be able to use their kungfu techniques for combat. Most kungfu practitioners today merely practice external kungfu forms and cannot apply their techniques for fighting.

In genuine kungfu, there is no belt system.

Taijiquan is kungfu, which is Chinese martial art now practiced all over the world. The word "quan" at the end of "Taijiquan" indicates that it is a martial art. Shaolin Kungfu in Chinese is called "Shaolinquan".

There are many types of kungfu, such as Shaolin Kungfu, Taijiquan, Baguazhang, Xingyiquan, Wing Choon Kungfu and Eagle Claw Kungfu.

Most people practice just the external form of Taijiquan, which is usually shortened to Taiji, or Tai Chi in English. They have no internal force and cannot use Taijiquan techniques for fighting.

Please explain how one might escape from these take-down techniques. Please also give the kungfu names. (Please see Photos 1, 2 and 3 above.)

From the perspective of Shaolin Kungfu, the take-down which is usually initiated by the shoot, is suicidal as it dangerously exposes the opponent. It is protected in Judo and Wrestling by safety rules. If not for the safety rules, the opponent would be killed or seriously injured.

As an opponent is at the start of the take-down, when his hands are about to grasp the legs of the exponent, the exponent moves any one leg back at a suitable stance, like the sideway Horse-Riding Stance, and slaps his palm at the opponent's head or spine, killing or maiming the opponent. The exponent may, for example, tear at the throat or poke at the eyes.

During the process of the take-down when an opponent has grasped the legs of the exponent, the exponent can lock the opponent's hands with his Unicorn Stance, and strike the head and spine of the opponent with the exponent's tiger-claws in the pattern "Heaven Dragon Descends on Ground". This pattern is found in Shaolin Kungfu, Baguazhang and Xingyiquan. Alternatively the exponent may fall down onto his back, and kick at the opponent's groin using the Shaolin pattern "Naughty Monkey Kicks at Leaves".

There are many patterns when the take-down has been established. In fact, there is one principle that can overcome any take-down, but since it is a close secret which means only students who attend relevant courses will be explained this principle, I would not reveal it here. Instead I shall mention some counters that kungfu students may employ, such as Gold Coin on Ground and Crab Turns Body. 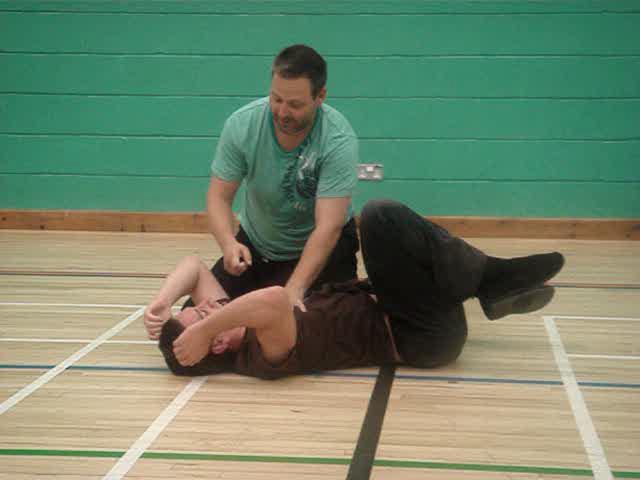 Photo 1 is a mount sometimes seen in bjj but it is considered modern. It looks a bit like a Choy Li Fut pattern I have practiced and I wondered about it.

In photo 1, the Shaolin pattern is called "Lazy Man Smokes a Pipe". A suitable counter is "Crab Turns Body".

Photos 2 and 3 are examples of a rare submission that in wrestling is banned and is called the guillotine. In bjj it is called the twister.

In photo 2 it is not clear whether the exponent is in the air, or both combatants are on the ground.

If the exponent is in the air, he can roll down and strike the opponent as he rolls, using the pattern, "Kick Bell on Ground".

If both combatants are on the ground, the exponent can use the heel of his leg to strike the opponent's leg or groin, then roll away, using the pattern, "Immortals Lies Down to Nap".

In photo 3, the Shaolin pattern is called "Riding a Dragon to Pull its Tendon". The exponent can jab with his leopard punch at the ribs of the opponent in a pattern called "Angry Leopard Charges at Fire".