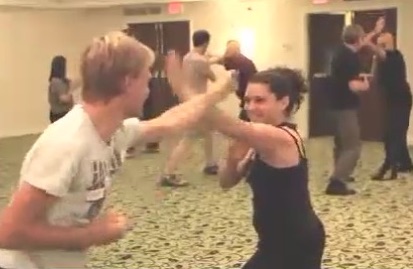 Hi, I have practiced various forms of Tai Chi & Chi Kung over the past few years. My aim is to be able to train to become an instructor, as I have been unable to find one myself. Please can you advise which course would be good to begin, are there any distance learning or video courses to use as a pre-requisite to any other courses? I'm a fair distance from any U.K. Instructors, but happy to travel for courses.

Our Tai Chi Chuan and Chi Kung instructors are trained from our students. They must be good students first. It is unlikely that you will be appointed as an instructor.

There are no distance learning or video courses for instructors. There are some Tai Chi Chuan videos for students as well as for non-Shaolin Wahnam students. Please see my webpage on "Overview of Taijiquan for Non-Shaolin Wahnam Members".

I would suggest that you learn from Sifu Tim or Sifu Barry of Fully Alive.

There are small doubts and big doubts, and the decision is usually subjective. In other words, you decide whether your doubts are big or small. 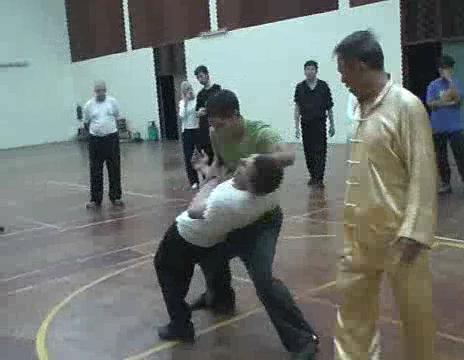 What do you mean when you say that kungfu techniques are sophisticated?

Even when there is a counter, Shaolin Kungfu is more sophisticated. In a felling technique, for example, a Shaolin exponent needs to cover his opponent adequately so that the opponent cannot attack when the exponent executes the felling technique. This is not done in Judo, which is actually a sport. An opponent is not allowed to poke the eyes or grab the groin of the Judo exponent as Judo is protected by safety rules.

I tried your kungfu techniques by learning from your videos, but each time I use them my sparring partner just bounces away.

In combat, skills are more important than techniques. You may use kungfu techniques but if your skills in applying these techniques are not as good as your opponent's skills in bouncing away, he will just bounce away.

This applies to any techniques. If you punch or kick your opponent, but your skills in punching or kicking are not as good as the skills of your opponent in defending or countering your attack, your attack will not be successful and you may be hit.

If we presume that the skills are the same, if you use a more sophisticated technique, your change of hitting your opponent will be more than if you had used a simple technique.

This applies to techniques where he knows the counters. For example, presuming that the skill level is the same, you may use a technique to punch your opponent who may defend and then counter-attack. If your technique is sophisticated, he will find it more difficult to counter-attack. If you use a simple technique, it will be easier for the opponent.

Skills need to be learnt from a competent teacher who is willing to teach you, not from a book or a video. For example, you don't learn how to drive or swim from books or videos but from living instructors. Even when you know the techniques of driving or swimming, unless you have the skills, you still cannot drive or swim. 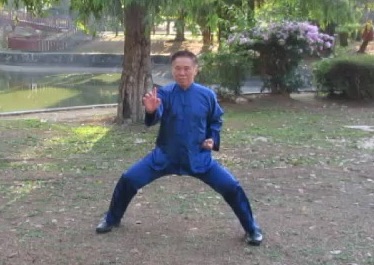 The days have been great to me, or nights, rather, as I have been having a bout of night shifts working in the emergency department. I am very thankful to the Shaolin arts for giving me the energy and mental clarity needed to treat a wide variety of patients in a decisive manner. While I am still learning the subtleties of the art of medicine, it is undeniable that my kung fu training gives me an edge in virtually every situation here.

Even if we leave aside combat efficiency, kungfu training gives us good health, vitality, longevity, peak performance and spiritual joy that surpass the wonderful benefits which chi kung training can give. Even when I am 75, I train kungfu everyday -- running, jumping and falling on the ground purposely without any injury.

Most kungfu practitioners unfortunately do not have combat efficiency, which is the basic aim of any kungfu. They just perform external kungfu forms, and use other martial art techniques if they have to spar or fight.

Fortunately they don't have to fight in our law-abiding society. They have good health, vitality and longevity, and often peak performance and spiritual joys though they may not relate these to their kungfu training. They are generally peaceful and happy.

But their benefits are nothing compared to ours. Ours is triple cultivation, whereas most practitioners practice kungfu at a physical level.

Here I am talking about genuine kungfu, which is very rare today. High-level genuine kungfu is rarer still. Those who add other martial art techniques in their sparring injure themselves generously.

One Finger Shooting Zen has recently returned to becoming a daily practice. I remember you writing that sigung Ho recommended to practice it daily, even after one had become a master, and that its blend of the flow and force method makes it ideal for enhancing all other force training.

I am also very thankful for you sharing the importance of "shooting" out the consolidated internal force during training at the Becoming a Shaolin Wahnam Practitioner course in Malaysia.

I still practice One-Finger Shooting Zen everyday, as recommended by my sifu.

"Flowing force" and "consolidated force" were coined by me for our students' benefit. When my sifu, Sifu Ho Fatt Nam, taught me One-Finger Shooting Zen, he did not mention the two terms.

I discovered flowing force and consolidated force over many years of daily practice. I also discovered that first we must let our force flowing. Then we consolidate the force. 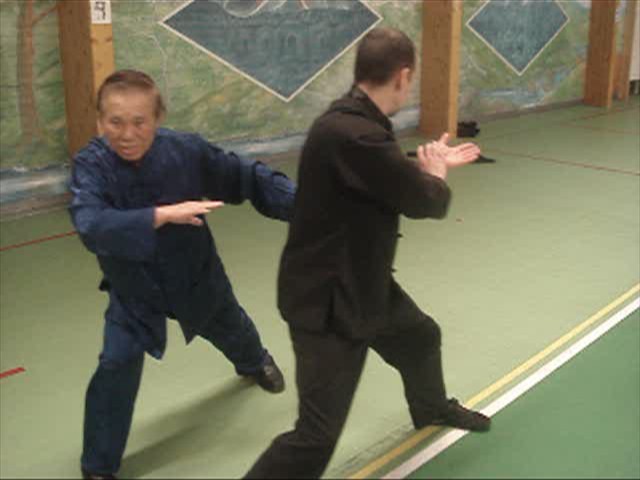 But it is relative. We can also use "flowing force", as in Taijiquan, as "hit force".

In Taijiquan there are eight types of force, which are peng force, lu force, qi force, an force, cai force. lie force, zhou force and kao force, or force for warding of, rolling back, pressing forward, in contact, gripping, spreading, elbowing and anchoring.

For those who wish to attain an advanced master's level in One Finger Shooting Zen, is there a certain amount of time per day to train the art? Are tools eventually introduced to the training, such as extinguishing candles or striking at a pole, mannequin, or poster with labelled vital points, or is that simply something passed on from movies and stories of training?

For those who wish to attain a master's level in One-Finger Shooting Zen, there is no fixed time to train. It depends much on the individuals. There is also a big difference between one who trains leisurely and another with much internal force. Generally if he can train for five times each side with internal force, it is quite sufficient.

Tools are eventually introduced to the training, such as extinguishing candles or striking at a pole, mannequin, or a poster with labelled vital points. These tools are actually practiced by masters, not just passed on from movies and stories.