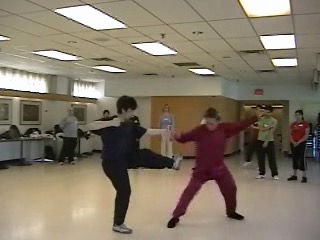 The twelve solo sequences of Tantui look simple, but they are complete by themselves, being capable of meeting any combat situations without the need to incorporate any outside techniques. However, of the thousands of people who may perform these solo sequences beautifully, not many know their combat applications.

The combat applications of these twelve Tantui sequences are profound, and are shown in the videos below. An example of their profundity is that by mastering Combat Sequence 1 alone, you can handle any assailant, irrespective of how he may attack you! This is difficult to believe but it is true.

Another aspect of their profundity is that they look so simple yet they can be very sophisticated in their combat functions. Those who do not know their secrets may not understand how they can be used in combat, even when the combat sequences are performed in front of them. This is “Hiding Secrets in the Open”, where masters in the past were not concerned even when the arranged sparring, not the solo sets, were shown in public. Are you able to find these secrets in the combat sequences below? 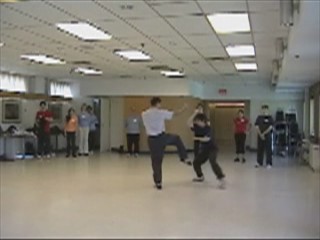 Combat Sequence 1: A Sequence to Handle Any Attacks

Would you believe that by mastering this combat sequence you will be able to handle any attacks? If you do, you would know and be able to apply the secrets hidden in the open here. 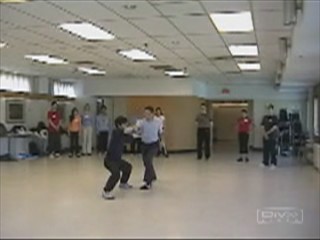 Amongst other combat functions, by mastering this combat sequence you may handle Boxers very well. Of course you need to know the secrets to do so. 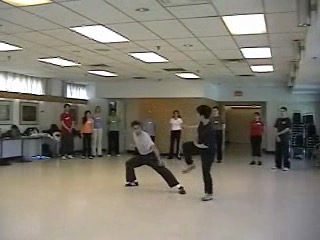 Combat Sequence 3: Excellent against Any Kicks

While this combat sequence can be used to handle any attacks, it is especially suitable against kicks. You can also develop “Three Rings Around the Moon” from this sequence to be a formidable attacking tactic. 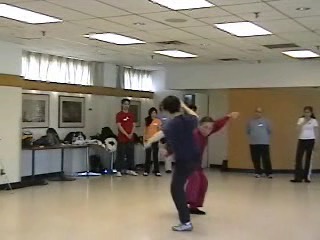 A deadly "toe-showing kick" as well as the tactic of double flying kicks are hidden in the open in this combat sequence. The sequence also incorporate counters against a simultaneous elbow and knee strikes. If you have attended a Tantui course, can you remember them? 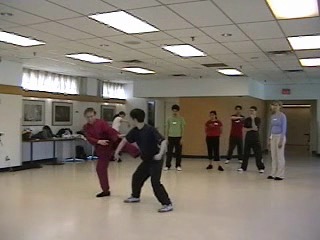 Can you remember that this combat sequence contains an effective counter against the continuous knee strikes or sweeping kicks widely used by Muay Thai fighters? It also contains the technique of the "nail-kick". 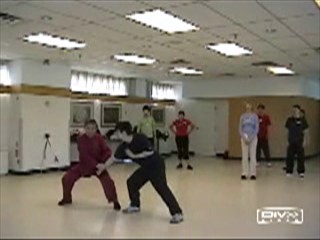 Combat Sequence 6: A Glaring Secret Hidden in the Open

The Double Spread technique is excellent in breaking chin-na. Can you see a glaring secret hidden in the open? 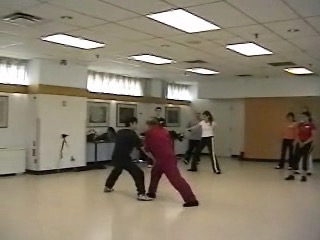 Combat Sequence 7: Where there is Form, Strike the For

Here is an example of “Where there is form, strike the form”. Use a strike to counter a strike, and a kick to counter a kick.

Combat Sequence 8: Another Secret Hidden in the Open

Here is another secret hidden in the open. If you have attended the Tantui course, it is obvious in the combat sequence. Others may miss it even when it is actually glaring in their face. 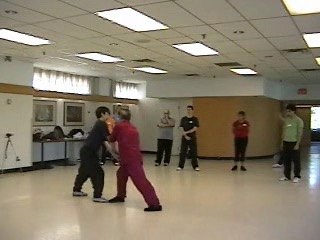 Combat Sequence 9: An Effective Technique to Break any Locks

If you have mastered this combat sequence, you can break any locks! If you are not initiated, you would wonder how this is possible. 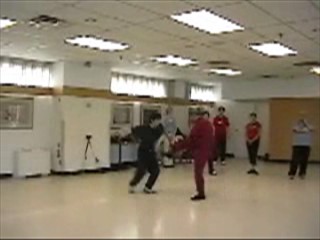 Combat Sequence 10: Pressing Attacks Irrespective of How an Opponent Responds!

This combat sequence enables you to apply pressing attacks on your opponent irrespective of how he responds! It also incorporates the famous double flying kicks of Northern Shaolin. 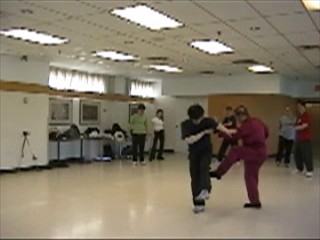 Combat Sequence 11: A Throw to Counter a Throw

Those who mistakenly think that there are no throws in kungfu will be amazed by this combat sequence. Interestingly, at the time when an opponent thinks he has thrown you onto the ground, he finds himself thrown onto the ground. The uninitiated, however, may not find throws in the video clip though there are two. 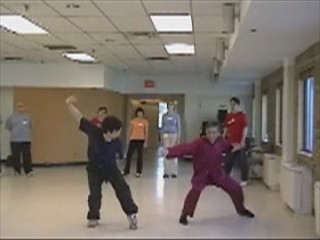 Combat Sequence 12: Getting to an Opponent's Back

How would you get to the back of an opponent? Or what should you do if an opponent attack you from your back?