CLOUD HANDS: FROM CHI FLOW MOVEMENTS TO PATTERNS AND SETS 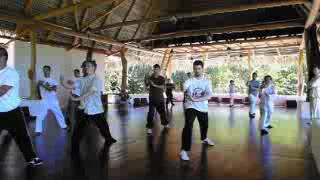 Did the great Zhang San Feng, the First Patriarch of Internal Arts, invent Taijiquan out of the blues?

Zhang San Feng was already a great scholar-warrior when he graduated from the Shaolin Monastery and settled on the Wudang Mountain to continue his Taoist cultivation. Hence, he did not need to invent a new art to promote health or train combat because he was already very healthy and combat efficient. What he did was to continue his spiritual cultivation to attain the Tao.

While in the extreme stillness of his standing mediation, chi swelled inside him resulting in spontaneous movements. This was expressed in Taijiquan principles as “extreme yin generates yang”. His movements were fluid, fast and powerful, and were poetically described as “flowing water floating clouds”, later shortened as “cloud hands”.

Zhang San Feng taught these “cloud hands” to his inner-chamber disciples to help them attain Tao. Later these “cloud hands” movements were stylized into patterns, and then linked together to form a kungfu set, which came to be known as “Wudang Kungfu”. A few centuries later, another great scholar-warrior named Chen Wang Ting employed Taiji principles to explain its philosophy, and called this style of kungfu “Taijiquan”. 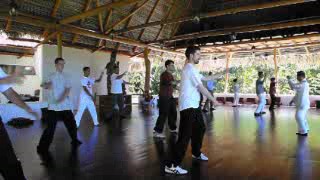 Cloud Hands is a very important aspect of Taijiquan training. Here Cloud Hands is performed with the hands moving in circles with the stance at a stationary poise. 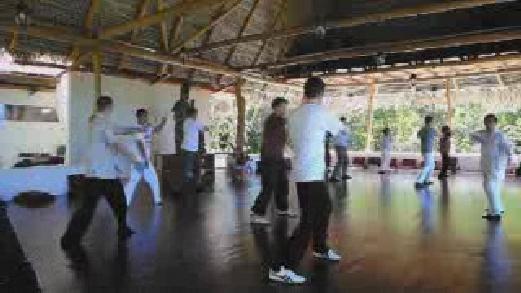 Cloud Hands is performed here with the hands in more rectangular movements with the hips gently rotating to both sides. 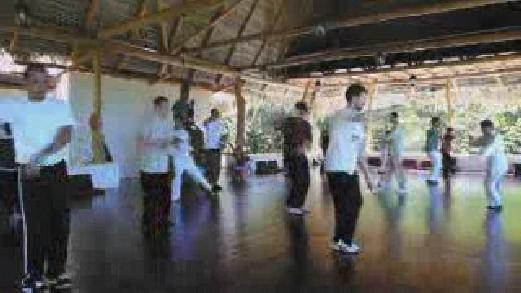 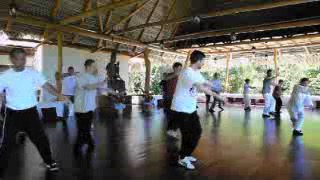 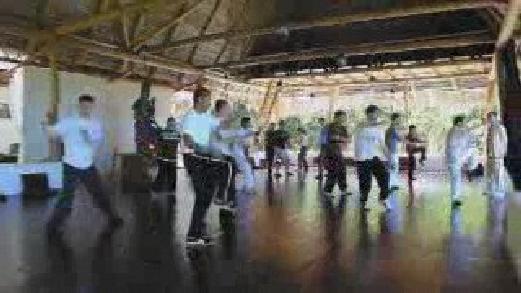 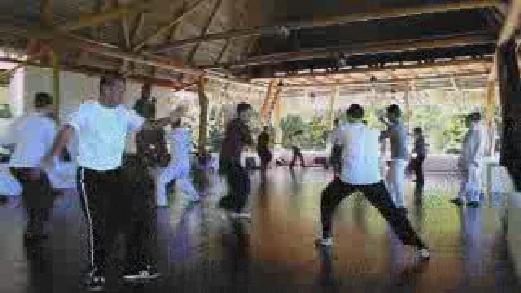 Participants move in various directions using various stances while performing Cloud Hands. This is an excellent method to train footwork as well as energy flow. 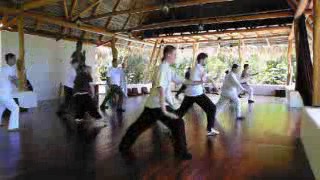 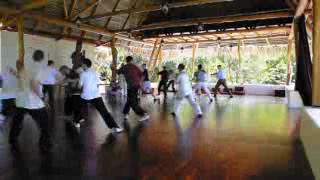 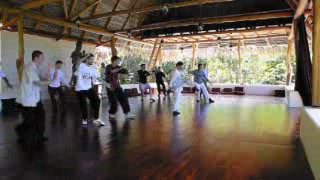 The movements conclude with Side Kick, Fierce Dragon, Striking Tiger, White Crane and Circulating Hands. This set of movements is named “Cloud Hands” after the movements poetically described as “Flowing Water Floating Clouds”.

Cloud Hands -- From Chi Flow Movements to Patterns and Sets from Wong Kiew Kit on Vimeo.