COMBAT SEQUENCE 3: PRESSING ATTACKS AND HOW TO DEFEND AGAINST THEM 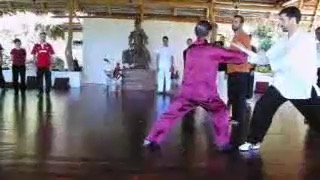 Combat Sequences 1 and 2 cover the four major categories of strikes, namely top, middle, bottom and sides. Sequence 3 introduces the tactic of pressing attacks and how to defend against them. This video series shows step by step how the combat sequence is developed, why the particular patterns were used and the combat principles underlying them. 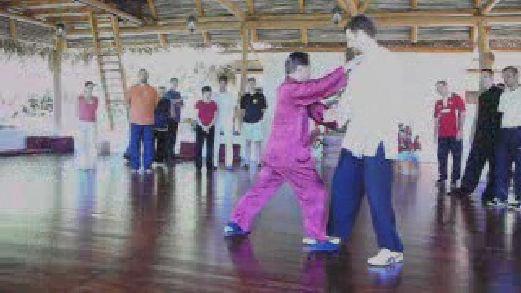 The responder moves his back left foot backward, deflects, then moves his body forward without moving his legs to counter-attack. This is an example of “attacking by retreating”. 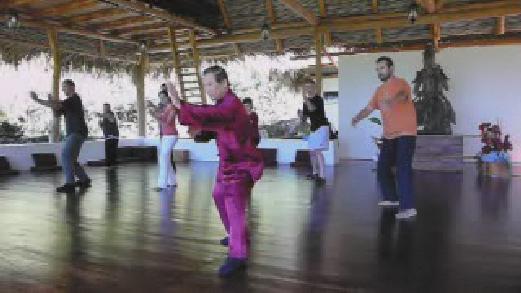 This is moving in to attack using the left-left mode for long, medium and short ranges.

Flowing with the Opponent to Attack 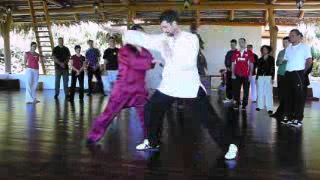 The initiator initiates an attack for the responder to respond, then flows with the response with another attack. 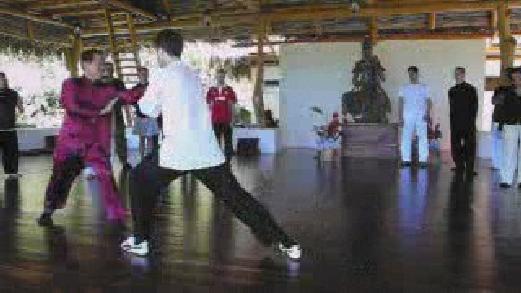 The above combat situation is reversed to demonstrate how to defend against a flowing-in attack. Note the effective use of body-movement. 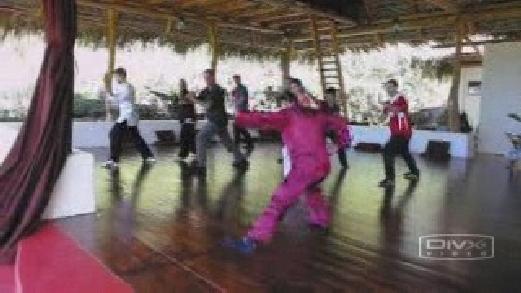 Counter against a Triple Attack 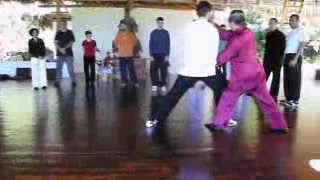 Here is how to counter a pressing triple attack. 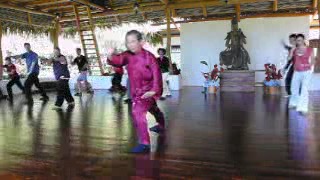 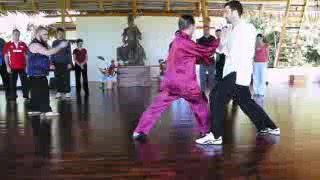 The role is reversed to show how to intercept an opponent's counter-attack using effective body-work.

Pressing through an Interception 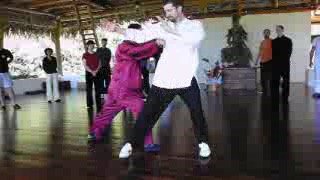 Although the opponent is caught off-guard the first time, he can successfully neutralize your attack the second time, indicating immediately benefited from the lesson.

Structure of Pressing Attacks and Defences 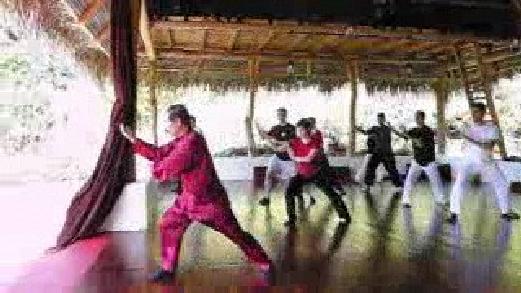 The initiator's mode of Sequence 3 is performed pattern by pattern, and then in a sequence, to show the structure of pressing attacks and their defences. 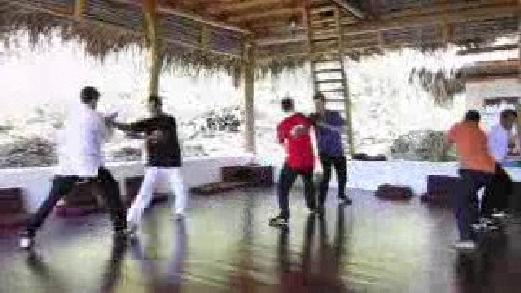 Within the framework of the first three sequences, participants spar spontaneously, without knowing what patterns their sparring partners would use next. It is inspiring to note that fresh beginners could use Taijiquan patterns reasonably well in the sparring.

Combat Sequence 3 -- Pressing Attacks and How to Defend against Them from Wong Kiew Kit on Vimeo.