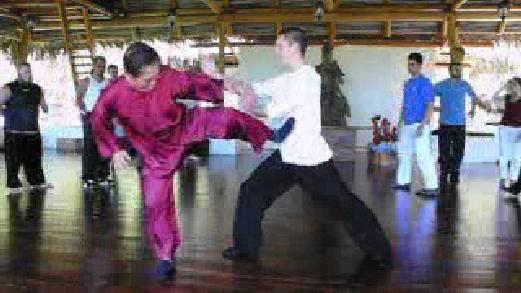 “Da Shou”, or Striking Hands, is an excellent way to learn techniques for application in various combat situations. It involves not just striking but also all the other three categories of attacks, namely kicking, felling and gripping.

By learning the techniques in this section as shown by the video clips here and in the other webpage on Striking Hands, a Wahnam Taijiquan practitioner has a repertoire of techniques sufficient to deal with any attacks! In other words, his combat techniques are complete.

As a comparison, many other martial arts, like Karate, Taekwondo, Boxing, Kick-Boxing and Wrestling, are not complete. If an opponent locks the arm of a Karateka, or throws a Taekwondo exponent, for example, the Karateka and Taekwondo exponent would have no techniques in his art to counter the attacks. Hence, they have to cross-train.

But this does not mean that after learning all these techniques, a Wahnam Taijiquan practitioner would be unbeatable. He may know how to counter all attacks, but how effectively he does so also depends on other factors, particularly his skills and the skills of his opponents. If his opponents are more skillful, such as faster and more forceful, he will still be defeated by his opponents even though he knows the counters to his opponents' attacks. Hence, developing combat skills is very important in combat training.

The video clips below are a continuation of Practicing Combat Techniques in Striking Hands. Together they provide the material for combat sequence training shown in subsequent video clips. 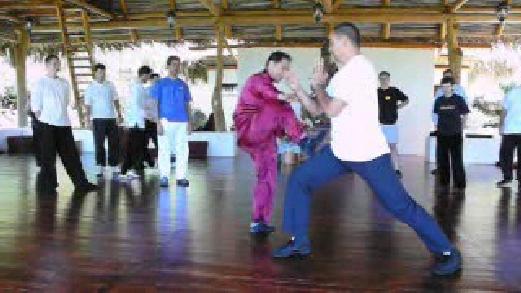 This is a thrust kick. Spacing is important. Kicks by many students often cannot connect because they are too far from their opponents when executing their kicks.

Here is a side-kick, which has a longer range than a thrust kick. You must space yourself so that you are near enough to connect but far enough to be safe. 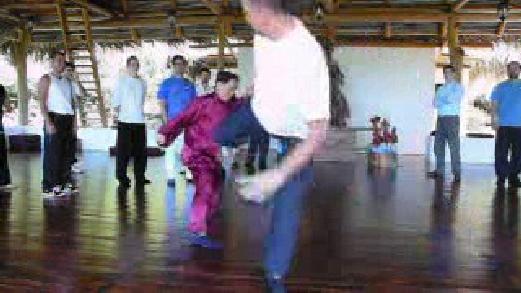 This is a technique to avoid a side kick. Although it has a longer range, it can still be avoided.

Defence for any Kicks 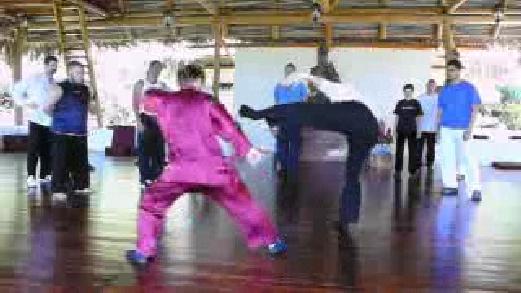 Striking Tiger Poise can be used to avoid any kicks. As soon as your opponent drops his leg after his kick, you can move in to counter-strike. 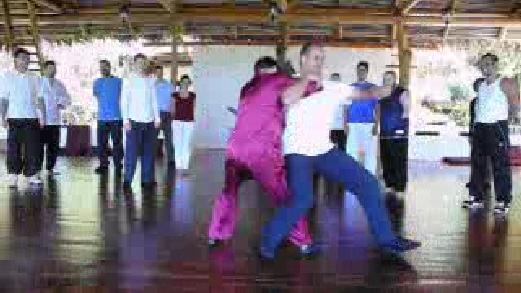 Here is using “Carry Tiger Back to Mountain” to fell a heavy opponent. As usual, laughter is a common feature in Shaolin Wahnam training. 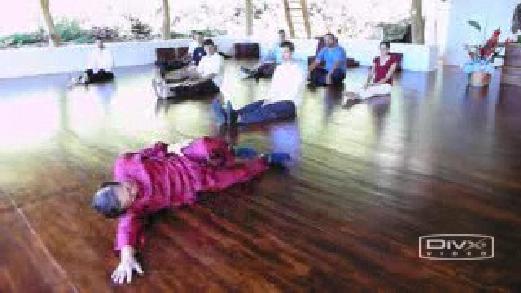 One should learn how to employ break-fall to fall safely before learning felling techniques and their counters. The palm should be the last, not the first, to reach the ground. 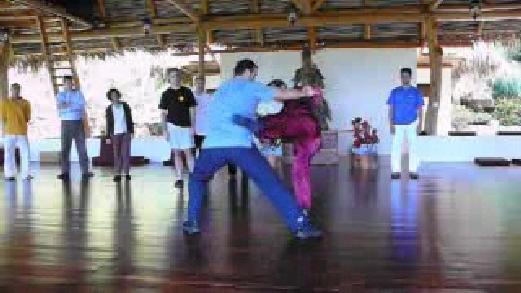 You can use a sweeping kick to counter your opponent's felling technique. It is important to guard the opponent's hands when executing this kick in such a situation. 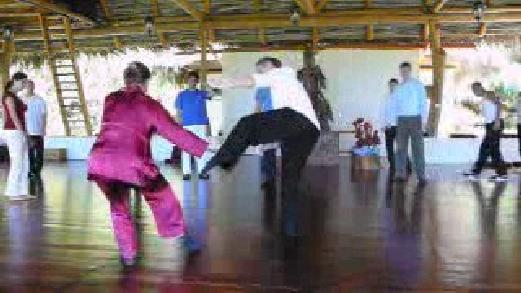 A good counter against any kicks is the hanging fist. As your opponent executes a sweeping kick, you can move away and simultaneously strike the attacking foot with a hanging fist. 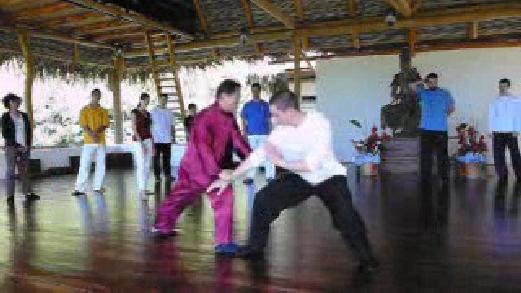 You can employ “Little Child Catches Snake” to grip your opponent's arm. Take care that you do not expose your groin when applying this technique. 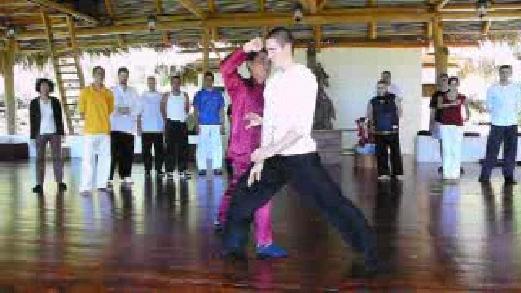 It is important to be relaxed when an opponent grips your arm. Use a Cloud Hands movement to release the grip and counter-strike with a horn punch, taking care to guard the opponent's hands. 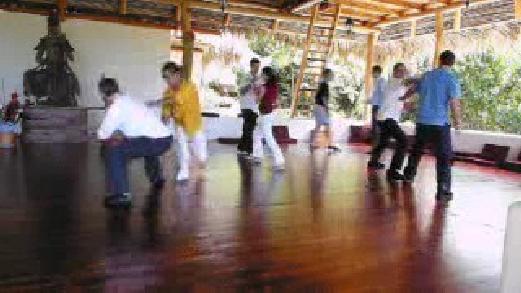 Participants continue with their spontaneous attacks and defences. As usual, combat application in Shaolin Wahnam is injury-free.