COMBAT SEQUENCES 7 and 8: CHIN-NA OR GRIPPING ATTACKS AND THEIR DEFENCES 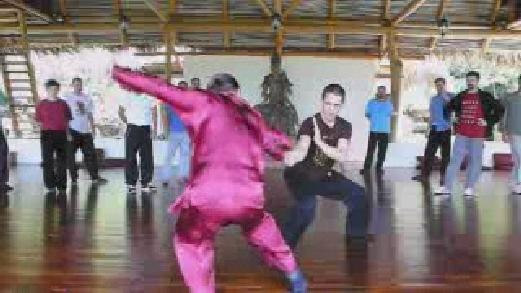 White Crane Flaps Wings
Chin-na (qin-na) or gripping techniques are an important aspect of Taijiquan although many Taiji practitioners may not realize it. Chin-na is unique in kungfu; it is not found in other martial arts in such a sophisticated level.

Hence, there is no proper translation for “chin-na”. A poor substitute is “gripping”. Sometimes it is translated as “holds and locks”. These translated terms are inadequate because “chin-na” surpasses what all these terms represent.

For example, when you grip, hold or lock an opponent, you yourself are also immobilized. Once you let go of the grip, hold or lock, your opponent can fight you again. But this is not so in chin-na. By a skillful manipulation of an opponent's tendons, joints and vital points, a chin-na exponent can disable the opponent's fighting ability without irreversibly hurting him. It is therefore a compassionate fighting method.

Some combat tactics like “Closing an Opponent”, “Continuous Cannons” and “No Defence Direct Counter”, are incorporated in these two sequences. You will also learn some interesting techniques to counter an opponent gripping your hands and simultaneously attacking you, and to release yourself from being pressed down with your arm at risk of being dislocated or fractured.

Striking an Opponent as he Completes his Attack 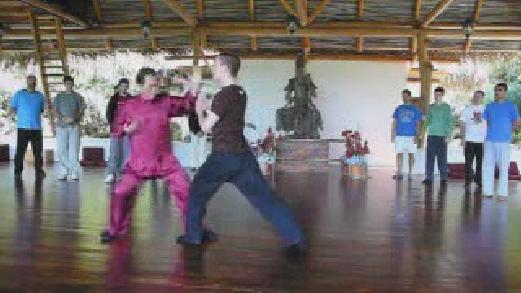 The footwork here is very effective for a surprised counter as soon as an opponent attacks. The three harmonies of footwork, body-movement and hand technique are essential for successfully striking the opponent when he just completes his attack. 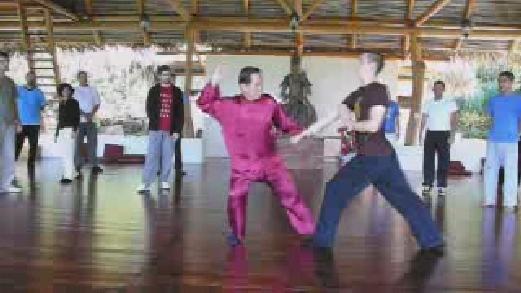 Kungfu is like playing chess. You make a move to tempt your opponent to respond, then capitalize on it. Of course you need to understand tactics and strategies to do this well. 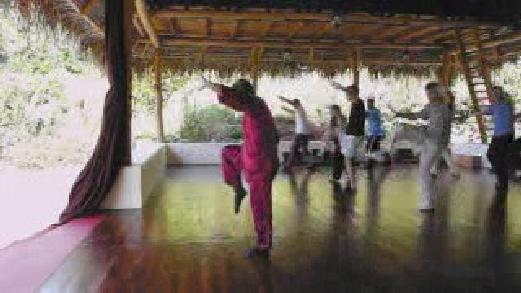 The beauty of Taijiquan patterns lies in their application, though they are also beautiful to watch. What do you think these patterns are used for ? 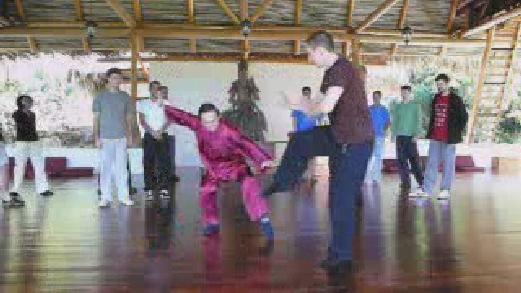 The beautiful White Crane pattern shown in the earlier video clip is an excellent counter to an opponent holding your arm and simultaneously chopping you. A effective counter to this White Crane is another White Crane. 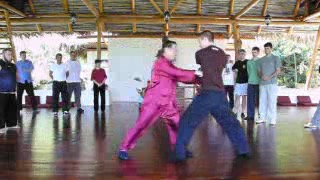 The “an” technique in Taijiquan is often translated as “push”, but actually it refers to placing your hand or hands on an opponent to “close” him. As shown in this video clip, it is an effective technique to close an opponent as he defends and continue striking him. 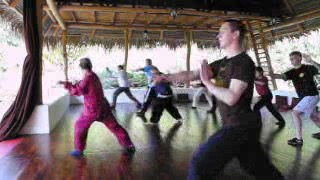 Closing an opponent, despite his defences or counters, and continuing to attack him is an effective tactic, and is known as “lin wan bao”, or Continuous Cannons. This tactic was often used by Chen Style Taijiquan masters in the past. 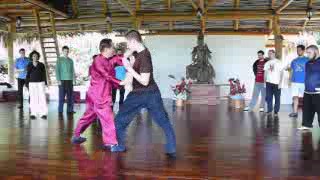 In the hands of a skillful exponent, the pressing attacks of Continuous Cannons are quite formidable. Here is an effective counter against them, Note that good co-ordination of footwork, body-movement and hand technique is important. 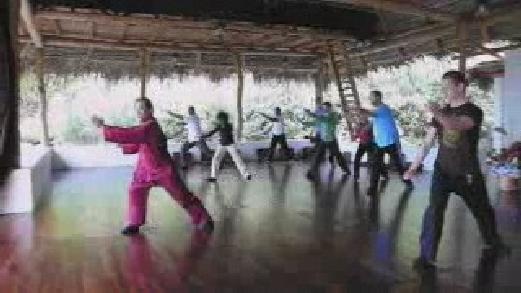 The counter against the pressing attacks of Continuous Cannons is performed in solo. The counter-attacking pattern is called “Immortal Chops Rock”.

Skillful Use of Footwork 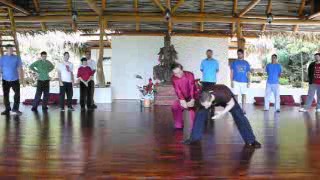 How would you block a chopping attack when your hands have been immobilized? You need not block. Using skillful footwork you can reverse the situation and grip the opponent's arm with the pattern “Little Child Catches Snake”.

Flowing with the Opponent's Force 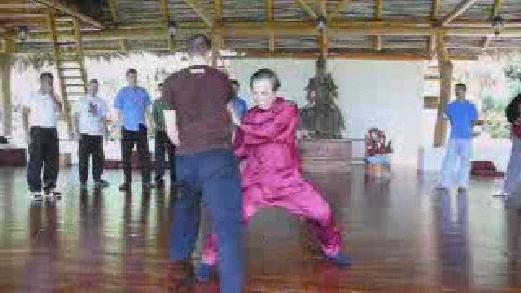 How would you escape from being held with your arm pressed down at risk of being dislocated or fractured? Here is an effective counter using “Cloud Hands” and “Low Stance Vertical Punch”, flowing with the opponent's force and striking him often without him realizing where the attack comes from.

Here is Combat Sequence 6. Notice that the counter using “White Crane Flaps Wings” against “Vertical Punch” is a strike against the opponent's elbow or wrist employing the tactic of “no defence direct counter”. 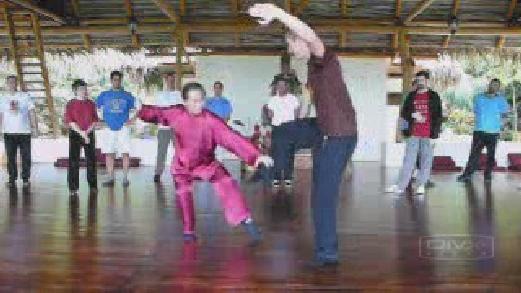 This is to use Combat Sequences 5 and 6 in free sparring. The methodical step here is “continuation”, i.e. continuing from Sequence 7 and Sequence 8. If an opponent makes any moves out of the planned sequence, modify accordingly.

Combat Sequences 7 and 8 -- Chin-Na or Gripping Attacks and their Defences from Wong Kiew Kit on Vimeo.