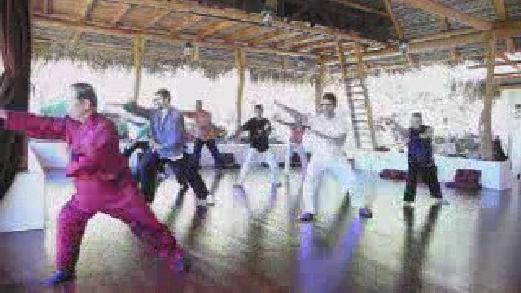 When we practice “Pushing Hands” and “Striking Hands” our arms are in contact with our sparring partners. One may ask, “But is this applicable in free sparring or actual combat where combatants normally do not stand close together with arms touching?”

Pushing Hands and Striking Hands are training methods to develop skills and practice techniques. When we have the necessary skills and techniques we apply them in combat sequence training which simulates real fighting. 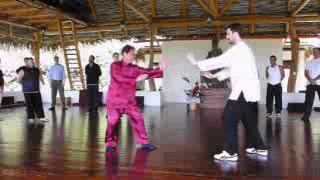 The first combat sequence deals with the three levels of attack, namely top, middle and bottom levels. Note the effective use of body-movement in neutralizing, deflecting and countering an opponent's attack. 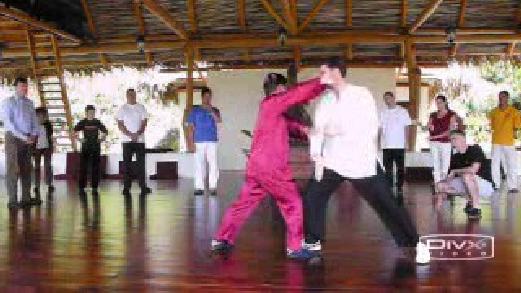 This is a side attack using a horn punch. The pattern is called “Yellow Bee Sucks Pollens”. 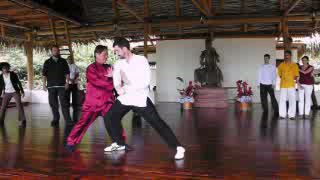 A swinging side attack of a horn punch is powerful. Instead of blocking it head-on, shift the body backward to avoid its momentum, then brush it away followed by a low vertical punch using the pattern “Punch Below Sleeves”. 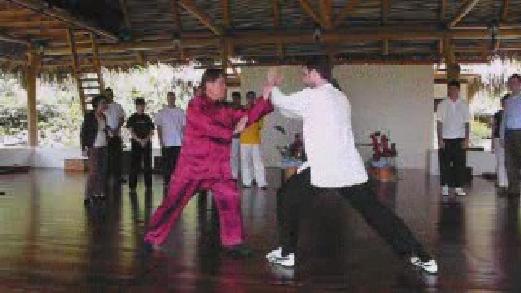 What would you do when your opponent has “tamed” your two hands, and his punch is coming fast into you? An effective defence to come out of this difficult situation is just to move one step back.

Continuing to Another Sequence 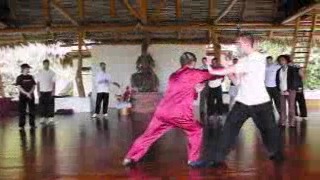 This video clip shows how an initiator continues to another sequence after completing the first sequence. In other words, he initiates two sequences continuously, one after another.

Practicing the stage of Continuation 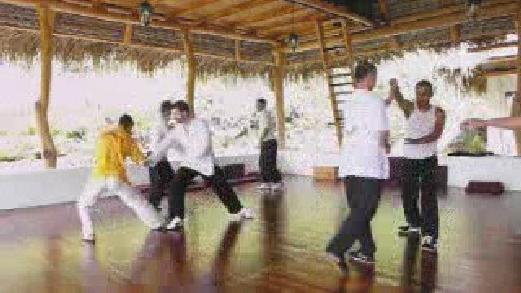 Participants practice a progressive stage of our sparring methodology called “Continuation”. The two sequences run together smoothly as if they were one long sequence. 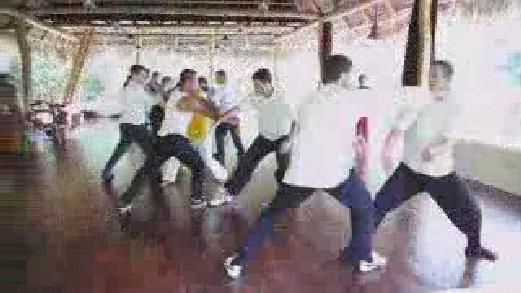 In the foreground Sifu Jeffrey of Australia practices the stage of “Continuation” with Sifu Robin of England. Notice that their movements are spontaneous, fluid and forceful.

Here is the solo practice of the first two combat sequences used in continuation. When students have acquired the required combat skills and have experience of sparring with a live partner, such solo training of combat application is very useful in promoting combat efficiency. 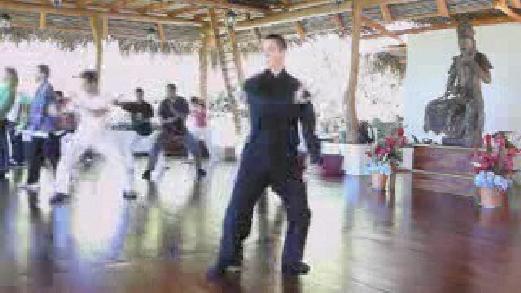 Can you recognize what combat sequences they are using? In the foreground is Sifu Robin. Although the techniques are the same, you can easily notice the vast difference of skills between Sifu Robin and other participants.