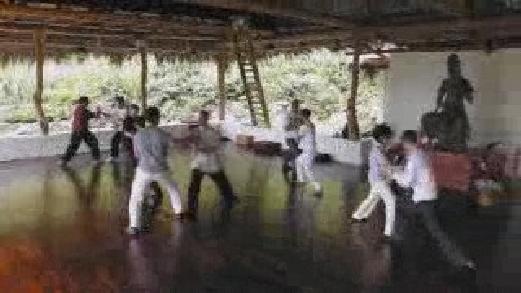 It is precisely for this reason of developing skills, that techniques are purposely reduced to the bare minimum, in order that students can free their mind from thinking what techniques to use so as to focus on their skills. In stationary Pushing Hands, for example, only one technique, “White Snake Shoots Venom”, is used by the initiator, and only one technique, “Immortal Waves Sleeves”, is used by the responder. In mobile Pushing Hands, the initiator only uses “Open Window to Look at Moon”, and the responder “Immortal Waves Sleeves”.

When an initiator attacks, the responder does not block or go against the momentum of the attack. He “yields” to the attack, deflects it, and turns it against the opponent, all flowing with the opponent's momentum. This implements the Taijiquan principles of “using minimum force against maximum strength”, and “using an opponent's strength against himself”. 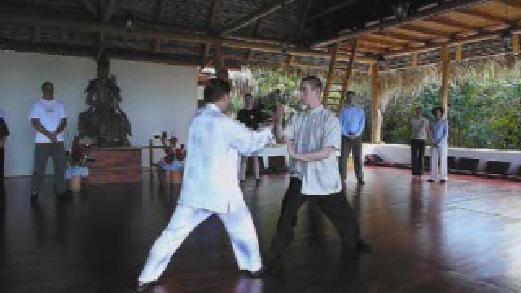 “Hua jin”, or neutralizing an opponent's force, is a very important skill in Taijiquan. It is often, though incompletely, translated as “yielding”. 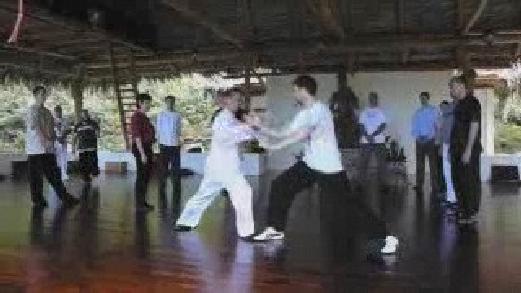 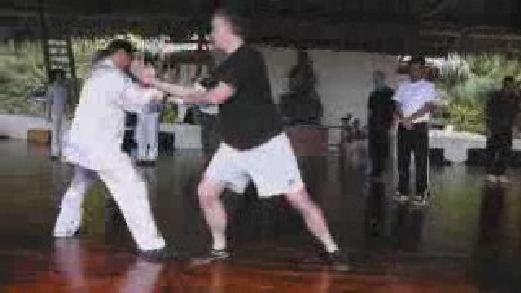 When the attack is long range, using just hand-movement and body-movement is insufficient; you need to use leg-movement to move away into another stance.

Securing a Tactical Advantage in Leg-Mode 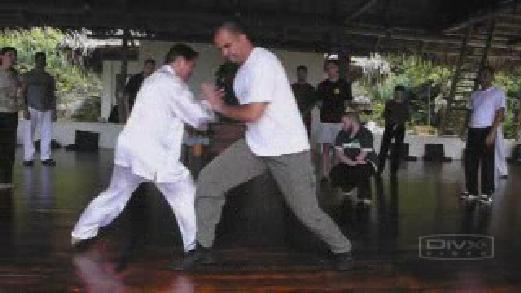 Securing a Tactical Advantage in Side-Attack 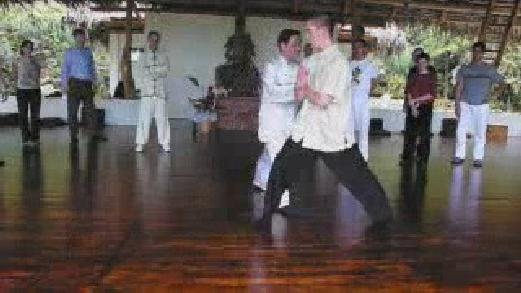 You may also secure a tactical advantage by attacking your opponent from his sides. The practitioner pushes from his back leg, and not from his shoulders. 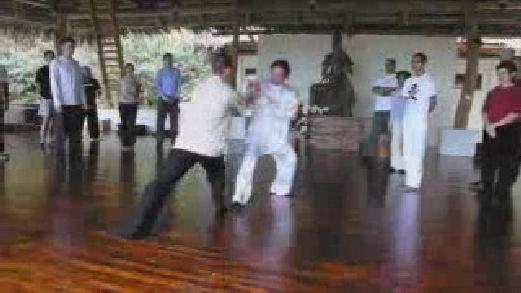 Pushing from the Sides 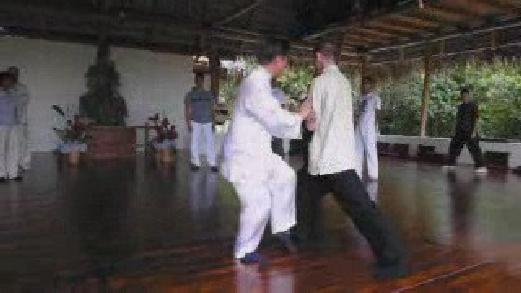 Now you push from his right side. You must cover your opponent's arms to prevent him from counter-attacking. Your opponent responds using appropriate footwork, body-movement and hand-technique.

Participants enjoy themselves Pushing Hands, applying the techniques they have just learnt. Some of them are fresh beginners.

Getting to the Back of your Opponent 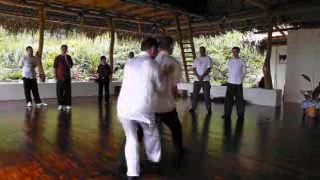 Here is how you can get to the back of your opponent. You need to prepare your foot-position and cover your opponent as you move to his back.

Neutralizing an Opponent's Attack from the Back 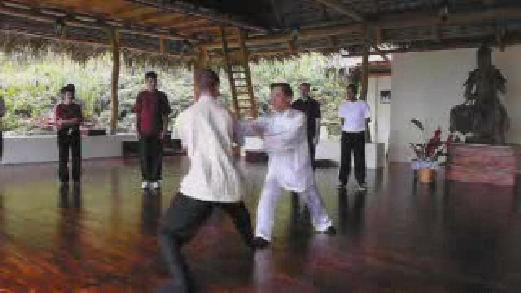 Here is how to neutralize your opponent's attack from the back, and counter-attack. If he is not skillful, he would be hit by you as you complete your attack. 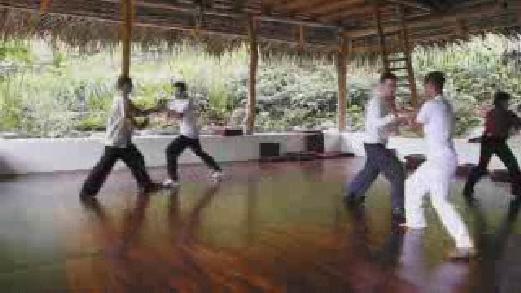 Footwork is very important in Pushing Hands, as shown in this video clip. Participants enjoy themselves. 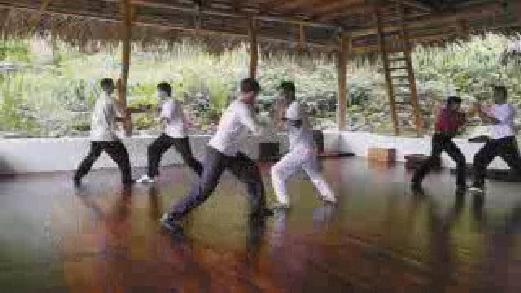 In Pushing Hands, as in free sparring or actual combat, movements must be effective as well as spontaneous while maintaining correct form and executed with good force and speed. A fresh beginner can move effectively and spontaneously after systematic training for just two days.