SPARRING AT THE HAPHAZARD, TECHNIQUE AND SEQUENCE LEVELS 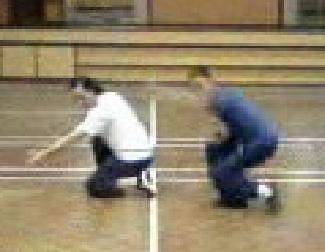 Application Sets of the Monkey, the Tiger-Crane and the Five Animals

Nowadays it is quite widely known that most kungfu practitioners cannot apply their kungfu techniques for combat, even though they may have practiced kungfu forms for many years and are able to perform them beautifully in solo demonstration.

Many of them attempt to overcome this problem by trying to use kungfu techniques in free sparring. They wait for their opponent to attack, then think of what kungfu techniques amongst the many they have learnt in solo practice, to use against the attack. They fail to realize that to be competent they need to have prior training in the particular counter, and that what they do is responding haphazardly without prior training. As a result, they often spar or fight haphazardly, which is another way of saying they fight like children. For convenience, we call this sparring at the haphazard level.

The next level is sparring at the technique level. Here, a kungfu practitioner responds to a particular combat situation in a prepared manner using an appropriate kungfu technique. An effective way to achieve this is practicing “san sau” or “miscellaneous techniques”. For example, a sparring partner may attack with a strike, a kick, a throw or a grip, and the exponent responds accordingly using a pre-chosen, appropriate kungfu technique. In the West, this is often referred to as “one-step sparring”.

In real fights, combatants do not normally stop at one attack or defence; they usually execute series of attacking or defending movements. A knowledgeable and skilful exponent can often predict possible series of movements his opponents would use. Hence, he can prepare and practice series of appropriate counters beforehand.

This part of the Special Shaolin Kungfu Course specially dealt with this aspect of combat training. This is sparring at the sequence level. The next higher levels are sparring at the tactic level and sparring at the strategy level. While these sparring levels were not specially covered in this course, tactics and strategies were important considerations in choosing techniques and composing sequences.

Then, why do most kungfu practitioners today fight haphazardly? Why don't they use kungfu techniques or combat sequences? The answer is actually straight-forward. Surprisingly it may be, most of them do not even realize this philosophy. Further, even when they realize it, they lack the methodology to do so.

The video clips here show both the effort as well as the result of course participants working on their combat sequences for the Shaolin Monkey Set, the Tiger-Crane Set and the Five-Animal Set. Those for the Dragon Form Set and the Dragon-Tiger Set are listed in another webpage accessible here.

The Agility and Playfulness of the Monkey 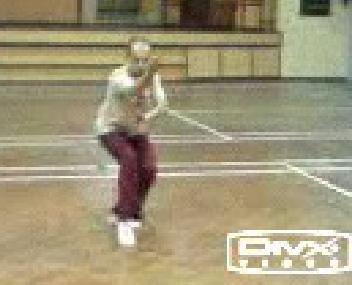 Chris of Shaolin Wahnam Scotland demonstrates some patterns from his combat application set. Sifu Wong reminds Chris that he should show also the spirit or essence of the Monkey. An important aspect of the Monkey is internal force, enabling the exponent to be relaxed and graceful, yet powerful.

Combat Applications of the Monkey Set 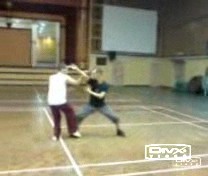 As Chris is the only Monkey stylist in the course, Sifu Markus who specializes in the Dragon Form Set plays the opponent's role. Notice that the Monkey uses soft, gentle movements to minimize the opponent's force. Sifu Wong shows a tricky Monkey attack on the opponent's throat and ribs.

The Tiger and the Crane

Innes and Davies, both from Shaolin Wahnam Scotland, demonstrate a combat application set derived from their specialized Tiger-Crane Set.. They have just composed the sequences a day or two before, and now link them to form the set. The difference in nature between this set and the Monkey set is quite obvious.

Innes and Davies show some interesting applications of the Tiger-Crane Set. The famous Tiger-Tail Kick is demonstrated, and Davies counters the kick skillfully. At the end of the video clip, Davies acts as a Western Boxing exponent. Notice that it is relatively easy to counter a Boxer or a Kick-Boxer, a fact many of the participants have discovered at the course itself. 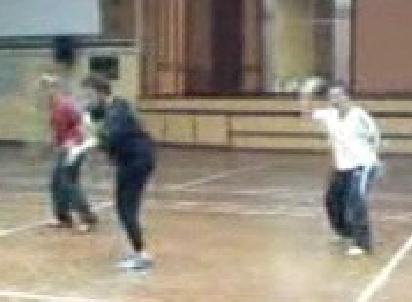 Hendrik of Germany, Jamie of Scotland and Sifu Jordan of England specialize in the Shaolin Five Animals. External martial artists used to muscular strength may be surprised at their absence of muscular tension and wonder whether their movements can be powerful. They can be powerful and relaxed because Shaolin Kungfu as practiced in Shaolin Wahnam is an internal martial art. 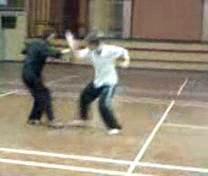 Combat application needs not be brutal and strenuous to be effective. The sparring shown here is relaxed and graceful, yet powerful and deadly. As many course participants have found out, it is relatively easy to counter Boxer's and Kick-Boxer's attacks.

Understanding Techniques and Sequences with Insight 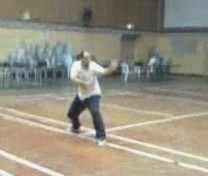 Joshua, like all other course participants, knows exactly what the patterns are and why they are arranged in those particular ways, because he himself chooses the patterns to compose them into combat sequences to meet certain combat situations. The patterns are selected from his specialized set, the Shaolin Five Animals.

Training for Spontaneous Responses in Free Sparring and Real Fighting 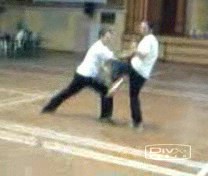 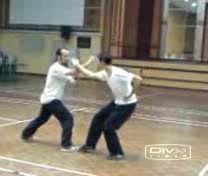 Sifu Wong points out a weakness in one of the movements, and suggests an improvement. Joshua can perform the sequence suggested by Sifu Wong after being told only once. This is due both to his mental clarity as well as his systematic training. Another interesting aspect is that the course participants, despite having sparred for hours, are not panting or tired.