HOW WOULD YOU COUNTER A SPEAR THRUST? 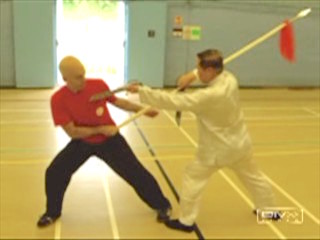 As the spear is both long and light, thus having the advantages of both length and speed, a spear thrust is technically the most difficult of all weapon attacks. Hence, in the past no practitioner would be considered competent in his weapon until he could successfully counter a spear thrust.

The Butterfly Knives are short weapons. How would you use these short weapons against a spear? After you have deflected a spear thrust, the spearman can quickly pull back his spear and thrust again.

This video series shows how you can overcome this problem. You will also learn how to counter an opponent who attempts to disarm you.

An Application of Rhinoceros Looks at Moon 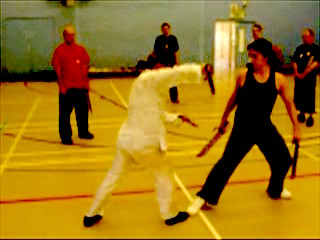 Here is an application of “Rhinoceros Looks at Moon”. It is a formidable slashing technique. How would you defence against it?

Slashing your Opponent when One Hand is Held 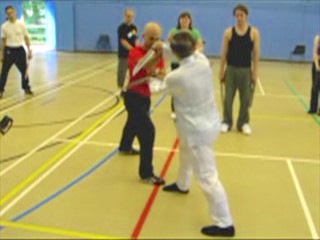 Slashing your Opponent when Both your Hands are Held 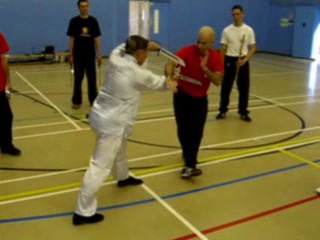 How would you Counter a Long Weapon 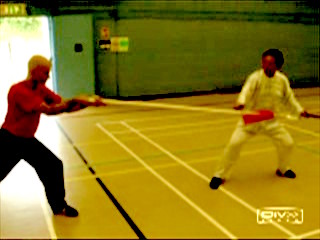 The Butterfly Knives are short weapons. How would you defend against a long weapon such as a spear. As an opponent thrusts his spear at you, you may deflect it and move in to counter. But he can pull back his spear and thrusts at you again. He has the advantage of length, and pierce you at a distance where your short weapons cannot reach him. How would you counter him.

Sandwiching a Spear making it difficult to be Pulled Back 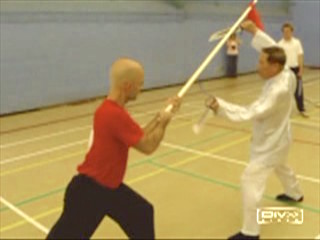 “Rhinoceros Looks at Moon” is a good counter against a long weapon, like a spear thrust. Deflect the spear, control it and move in to slash him with the other knife. You may “sandwich” the spear as shown in the video, making it difficult if not impossible for your opponent to pull back his spear.

Locking the Spear with your Arm

If your opponent is skillful, even when you sandwich his spear he can still retreat and pull it back and thrust at you again. You can then “lock” his spear with your arm, and slash him with the other knife, making it very difficult for him to escape.

Interesting Counters in Progression of Subtlety 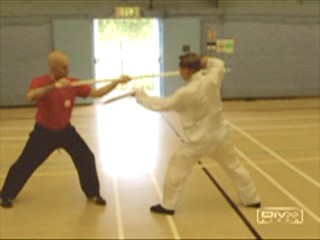 These interesting techniques of the Butterfly Knives against the spear in progression of subtlety are demonstrated. First the Butterfly Knives exponent deflects the spear and counters with a reverse slash. A skillful opponent could pull back his spear to thrust again. The exponent frustrates him by moving in according to his retreat, “sandwiches” his spear and cuts him using the pattern “Sharp Knives Trim Bamboo”. A skillful opponent can still escape. The exponent "locks" both his arm and spear, and slash him with the other knife.

How would You use Butterfly Knives to Counter a Spear Thrust? from Wong Kiew Kit on Vimeo.