LEARNING HOW TO MAKE FLOWERS SYSTEMATICALLY 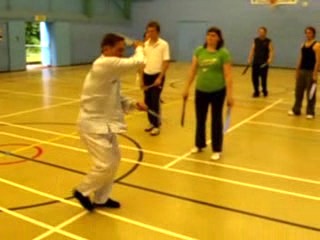 How to “make flowers” with Butterfly Knives

An important technique found in many weapons, like the Butterfly Knives, the saber and the spear, is known in Chinese as “khuen fa” (Cantonese), which may be roughly translated as “making flowers”.

There are different variations of this technique, and it is implemented in patterns like “Double Butterflies Flying” and “Big Blossom of Plum Flowers”. Amongst the many combat applications of the technique are to attack an opponent continuously, to break out of an ambush by many attackers or to deflect countless “flying weapons” thrown by opponents.

This video series shows how this technique is performed. It needs much skill to perform it well. 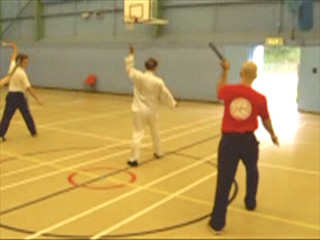 This is an important technique known in Chinese as “khuen fa” (Cantonese), roughly translated as “making flowers”, and is found in many weapons, like the Butterfly Knives, the saber and the spear. The technique is performed slowly so that participants can follow more easily. Notice the crossing of arms. Here the right arm crosses the left arm after the left arm has made a chopping movement.

Increasing the Speed of Making Flowers 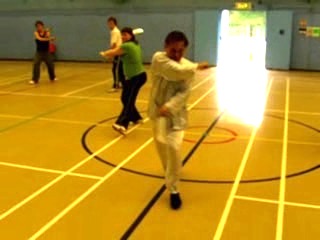 “Making Flowers” is performed moving forward in one direction and then turning around to move in the other direction. As a rough guide, the movements here are cross arms, right chop, reversed right chop, left chop, and repeat. As you become more familiar with the movements, increase their speed. 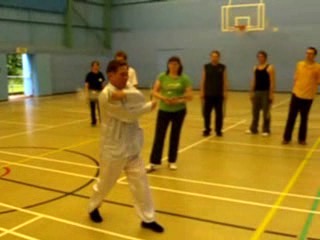 There are different versions of “making flowers”. The version used in this set, as demonstrated in the previous two video clips, is from the lineage of Grandmaster Choe Hoong Choy of Wing Choon Kungfu. The version shown in this video clip is from the lineage of Uncle Righteousness of Hoong Ka or Southern Shaolin. In Grandmaster Choe's version, the two Butterfly Knives strike one after another. In Uncle Righteousness' version, the two Butterfly Knives strike at the same time.

The Mechanics of Making Flowers

Practicing the Technique of Making Flowers 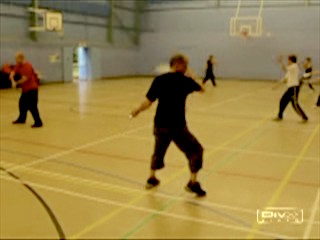 This video shows participants practicing the technique of “making flowers”. Initially they do not worry about “crossing arms”. They just get the swing of the technique smoothly. The mechanics of Sifu Mark's movements here is continuously repeating right chop, reversed right chop, left chop, reversed left chop. When these movements are smooth, “crossing arms” can be added.

Training of Energy and Mind 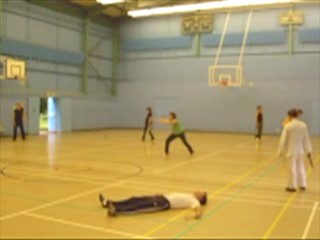 In our school, every lesson is a training of energy and mind. In other words, no matter what we train, whether it is form practice, combat application or force development, it is chi kung and meditation. Here, after practicing how to “make flowers”, practitioners enjoy a chi flow. Martin is enjoying himself on the floor, Nicky is flowing in weapon patterns, while the others are swaying about.