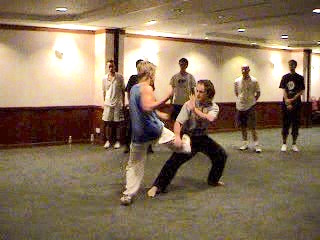 Avoid the fast kick and elbow strikes of a Muay Thai fighter, then fell him onto the ground for the coup de grace

When an opponent fails to defend against a feint move, it becomes real. On the other hand, when an opponent attempts to defend a real move, it becomes feint. In kungfu terminology this is known as “huai huai shat shat”, or “false false real real”. This false-real tactic employed in continuous attacks makes a Muay Thai fighter a formidable opponent. To avoid being defeated, you need to take care of these two factors:

Having ensured that you won't be defeated, the next step is to clinch victory. As a Muay Thai fighter is agile and tricky, a good strategy is to fell him onto the ground first so that he could not use his elbow and knee attacks, then execute your coup de grace or decisive strike. The video series here provide many examples. 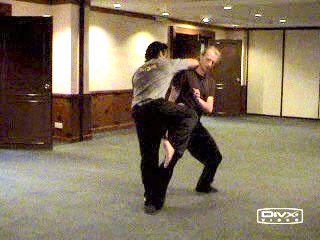 A Muay Thai fighter almost never attacks with single strikes. His attacks are continuous and involve both the knees and the elbows. 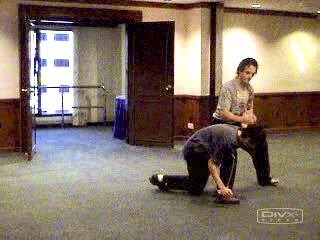 Here is how to counter the continuous attacks of a Muay Thai fighter. 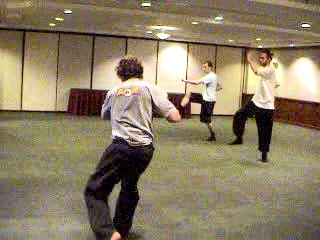 The class performs a review of the patterns used in continuous Muay Thai attacks and their counters. 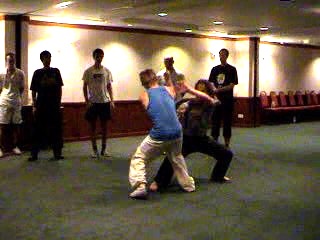 Avoids the long frontal kick of a Muay Thai fighter, then use the tactic of “long against short” to strike the opponent while he executes elbow strikes. Complete by felling him onto the ground. 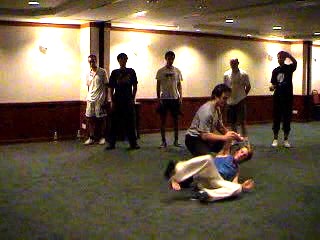 Here is another technique to dislocate an opponent's elbow and fell him backward. 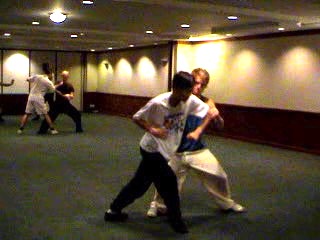 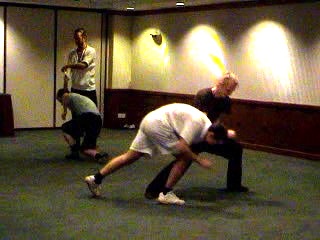 An important tactic in countering powerful Muay Thai attacks is to follow their momentum instead of against it. 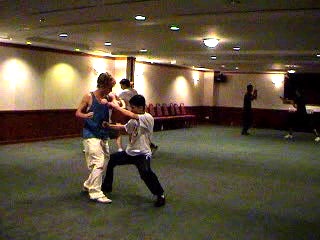 A simple but powerful punch is an effective way to stop the advance of a Muay Thai fighter. 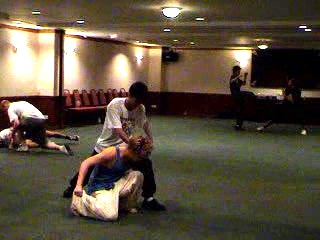 After stopping his attack with a powerful punch, you can control him by pressing at his elbow and felling him onto the ground. 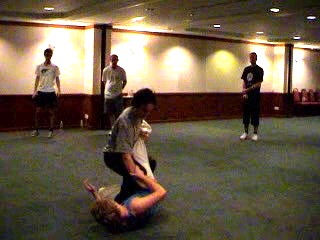 Another good tactic is to lock the kicking leg of a Muay Thai fighter, and fell him onto the ground.