THE SECRETS OF SIDE KICKS AND CONTINUOUS CANNONS 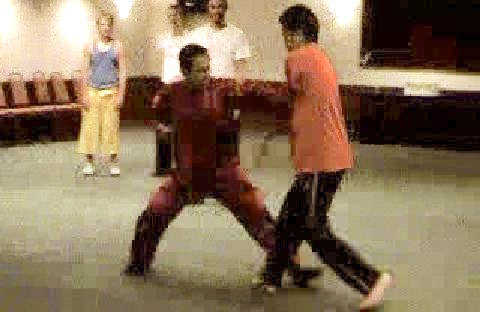 The Secret of Pressing Attacks

There is a kungfu saying that the hands are meant for opening an opponent, the legs are meant to defeat him. A manifestation of this saying is found in kicks. Kungfu kicks are purposely inconspicuous; they connect without an opponent realizing them.

Those interested in kungfu stories may have heard of the historic thirteen Shaolin monks helping Li Shih Min establish the Tang Dynasty. At an imperial celebration, the leader of the monks, Yuan Zhong, who declined to be made the grand-general, gave a demonstration of Shaolin Kungfu. He demonstrated a Shaolin set called “Bao Quan”, which means “Cannon Fist”. Some of the video clips below show the secret of the Cannon Fist.

Why are we in Shaolin Wahnam revealing these secrets? These videos are primarily meant for Shaolin Wahnam Family members, but we are happy to share the knowledge with others who may be interested. One of our main aims is to restore the former greatness and glory of kungfu, irrespective of styles or schools. Without revealing secrets, this aim cannot be realized. 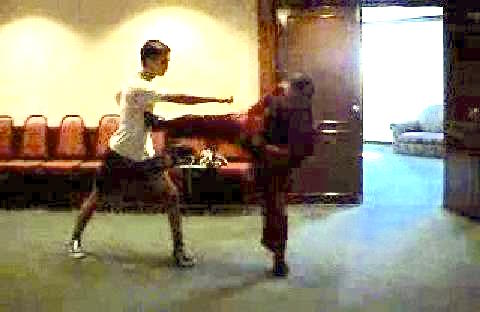 Surprise an Opponent with a Side-Kick

You may press in to attack, and pause to let your opponent to counter-attack. When he counter-attacks, you can surprise the opponent by leaning back with a side-kick using a pattern called “Happy Bird Hops up Branch”. 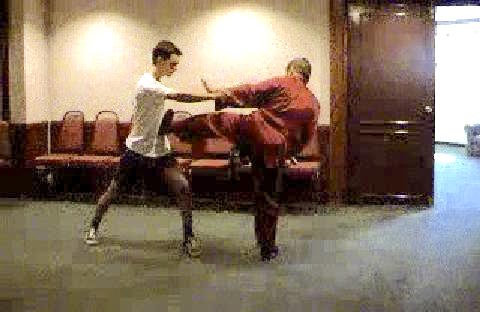 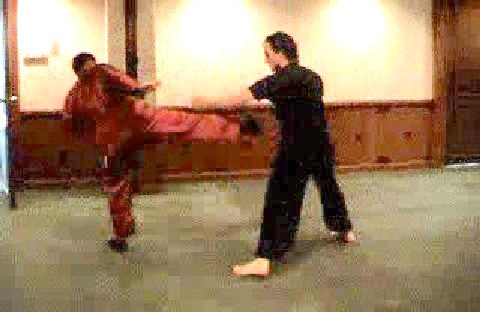 This is Combat Sequence 9 which is named “Happy Bird Hops up Branch”. A good counter against the side kick is “Lohan Strikes Drum”. Immediately after striking the kicking leg, move forward with a follow-up attack on your opponent. It is important to guard against your opponent's leg when moving forward. 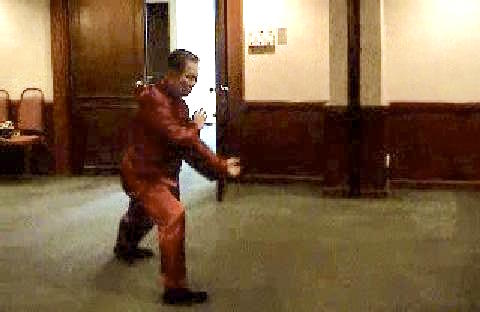 The initiator's mode and the responder's mode for Combat Sequence 9 are demonstrated. Note that in “Lohan Strikes Drum”, the front leg, not the back leg, is shifted back into a side-way Bow-Arrow Stance, and the striking point is the knuckles, not the wrist. 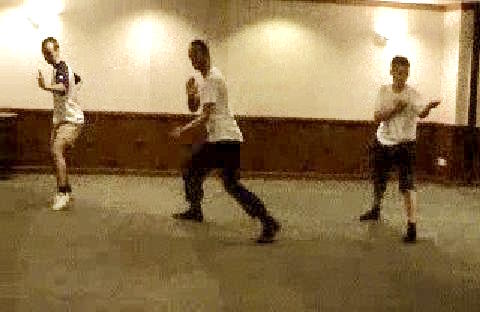 A Useful Counter against Kicks 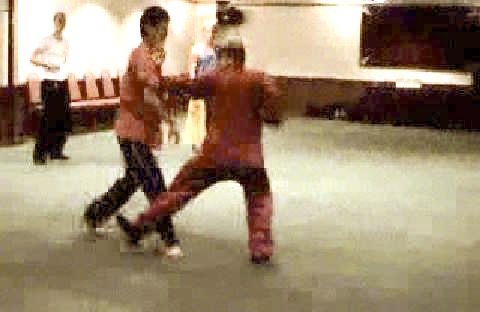 The Tactic of Pressing Attacks 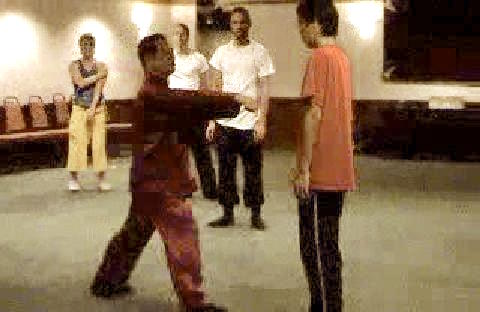 Threatening an Opponent in any Attack

Here is what a pressing attack should be. The opponent must feel threatened -- yet the exponent is relaxed. The lack of threat is one reason why many kungfu practitioners are not combat efficient. 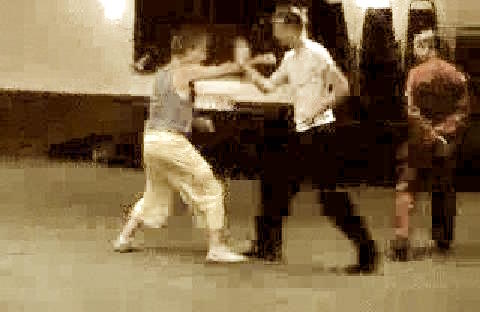 Secrets of Side-Kicks and Continuous Cannons from Wong Kiew Kit on Vimeo.