USING TECHNIQUES AND TACTICS IN SPARRING 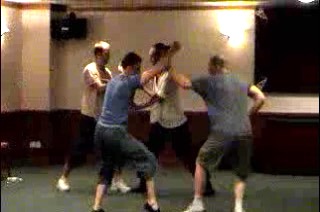 Participants enjoy themselves using combat sequences in their sparring

Sparring skills are further developed. At this stage of our sparring methodology, while the movements are not predetermined, they are also not totally free. Control is gradually released, and course participants are given appropriate guidelines so they can effectively apply kungfu skills, techniques and tactics in attack and defence spontaneously. By the end of this stage, participants can effectively handle any hand attacks.

A question commonly asked is whether the participants can still be as effective if their opponents use other martial art techniques or fight randomly. The answer is yes.

Unless these opponents are very skillful, fighting them would be technically easier than fighting those who use kungfu techniques. The reason is actually straight-forward. Kungfu techniques are relatively more sophisticated, and kungfu practitioners consider factors like tactical planning, breath control and safe coverage that most other martial artists may take for granted. But this does not mean a kungfu practitioner will necessarily win in a fight. If the opponents are faster or more powerful, for example, they can beat the kungfu exponent despite their lesser techniques and tactics. 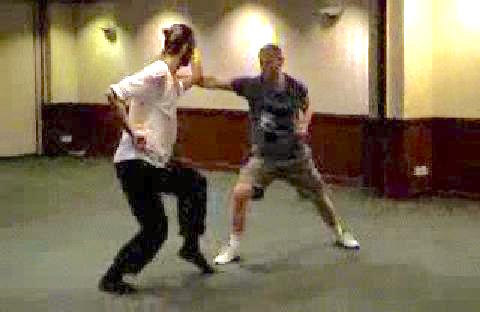 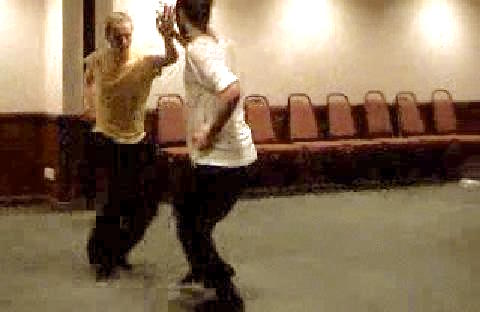 This is Combat Sequence 6, and is called “Dark Dragon Draws Water”. The counter against this attack is functionally beautifully and its effect comes from waist rotation, and not moving the hands. It deflects the attack, not blocks it, then counter-strikes often before the opponent is aware of it. 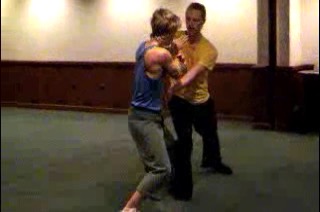 With an enlarged repertoire of techniques, the participants have more variety in the application of the sequence-continuation method. The initiaor, for example, starts with Sequence 6 and continues with Sequence 5. 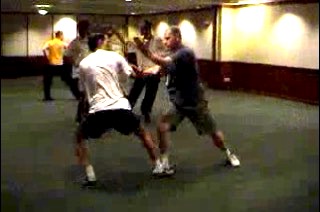 This is Sequence 7, and is called “Chop the Hua Mountain”. The chopping attack should be flexible, with the arm acting like a chain rather than a rod. The counter is marvelous. If executed skillfully, it intercepts the chop and strikes the attacker before his attack has completed its course. 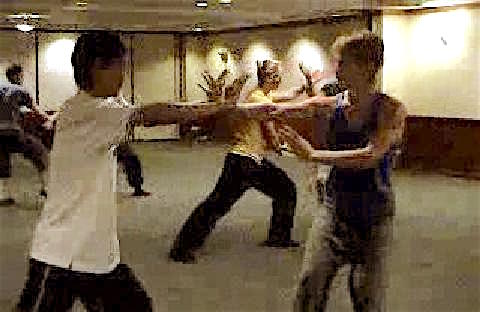 Skills are More Important then Techniques

Participants employ the method of sequence continuation in their sparring, and are spontaneous and effective in their movements. Many practitioners may not realise that skills contribute more to combat efficiency than techniques. 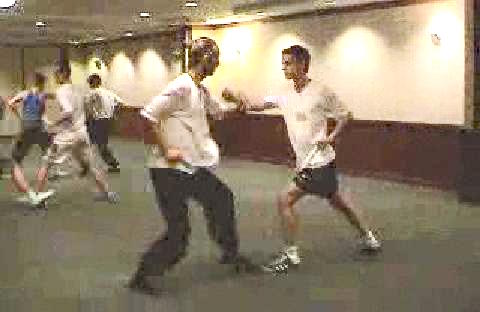 Attacking in a Coherent, Concerted Manner

Can you find out what sequences the participants use in their sequence continuation method? In today's sparring when people usually fight randomly, if you attack your opponent in a coherent, concerted manner, it is likely he would be quite helpless. 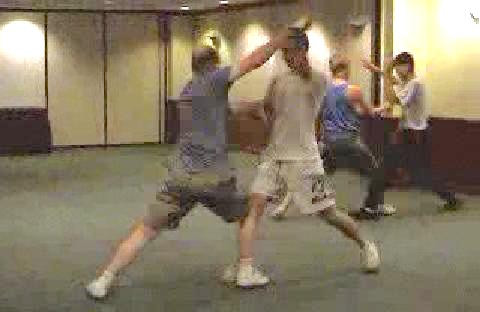 Participants are quite effective in their sparring, which is not pre-arranged. Would they still be effective if their opponents do not use kungfu patterns for fighting, or their opponents fight randomly. Of course. Sequence sparring is at least two levels above random sparring. 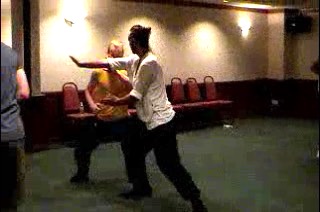 Here is Sequence 8, which is called “Horizontally Sweeping a Thousand Armies”. You make a move to tempt your opponent to respond. When he counter-attacks with a punch or extend his hand giving you some target, you chop his arm with a “Single Knife”, and immediately chop his neck with a “Horizontal Sweep”. This is an example of employing tactics and the relevant techniques to implement the tactics. 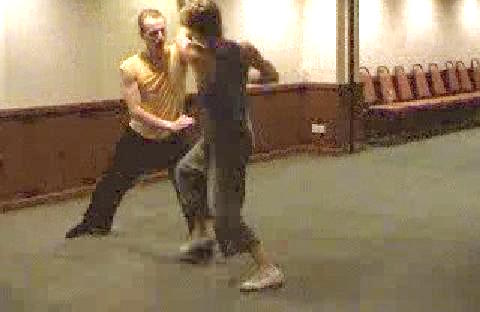 Techniques and Tactics embedded in Patterns and Sequences

Depth of Shaolin Tactics and Techniques 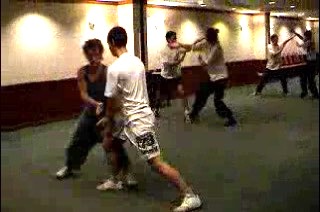 Tempting an Opponent to Expose Himself

These sequences and patterns have been integrated so well that they just flow spontaneously according to the situations at hand. Yet they embed profound techniques and tactics. The thrust punch with an open chest, for example, is a good tactic to tempt an opponent to attack so that you can strike his ribs. 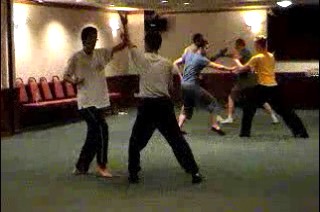 Here the participants spar spontaneously without predetermined movements. They have overcome the two major problems facing kungfu practitioners attempting free sparring, namely what patterns to use next in attack, and how to respond correctly and spontaneously to an opponent's attacks. 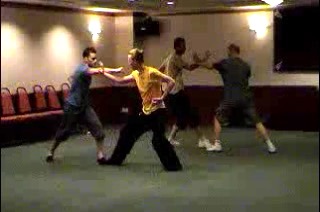 The Secrets of Combat Sequence Training 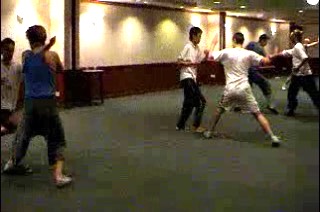 Can You be Effective against an Opponent using Non-Kungfu Forms?

Would the participants be able to respond correctly and spontaneous if an opponent does not use kungfu forms? The answer is yes, although initially kungfu students would need some practice to adjust themselves to the new visual impact. Why, then, most kungfu practitioners cannot spar effectively against Boxers? The answer is because most kungfu practitioners have never learnt and practiced using kungfu for combat. 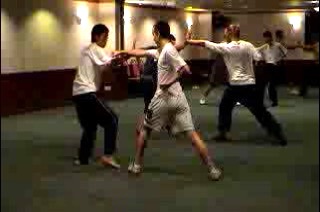 Can You Handle Other Forms of Attack?

Can the participants be effective against kicks and other forms of attacks? At this stage of training, the answer is no, because they have not been trained to do so yet. So far the training is focused on strikes. Kicks will be dealt with in the next stage.

Using Techniques and Tactics in Kungfu Sparring from Wong Kiew Kit on Vimeo.