HOW YOU MAY DEFEAT OPPONENTS EXPERIENCED IN RANDOM FREE SPARRING 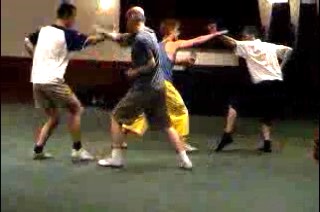 Let us start with an inspiring story. This story occurred at the historic Summer Camp at Camponovo, Spain organized by Sifu Adalia in 2000 where many of our certified Taijiquan instructors like Sifu Rama, Sifu Jeffrey and Sifu Attilio had their first lessons with Shaolin Wahnam. Most of the course participants then might not know of this story because it happened quietly.

Douglas, Grandmaster Wong's most senior disciple in Europe, came with a kungfu master who had been teaching for more than 20 years with emphasis on free sparring. This master asked Grandmaster Wong if he could teach him Golden Bell. Grandmaster Wong replied, “No, first of all you have to learn from me as an ordinary student.”

Douglas then explained that he and the master intended to spend some time practicing sparring using kungfu patterns, and asked Grandmaster Wong if he could give them some advice. Grandmaster Wong explained that this required systematic training and could not be achieved in just one lesson. Nevertheless, he said that if they would spar before him, he could give them some advice.

Grandmaster Wong advised Douglas to use his combat sequences. “Just use any of the combat sequences you have learnt from me.” Douglas frankly answered, “I haven't practiced them. I can't remember any!”

As the kungfu master was already panting heavily for breath, Grandmaster Wong told them to have a break. He took Douglas out and showed him the former Combat Sequence 6, which is now Combat Sequence 10 in the basic Shaolin Kungfu programme. Douglas went over the sequence a few times.

When they resumed free sparring a few minutes later, without a single exception every time Douglas applied the sequence he pressed the kungfu master to a wall.

Why can't even those with much experience in free sparring defend against such pressing attacks? The reason is actually straight-forward though not many people may realize it as it involves some advanced combat philosophy. When you employ a combat sequence in your pressing attacks, you fight at the sequence level, which is two levels above the random level usually employed by most fighters in free sparring. As an analogy, if you are at level 3 in a university course, you are better than someone at level 1 although he may have spent many years repeating level 1.

Although your opponent has spent many years free sparring, he has been doing so at the random level. If you punch and kick him randomly, he will beat you easily as he has been used to this type of fighting. But if you use a pressing tactic with appropriate techniques, he will be quite helpless. He simply does not know what to do. He has never been trained to handle such a situation. But you must not only know the techniques; you must have the necessary skills, especially internal force. 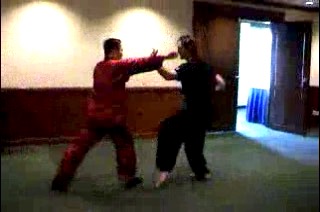 You can press into an opponent using “Black Tiger Steals Heart” and “Fierce Tiger Speeds Through Valley” followed by “White Horse Presents Hoof”. This sequence is a development of Combat Sequence 9 where you tempt an opponent to counter-attack. If he hesitates, you follow up with a thrust kick. 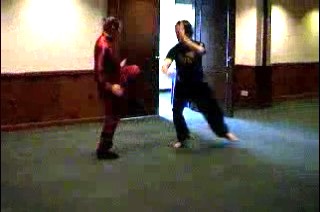 This is Combat Sequence 10, “White Horse Presents Hoof”. Practice this sequence 50 times a day for six months. Then, if you attack your opponents with this sequence, most of them may not know how to respond! 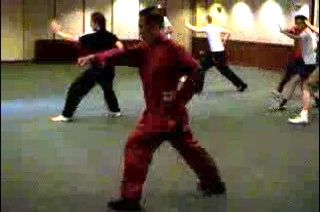 Pressing Attacks in One Smooth Flow

This is the initiator's mode of Sequence 10, the one you use against an opponent. The patterns should be performed continuous in one smooth flow. 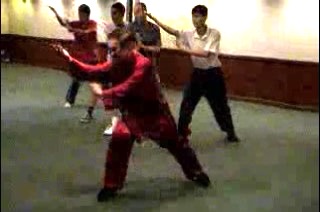 Intercepting with Beauty Looks at Mirror

This is the responder's mode of Combat Sequence 10. It incorporates the technique, “Beauty Looks at Mirror”, for intercepting an opponent's pressing attacks. 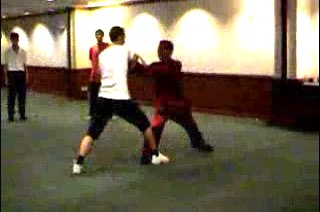 Importance of Timing and Spacing

Here in detail is how to intercept a pressing attack. Choose a big, tall person to highlight that size and muscular strength are not crucial factors in kungfu. 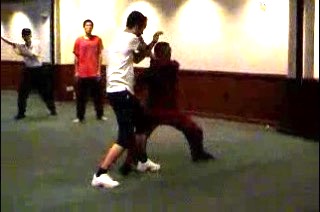 Interception can be implemented at various points. You may, for example, tempt your opponent to press in, then intercept and counter-strike to surprise him 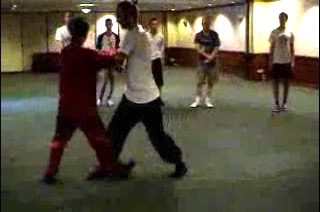 You can be pressed against a wall, or you can intercept your opponent with a tiger-claw. The tiger-claw is an excellent way to intercept pressing attacks from an opponent. 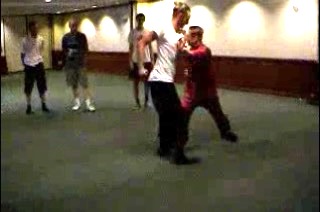 The Intricacies of Interception

If an opponent charges in to attack you, you can intercept him in his rushing in. Of course you need to learn the intricacies of interception. 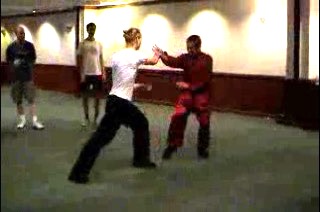 Deflecting, not Blocking, an Opponent's Momentum

Skills are more important than techniques in intercepting, especially when an opponent is very strong. Notice that intercepting is not blocking, and not meeting force with force. You deflect and break off an opponent's momentum to a side at the right time, using minimum force against maximum strength. 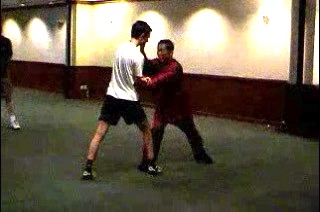 Leaning, Threading and Striking in One Smooth Flow

The techniques used in the intercepting tactic are quite simple but the skills are sophisticated. They consist of “leaning”, “threading” and “striking” in one smooth flow. 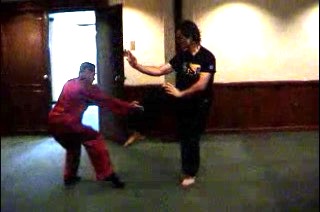 A Deadly Double Attack at Eye and Groin

How would you defend against an attack aimed at your eye and groin at the same tiem? "Trim the Bamboo" and strike at the kicking leg. 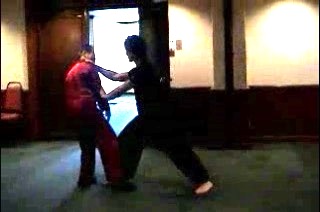 There is no need to block a double attack. Just step back and strike the attacking leg using the tactic of “no defence direct counter”. “No defence” is a misnomer; by retreating a step you can avoid both attacks, and counter at the same time. 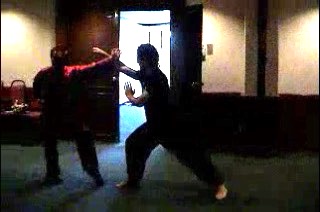 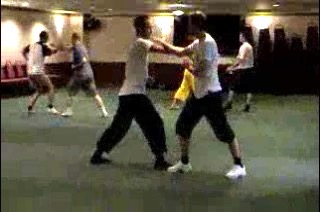 The sparring here is not predetermined, nor is it free. It is guided. Participants use the combat sequences as guidance, but may not follow the routine exactly. It is heartening to note that they help one another in their sparring.

The combatants can use kungfu techniques correctly and spontaneously. This is because of systematic training where they started with total control but the control is gradually released. Eventually they will be able to spar freely without any contol.

How You may Defeat Opponents Experienced in Random Free Sparring from Wong Kiew Kit on Vimeo.