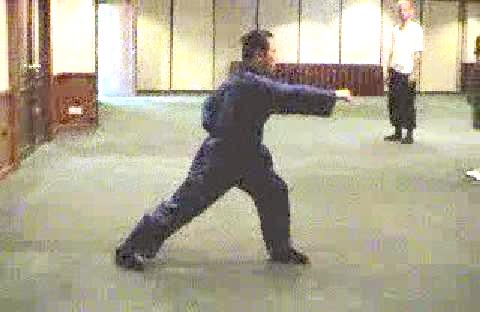 Have you wondered why we attack and defend in particular ways, like using “Black Tiger Steals Heart” and “Single Tiger Emerges from Cave”, and not punch and block randomly? It is because these particular ways of fighting, called patterns, give us the best advantages in given combat situations.

Later, kungfu masters linked various patterns into sequences, and sequences into sets. Such developments over many centuries were possible when fighting was taught as an institutionalized art as in the Shaolin Monastery, not as personal abilities. In other words, when a Shaolin master taught his students, his instructional material was not taken from his personal experience, but from the collective effort of thousands of masters over many centuries. This is different from what an individual fighter teaches his students. His instructional material consists of his own experience, including what he has seen and heard, and not the vast repertoire of an institution.

Besides practical material, an institutionalized art also contains extensive and profound philosophy. For example, from kungfu philosophy we know that although attacks can come in countless forms, they all can be generalized into four main categories, namely striking, kicking, felling and gripping. Hence, to be combat efficient, we need to be proficient in dealing with all these four categories of attack. Surprising it may be, many martial arts today are incomplete, focusing on one or two of these categories and having no techniques to defend against attacks from the other categories. This is mainly because such martial arts are actually meant to be sports where dangerous attacks are forbidden.

Understanding such philosophy enables our learning and training to be cost-effective. For example, by practicing defences against typical attacks, we may be able to defend against all attacks. This is more cost-effective than learning a lot of defences in isolation. In principle, it is like learning how to type, then you can type any document, instead of learning to type a lot of documents one at a time.

But in this section we learn to get the forms correct. Their combat application will be learnt later.

Note the co-ordination of footwork, body-movement and hand technique, which constitutes the “three external harmonies”. The weight is on the back leg, turn the body by rotating the waist, and punch in a spiral movement. The legs, body and fist should “arrive” at the same time. The sound “herit” comes from the dan tian. The mouth must be open as the punch is executed. 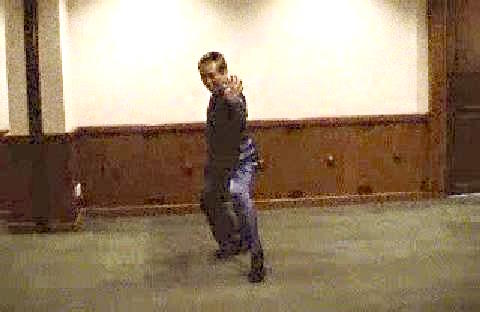 “Single Tiger Emerges from Cave” is not a block; this technique is called “leaning”, i.e. you lean your arm on the opponent's. The attack will not reach you even if you do not move your hands at all as you have moved your body away by sinking into the False-Leg Stance. The sound “yaaah” comes from the lungs. Make sure it does not come from your throat. 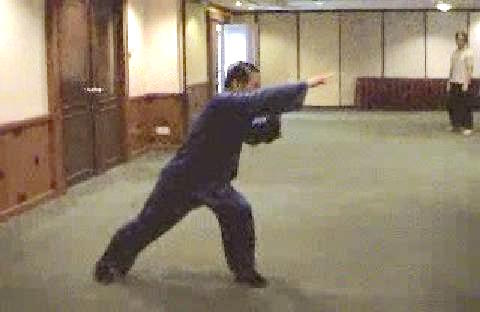 The movement of the finger-thrust, like that of the punch in “Black Tiger”, starts from the back foot, and is implemented by the rotation of the waist. The force comes from the dan tian. The “ssssh” sound comes from the kidneys. 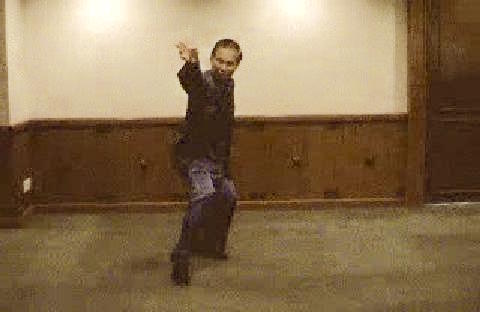 This is a beautiful pattern that uses minimum force against maximum strength. It is not a block. The technique is called “threading”, i.e. you move your hand as if you are sewing with needle and thread. The hand movement is led by the fingers, not by the forearm, and you lean slightly forward. 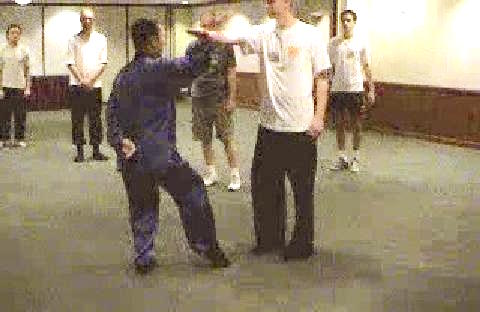 The “threading” technique is meant to deflect, not block, an on-coming attack. As the attack approaches, you simply “thread” your hand forward. This is different from blocking where you bounce the attack back. Your body is slanted slightly to further move the target away from the attack. 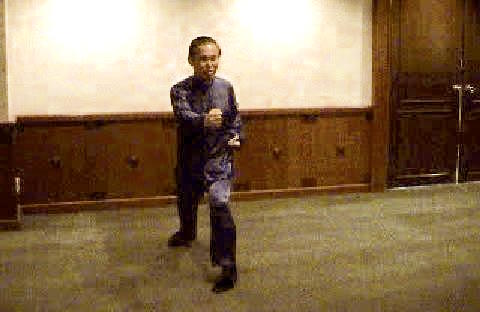 Rotation of the Waist

Some people have heard the kungfu principle that the movement of an attack comes from the waist, but do not really know what this means. The movement is generated by the rotation of the waist. The waist rotation expedites the explosion of internal force from the dan tian to the strike. 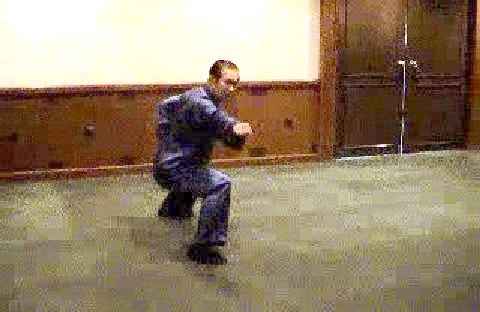 The term “whole body movement” is sometimes heard but little understood. “Whole body movement” means that your whole body is in motion even when you use just your hand to strike so that your internal force is focused on this one strike, as in the pattern “Precious Duck Swims through Lotus” shown here. 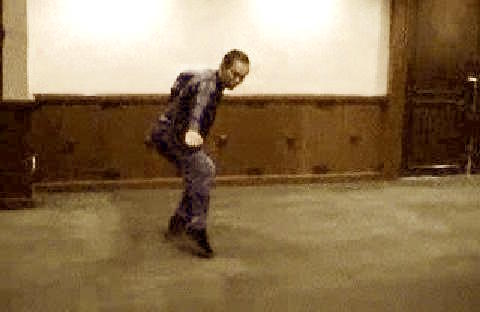 The point of contact with an opponent's attack is not your forearm but the edge of your palm. Your sweep may dislocate or fracture an opponent's arm as he completes his attack, employing the tactic “no defence direct counter”. 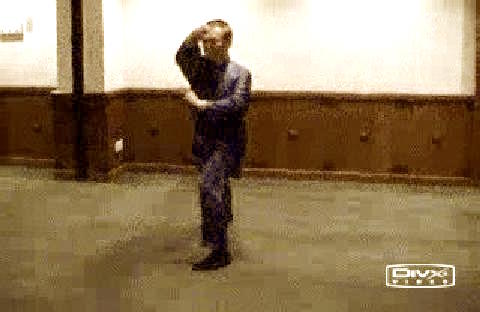 Hang a Golden Star at a Corner

In swinging a “horn-punch” your arm should act like a chain, and not a rod. The punch is swung beyond the target, usually an opponent's temple, but in practice with a sparring partner you should stop a few inches before target in case he may fail to defend. 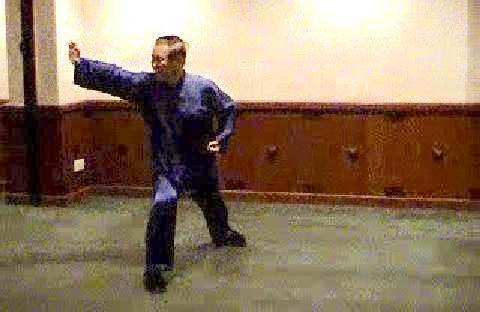 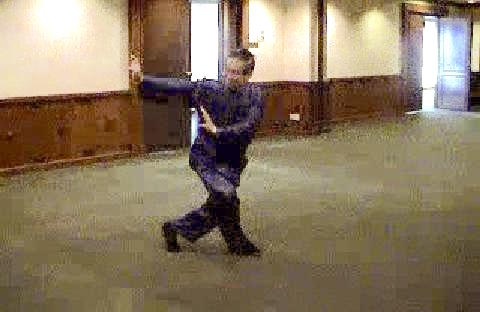 Composing your own Kungfu Set

You can now have some fun composing your own kungfu set. You may perform various patterns moving about in different hand-orms and stances. You may, for a start, choose patterns from "Lohan Asks the Way". 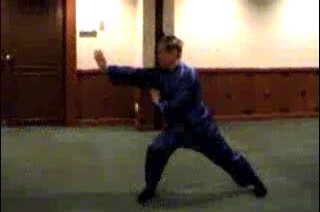 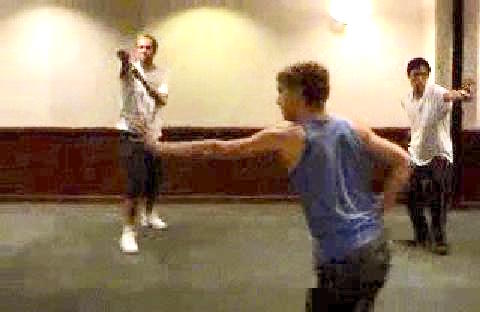 You need not use all the patterns or follow the same sequence. You may select just two or three patterns, and perform them in any order. 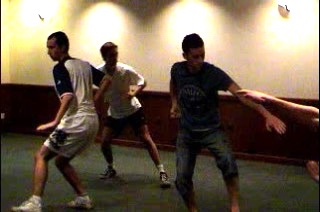 Participants have a lot of fun and benefit linking various patterns together and performing them in sequences. It is inspiring that their forms are picture-perfect and their movements fluid.