FROM RANDOM FIGHTING TO PATTERNS, AND FROM PATTERNS TO SEQUENCES AND SETS 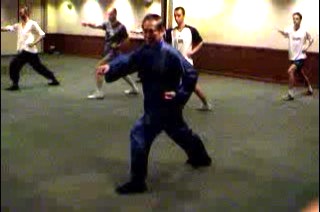 A common misconception is that first there were kungfu sets. Kungfu masters took patterns from the sets and found combat application for them. This was incorrect.

More significantly, the combat application came before the patterns. In other words, it was not true that kungfu masters first thought out the patterns, then found combat application for them. Take a pattern like “Single Tiger Emerges from Cave”. It was not true that some masters invented this pattern, then they or other masters discovered how to use this pattern for combat, like defending against a mid-level attack.

In reality it was the other way round. First there was combat. There were no patterns. When someone was attacked at mid-level, he would attempt to ward it off randomly or instinctively. He might, for example, lift up his arm horizontally to block while standing with feet apart in an ordinary manner.

Gradually those who fought frequently found out that such random movements had many disadvantages. For example, blocking with a horizontal arm might not stop a powerful attack penetrating through, and keeping the legs apart would expose their groin. These frequent fighter discovered that by adopting certain postures and moving their hands in certain manners, they could defend against a mid-level attack more effectively. This took a long time to evolve, but eventually these preferred ways were stylized into a pattern like “Single Tiger Emerges from Cave”.

Kungfu patterns and subsequently sequences and sets were born out of combat. But the evolution of kungfu has become so sophisticated that the original functions of patterns may not be discernable to many people today. Eventually most kungfu practitioners do not know the original combat function of the patterns they perform.

The video series here shows participants at the Intensive Shaolin Kungfu Course of October 2006 relive this aspect of kungfu development. Some abilities common to Shaolin Wahnam practitioners but puzzling to many other people, like being forceful yet relaxed, and being able to spar for more than an hour without panting for breaths, have their source shown in these videos.

Linking Patterns into a Sequence

The four attack and the four defend patterns are linked together to form a sequence. The underlying principle in the linkage is to perform an attack then its defence for middle, top, bottom and side strikes. One useful purpose is that by practicing just this sequence, you have learnt the techniques enabling you to handle all strikes! This is a very cost-effective way of learning. 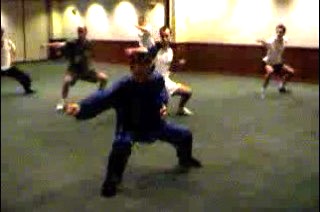 Linking Sequences to form a Set

The sequence of eight patterns is repeated using the other left-right mode. Then we turn around and repeat these two sequences again. Hence, the sequence is performed four times, and the sequence code is right-left-left-right. These four sequences form a set, which we call “Lohan Asks the Way”. 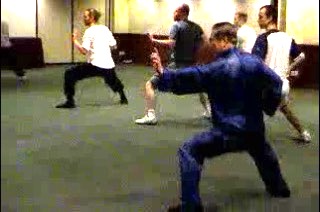 This set, “Lohan Asks the Way”, is composed of four sequences, which in turn is composed of the basic patterns for striking and their defence. Some patterns are added to facilitate transition. The set is performed here pattern by pattern. 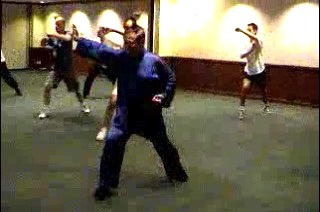 The participants have experienced how sets came into being. First, people fought randomly. Then those effective ways of fighting were formalized into patterns. The patterns were linked together to form sequences, and then sequences were linked together to form sets. A kungfu set, therefore, is a condensation of effective ways of fighting. 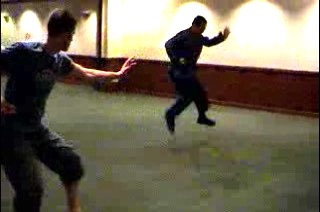 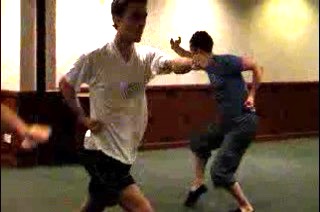 A Set to Handle All Strikes

This video clip shows participants practicing “Lohan Asks the Way”. This is the basic set to practice patterns for handling all kinds of strikes! 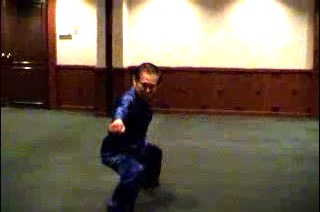 The secrets of breath control in performing the set is explained. We can perform the set pattern by pattern, with one breath per pattern. Here one breath is used to perform a series of patterns. 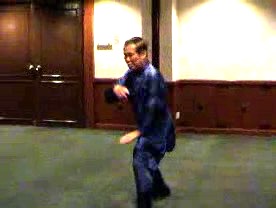 Fast and Forceful but Not Out of Breath

The set comprising four sequences can be performed in four breaths instead of thirty six breaths pattern by pattern. In this way, the whole set can be performed fast and forcefully, yet the participants will not be out of breath or tired.

From Random fighting to Patterns, then to Sequences and Sets from Wong Kiew Kit on Vimeo.