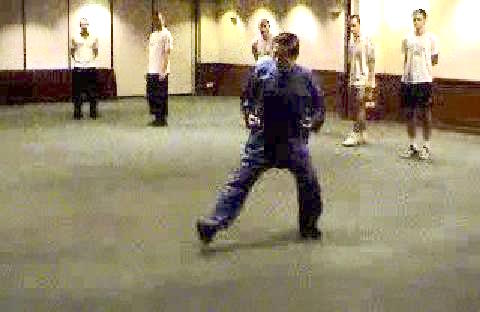 Having learnt the mechanics of movement, like differentiating yin-yang, starting from the back leg, and rotating from the waist, you can move to various directions, formalized into north, south, east, west, north-east, north-west, south-east and south-west.

Just to move into one particular direction, there are many different ways to do so which can give you certain advantages. Reversely, if you do not understand these principles and move randomly, you may place yourself in disadvantageous positions without your opponents doing anything.

You will have a systematic understanding of the various ways of movement if you analyze the various movements into the following factors. 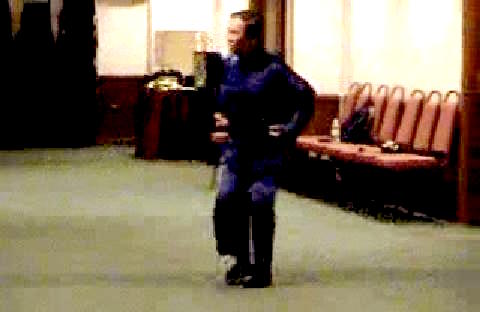 Of course you can reduce extraneous movements in roll steps too. If you take away the starting and the ending steps, and just roll along, you may gallop like a horse. 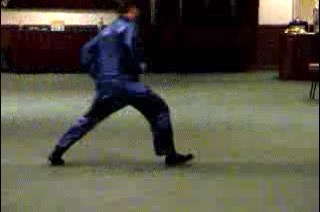 By various combinations of stepping and rolling forward, you can have a variety of forward movements to meet particular situations. Many students are not aware of creating technical advantages by choosing a preferred leg-mode. 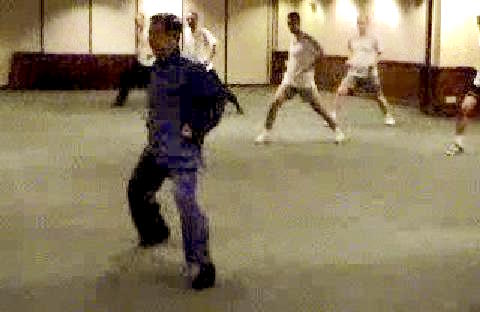 Stepping to the Left 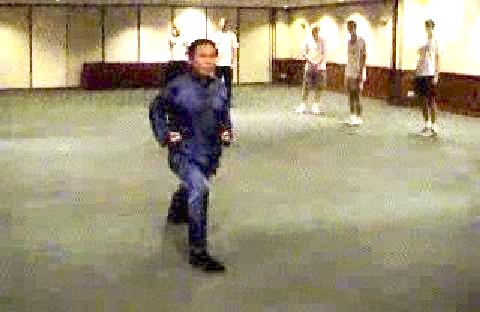 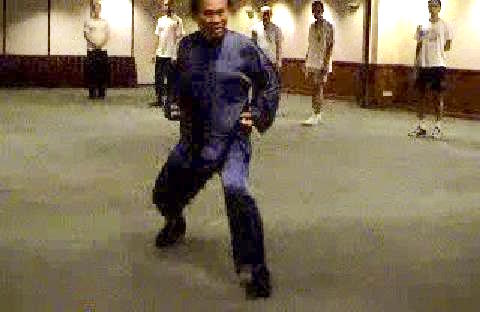 You can also gain certain technical advantages by moving into your opponent in a yin approach or a yang approach. There is also the central approach (to be shown in the next video clip). These different approaches apply to both stepping or rolling forward or backward. 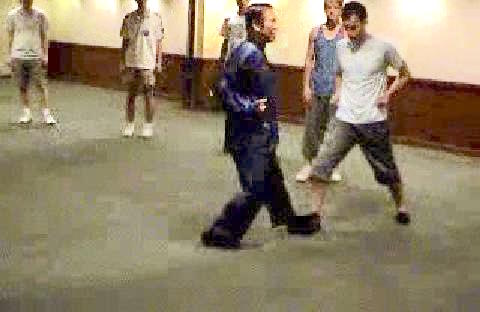 Moving in with Advantages

There are some differences and their resultant advantages in using the yin, yang and central approaches when moving into an opponent.

Turning in Clockwise or Anti-Clockwise Directions 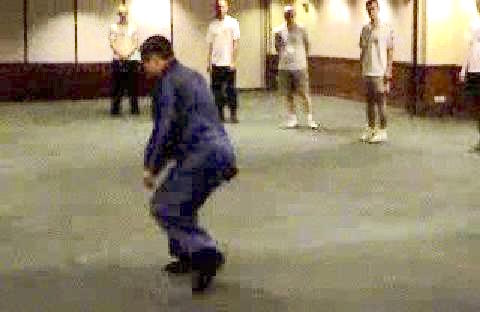 Yin, Yang and Central Approaches in Moving Back

You can use the yin, yang and central approaches in moving back. These different ways of movement may not matter in low level fighting, but in high level fighting a technical advantage gained in such movements may make a big difference. 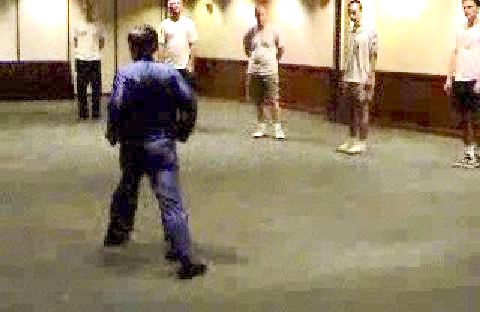 Moving to the Right Side

Here are a few ways of moving to the right side. The clockwise or anti-clockwise turning of the body and the moving leg is usually the same, but sometimes it may be different. The moving mode is right-left. Do you know how to move right-right? 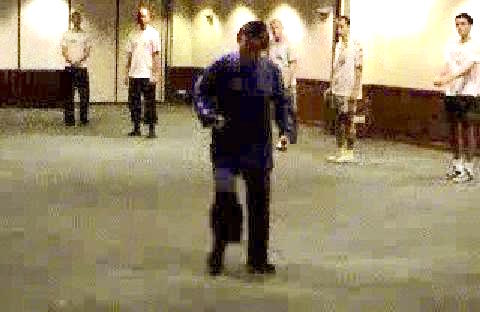 Different Ways of Moving to the Same Direction

By choosing different aspects of movement, like left or right mode, step or roll forward, yin or yang approach, clockwise or anti-clockwise turning, you can move to the same direction in different ways. When you have learnt them well, your movements should be fast and spontaneous. 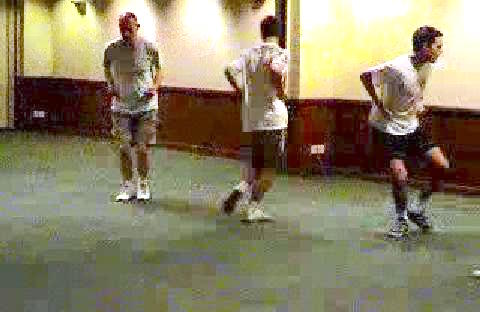 Why make complex movements when you can turn to the same direction in a simple move requiring less time and effort? There are situations when complex movements are preferred, like when you wish to twist your opponent's limbs with your turning momentum. 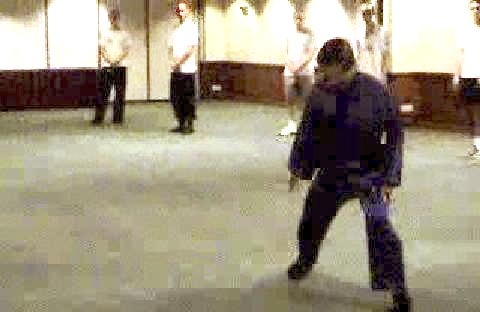 Front Point and Back Point Reference

Here is another aspect of movement. You can move to your left, or any direction, using your front leg or your back leg as the point of reference. 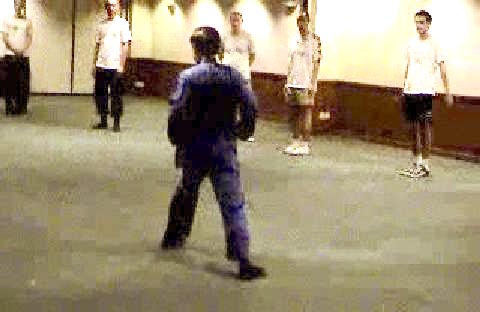 You can also use a mid-point reference. By varying the factors of movement, you can move to various directions in different ways to gain certain advantages.