SOME SECRETS IN PRACTICING GENUINE KUNGFU 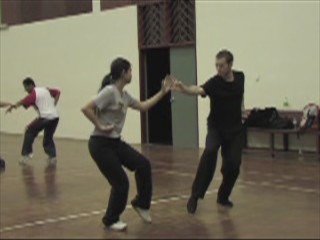 Bernadette is sparring with Sifu Jamie, and enjoying the experience. Their sparring reveals many principles, like being relaxed, letting chi flow smoothly and attaining six harmonies, which we regard as basics but which are open secrets that may help many others attain benefits practicing genuine kungfu would give, like being free from pain and illness and maintaining mental clarity even in demanding situations.

If you practice genuine kungfu, amongst many other benefits, you should be free from pain and illness, and have mental clarity even in demanding situations. But, instead, many kungfu practitioners today suffer from internal injuries, and are stressful and angry even at ordinary times. Why is this so? Why are so many kungfu or wushu practitioners today not healthy physically and emotionally, when practicing their art is supposed to make them so? One important reason is that they miss the secrets that enable them to gain these benefits.

Our school is noted for sharing secrets openly with the public. This has raised a few legitimate questions.

Kungfu masters were well known in the past for keeping secrets. Their students had to learn for many years before some secrets were revealed to them. Why are we so open with our secrets?

Many people are hostile to us. They accuse us for being boastful, for thinking we are the only school that practices genuine kungfu and genuine chi kung, and all others are bogus. They do not believe in chi or internal force, or that kungfu can be used for fighting. Why should we share our secrets with them?

By being so generous with our secrets, will others use them against us?

We shall address these three questions briefly here.

Conditions in the past were different. Now we almost never have life-death combat. So, one of the main reasons for keeping secrets is no longer valid. On the other hand, both kungfu and chi kung have been debased so badly that there is a real risk of their being lost forever to posterity. If we want to prevent this happening, we just have to share some secrets.

Of course their accusations are not true. We are not boastful; we are just being courageous enough to state the truth. We also never claim we are the only ones who practice genuine kungfu and genuine chi kung. We have acknowledged that there are other genuine masters and genuine schools but they are rare when compared to the debased ones. They are also not as open as we do in sharing secrets.

We need not be worried that others may use our own secrets against ourselves. Our open secrets are actually quite elementary. These were known by all kungfu and chi kung practitioners in the past, such as being relaxed and using proper stances, but the arts have been so debased that today most practitioners do not believe in them or they are even unaware of these principles.

Although they are elementary, they are very important. If you neglect them you will miss the essence of kungfu or chi kung. On the other hand, for those who have been practicing kungfu or chi kung for many years but not deriving the benefits these arts are purported to give, if they only follow these elementary secrets, they will find their result enhanced.

The video clips below record some of these elementary secrets taught in the Sabah Intensive Shaolin Kungfu Course of March 2007. 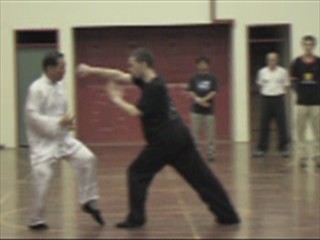 Grandmaster Wong shares a secret with the participants. It does not matter whether the attack is at the top, middle, bottom or sides. As long as you move back into a False-Leg Stance you will avoid the strike. Then you respond accordingly, i.e. if it is a top attack you thread, a middle attack you lean, a low attack you sweep and a side attack you intercept. If you were slow or made a wrong judgment, it doesn't matter, just let the attack pass!

Moving Back or Moving Forward 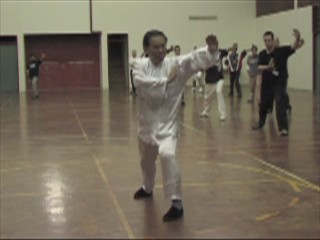 If it is a side attack, you may choose to move further back with your back leg, or move half a step back and half a step forward with your front leg. Both modes have their advantages and disadvantages.

A special feature in Shaolin Wahnam is that participants may be of vastly different levels yet they all benefit from the same course according to their levels and needs. For example, in this video Bernadette is a beginner and her sparring partner, Sifu Jamie, is a master. Is Sifu Jamie wasting his time practicing with someone much below his level? Of course, it is not. Both benefit and enjoy much from the practice. 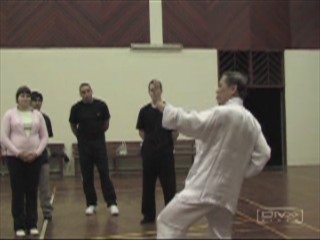 Picture-perfect forms are important in our attack and defence movements. By performing the forms perfectly we derive the best advantages these forms provide in the given combat situations. To maintain picture-perfect forms, every movement in our performance, as well as in real life, should be a masterpiece.

Can you find the Secrets? 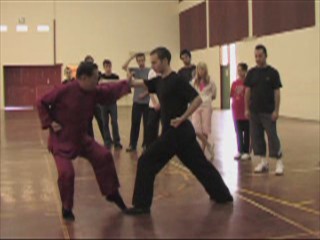 In this short video clip Grandmaster Wong reveals three secrets. Two of them are “open secrets”, which are shared openly with the public, and one is an “exclusive secret”, exclusive only to Shaolin Wahnam members. But can you see the secrets? They are hidden in the open. If you know them, they are actually glaring you in your face! 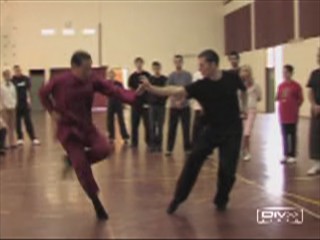 Instead of attacking with a “Black Tiger” three times separately, you can attack continuously, linking the three “Black Tiger” patterns into a continuous sequence. There are certain advantages you can get by attacking in a sequence instead of individual patterns. Can you remember what they are? The exclusive secret mentioned in the previous video clip is also clearly shown here, hidden in the open. Have you found it? 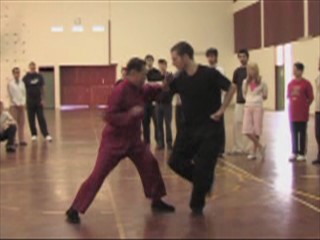