OVERWHELMING OPPONENTS WITH JUST ONE PATTERN 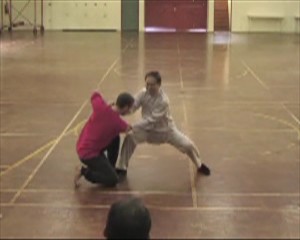 Useing just one pattern to overwhelm an Opponent

It is also interesting to note that many people think the pattern “Double Dragon Plays with Water” is only decorative without concrete combat functions. It is amazing that there are so many applications with it — and all without pre-arrangement. All the examples illustrate answers to questions asked on the spot. 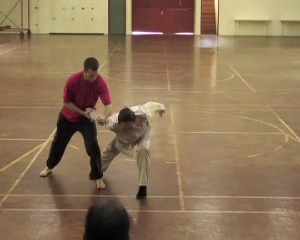 What would you do if an opponent presses hard at your elbow to dislocate or break it? You can neutralize his attack by using “Double Dragons Play with Pearl”, followed with a “Low Stance Vertical Punch”. Remember to cover your opponent in your counter-attack.

Felling an Opponent with Double Dragons

Your opponent attacks you with an elbow-strike, throwing you off balance. But you stabilize your stance and fell your opponent instead using “Double Dragons Play with Pearl”.

Many Applications of Seemingly Decorative Pattern 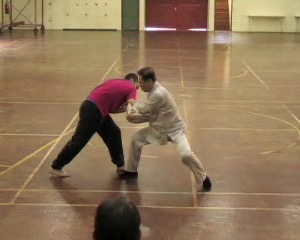 Here are more applications of “Double Dragons Play with Pearl”. You may use the pattern to lock your opponent's hands, or to break his arm. It is indeed amazing that a pattern many people think is only decorative can have so many applications. All the movements here and elsewhere in this series are impromptu. 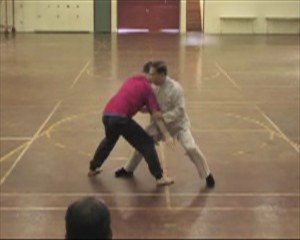 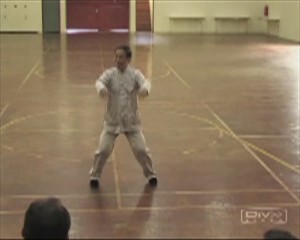 “Lifting Water” is a very important pattern in Taijiquan, though many practitioners many not realize it. It is so important that it is usually practiced right at the start of many Taijiquan sets. Besides developing internal force, it is used to release a double hand grip as shown in this video. 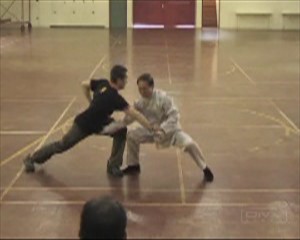 A skillful practitioner can use the same pattern irrespective of what the opponent does. An example is given here with the pattern “White Monkey Presents Fruit”, which is found in Wahnam Taijiquan. 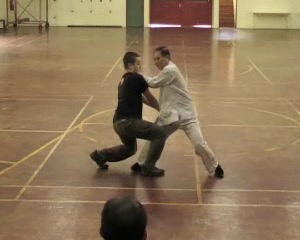 You can use “White Monkey Presents Fruit” in conjunction with “Double Dragons Play with Water”. Irrespective of what your opponent does, you can use these two patterns against him. You can use just one hand to grip your opponent's two hands! 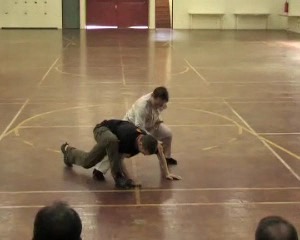 Even when your opponent has gripped you, with your two arms immobilized within the grip, you may still apply “Double Dragons Plays with Pearl” and “White Monkey Presents Fruit” to neutralize and counter-attack. It is not just the techniques that are instrumental in the effective counter, good stances and internal force are required.

The Escape is Almost Comical! 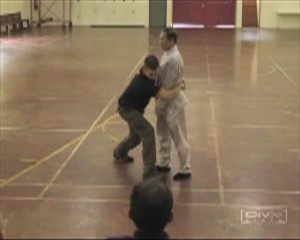 Physical struggle and feet stomping would not enable you to be released from a powerful round-body hold. But you can get out of the hold without effort — it is almost comical. A good stance is obvious.

Overwhelming the Opponent with just One Pattern 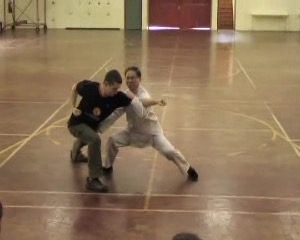 This is a continuation of the previous video clip. You lock the opponent's arm when attacking him. Whatever your opponent tries to escape or counter, you can overwhelm him using just one pattern, “White Monkey Presents Fruit”.