VARIOUS WAYS TO MOVE INTO AN OPPONENT 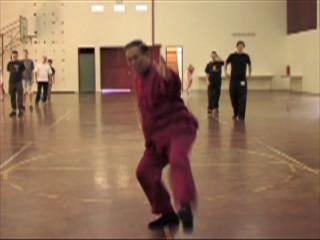 Moving into an opponent effectively requires suitable techniques and appropriate skills. More importantly, you have to ensure you are safe from his counter-attacks.

If all things were equal, the responder has an advantage over the initiator in an encounter. In the process of your attack, as you move in and before you have stabilized yourself is the moment when you are vulnerable to an opponent's counter-attack. For example, as your front foot reaches the ground and you are about to thrust out a punch, if your opponent's snake palm is coming at your eyes or throat, or his kick coming at your ribs, it is not easy to defend against his surprised counters if you are not prepared and trained to do so.

Reversely, if an opponent rushes in to attack you, it is relatively easy for you to strike him in surprise, especially if he is not trained in the principle of “safety first” and thus exposes himself carelessly. Please see Surprise your Attacker with a Counter-Attack.

The Importance of Footwork 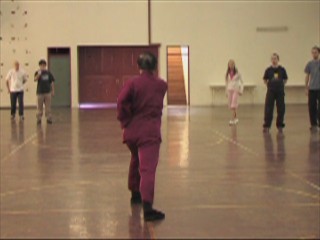 A common mistake some students make especially in Combat Sequences 1 to 4 is not to move their front leg sufficiently from Bow-Arrow to False-Leg or vice versa. Hence the tactics of “shallow” and “shoot” is not effective. It is also important to rotate the waist.

Moving into Attack with Correct Spacing 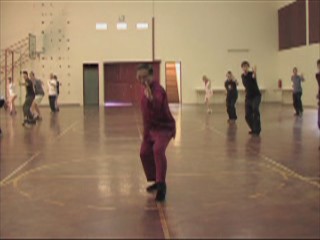 Here are moving one step and moving one and a half steps to attack. Asking the way is essential. It is one of the secrets that ensure “safety first”. “Black Tiger” is executed by rotating the waist with internal force issuing from the dan tian and exploding in the punch. This is another secret, and it concerns internal force. 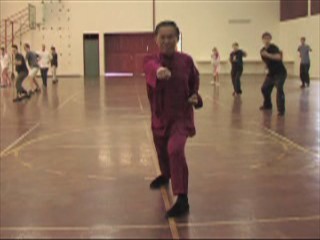 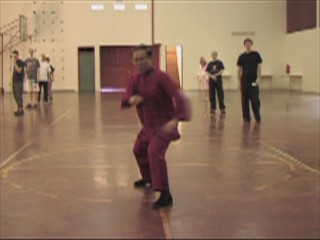 Here is the “Shoot Step”, or “Phiew Pou” (Cantonese) in Chinese, in your opponent is far away. It involves three different stances, namely False-Leg, Unicorn and Bow-Arrow, but is performed in one smooth movement.

Shoot and Roll in Four-Step Attack 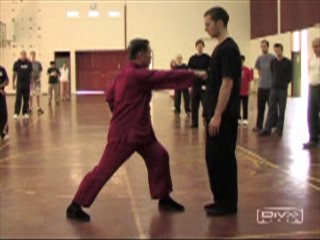 Grandmaster Wong illustrates various ways of moving in to attack depending on how far away your opponent is. If he is four steps away, you could use a three-step shoot plus a roll-step. These two movements — shoot and roll — should be performed as one smooth movement. Notice that the movement is from left-leg mode to left-leg mode.