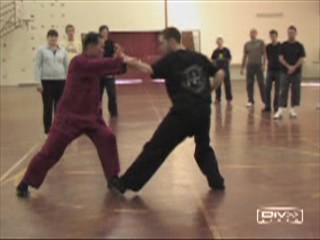 Why do many kungfu practitioners who can perform beautiful kungfu patterns in solo abandon their kungfu for free-style fighting, Kick-Boxing or other martial techniques when they spar?

For example, when an opponent throws them a punch, irrespective of whether it is a typical kungfu punch or a clumsy punch from an untrained person, the kungfu practitioners start thinking what kungfu techniques they could use against the punch. If they are lucky to ward off the punch with some kungfu techniques, their opponent now throws them a kick.

They then start thinking of what kungfu techniques to use next. And before they realize what has happened, a torrent of punches and kicks would rain on them. In frustration they would throw away their kungfu forms and fight randomly like their opponent. They would find using kungfu forms a burden, whereas fighting randomly would be more effective.

Let us take an analogy. If you compare walking to riding a bicycle, riding a bicycle is faster But if you do not know how to ride a bicycle, the bicycle becomes a liability rather than an asset, in which case you would be faster by throwing away your bicycle and walk instead.

It is the same with kungfu. But kungfu is not merely a bicycle, it is a car. A skillful person by walking or running can still be faster than someone riding a bicycle, but he will never be faster than a car. Just like a car can give you many other benefits besides enabling you to reach your destination faster, practicing kungfu can also give you many other benefits besides making you more combat efficient.

The video series below follows from the previous one. It shows you how you can link combat sequences together to enable you to be more effective in sparring or actual fighting.

Continuing from a Combat Sequence 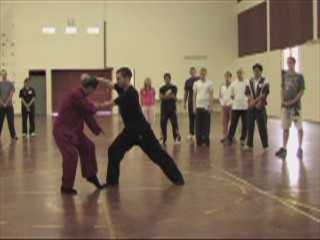 In our sparring methodology, after an initiator has completed a sequence, he or the responder may continue with another sequence. Here the responder makes the continuation, he uses the same sequence, Sequence 4, the initiator uses. Notice the combat skills involved in the encounter. 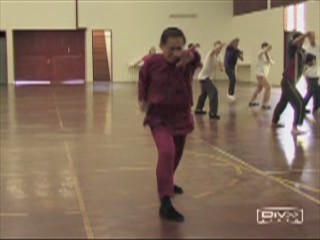 Have Fun rather than Injuries in Sparring 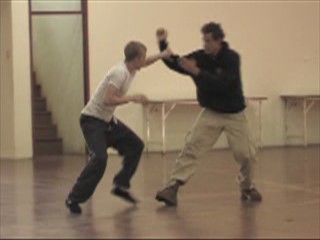 To have some variety, here Nick and George engage in some free sparring where they need not follow any combat sequences. Notice that they use stances and kungfu patterns, and not bouncing about or free-style fighting. More significantly they do not hurt each other, and both have much fun.

Footwork in Continuing a Sequence 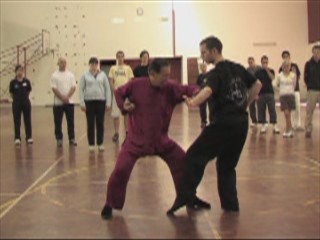 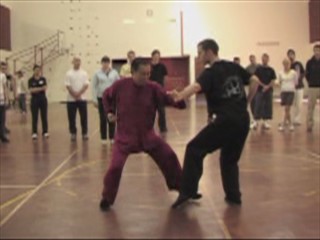 Continuing a Sequence by Responder 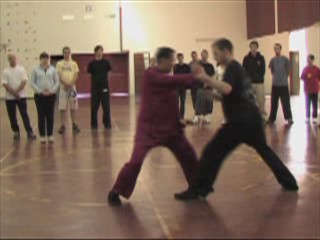 Earlier it was the initiator who continued from a combat sequence. Here the responder, instead of the initiator, continues with a second sequence after the first sequence. 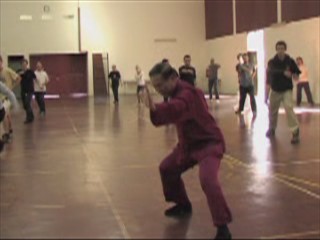 The transitional footwork is used to link the end of one sequence (which ends with a left Bow-Arrow Stance) with the start of the next sequence (which also starts with the left Bow-Arrow Stance). This applies in the case of a responder completing any one of the Sequences 1 to 4, and continuing with any one of the Sequences 1 to 4. It is important to cover the opponent before continuing with the next sequence.

The Continuation Stage in our Sparring Methodology 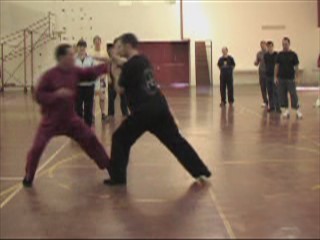 There are various steps in our sparring methodology. In our combat sequence training, we start with “pre-choice”, then move to “self-choice”. Then we move to “continuation” where an initiator or a responder may continue with a new sequence after the first sequence is over. Correct footwork is required for smooth continuation.

Opening or Closing an Opponent's Hand

It is important to ask the way so as to prevent the opponent counter-striking when you continue with the second sequence. You may "open" or "close" the opponent's hand while asking the way. 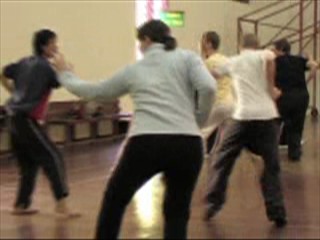 Participants practice the continuation stage in our sparring methodology, where an initiator or a responder continues with a second combat sequence after the first combat sequence is completed. This is a good way to develop combat skills like fluid movements and spontaneous response, besides the basic skills of correct spacing and correct timing. Most significantly, they can use kungfu forms in their sparring.

Overcoming a Major Problem of Many Martial Artists 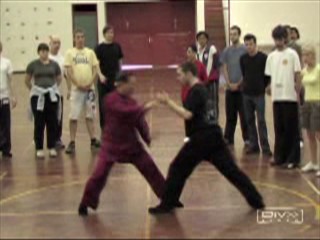 In our sparring methodology, we call this method “continuation”. By following this method, you overcome a major problem faced by many martial artists while sparring or fighting, i.e. they do not know what move to use next after each move.

Changing Leg-Mode in Continuing another Sequence 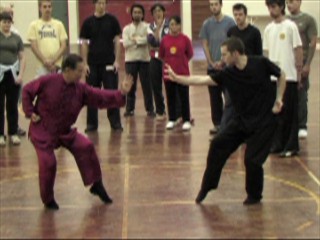 Sparring within a Framework of Conditions 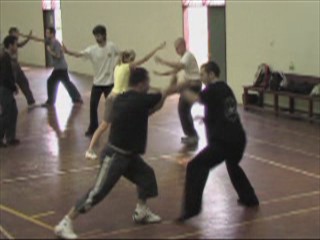 By employing this method of continuation, participants are able to use kungfu forms for sparring. Within a framework of conditions, participants have some choice. They can start with any one of Sequences 1 to 4, and either one can continue with any one of the four sequences. A hallmark is that no one is hurt and they enjoy themselves.