REVEALING SECRETS OF PAST TAIJIQUAN MASTERS 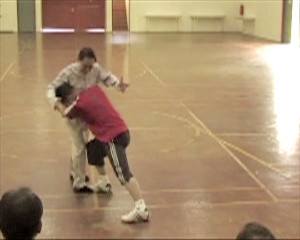 A Taijiquan technique against the Shoot

Among the participants of the Sabah Intensive Chi Kung Course and the Sabah Instensive Shaolin Kungfu Course are some who practice Taijiquan. They make use of question-time to ask Grandmaster Wong intriguing questions that have puzzled them.

Grandmaster Wong's answers amaze them, revealing secrets of past masters. Before this the practitioners could only perform Taijiquan as external forms, but within fifteen minutes Grandmaster Wong teaches them how to transfer their newly learnt chi kung skllls into their Taijiquan forms to generate energy flow and develop internal force!

Thousands of Taijiquan practitioners have practiced “Single Whip” with an open palm in one hand and a hook in the other. But what is the hook for? Not many people know. When performing the “li” or “press forward” technique, known as “Push Boat According to Flow” in Wahnam Taijiquan, the left palm is placed at the right wrist. Why is this so? And what is meant by striking with the back leg? You will find answers in this video series. 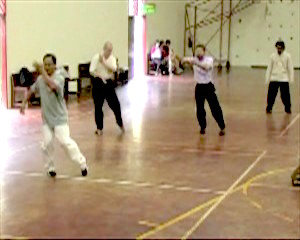 Participants who have learnt Taijiquan elsewhere perform their Taijiquan movements the way they used to practice. Some Shaolin Kungfu practitioners also join in the fun, performing Shaolin movements slowly like Taijiquan. 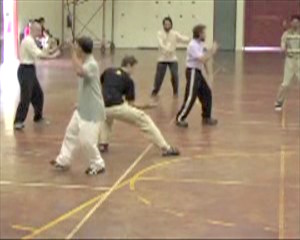 The participants perform the same movements but this time in a chi kung state of mind. They just enjoy the movements, without thinking of anything, without worrying about their breathing, and without worrying whether their forms. At the end of the performance they can feel some internal force.

The Secret of the Hook in Single Whip 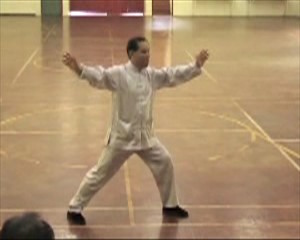 Thousands of Taijiquan practitioners have performed “Single Whip”, but not many know why one hand is held in a hook. Here is the secret. It is to consolidate internal force so that it will be exploded out in the other hand. Why is the other hand not held in a fist. It would then tense up the muscles hindering smooth chi flow.

Hook Hand Applied as a Grip 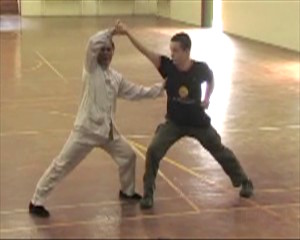 The hook hand in “Single Whip” can also be used to grip an opponent's wrist while striking him with the other palm. It is necessary to lift up the opponent's hand so as to prevent him from striking back.

Holding an Opponent while Attacking Another 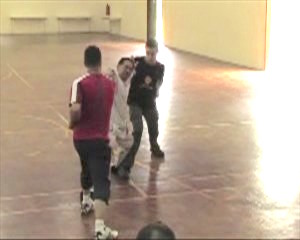 The hook hand is used to hold on to an opponent and keep him at bay while attacking another opponent so that the first opponent could not attack you from behind. It is amazing the hook hand in “Single Whip” is so useful but very few people know about it. 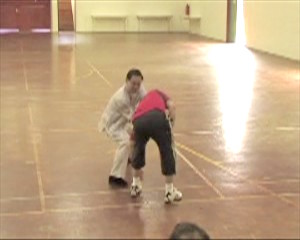 Here are two applications for “Double Dragons Play with Pearl”. When an opponent is about to grasp you as in a shoot, you can dislocate his neck. This is a deadly attack. Another application is to release his holds on your both arms, and hold him or strike him instead.

Why is the Left Palm at the Right Wrist? 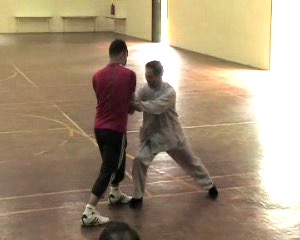 When performing “Push Boat According to Flow”, one places his left palm at his right wrist. Thousands of Taijiquan practitioners are doing this, but very few know why. The left hand is used to “tame” an opponent's hands while striking him. 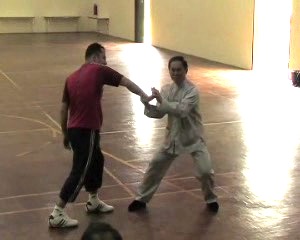 Here is another combat function of the left palm on the right wrist in the pattern “Push Boat According to Flow”. It is a qin-na or gripping technique, which can be used to dislocate an opponent's wrist.

Felling an Opponent with the Sinking Technique 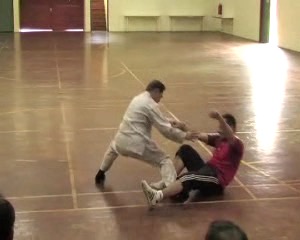 The “sinking” technique can also be used when an opponent has successfully grasped your legs, or holds you with your arms trapped in between his arms. When an opponent has fallen, it is important to position your legs so that he may not kick at your groin.

Shoulder Strike from the Back Foot 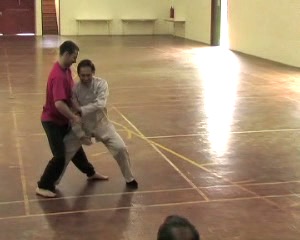 Tricking an Opponent to Attack 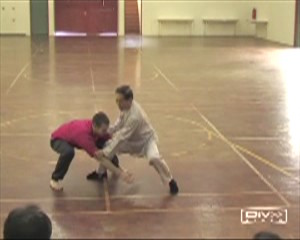 When you apply a shoulder strike, your upper body is exposed. You may use this as a trap. If an opponent attacks you, grip his arms and pull him down with the pattern “Black Bear Sinks Hips”.