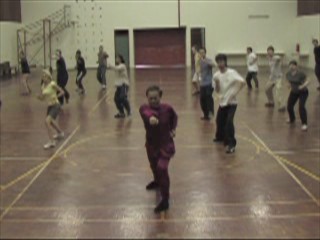 With appropriate breath control taught by Grandmaster Wong, participants perform a whole kungfu set with force and speed but without feeling rired or panting for breath!

For the sake of better understanding, kungfu may be classified into four aspects:

Due to various reasons, most kungfu practitioners today focus only on forms, neglecting the other aspects. In Shaolin Wahnam we pay attention to all the four aspects of kungfu.

Having spent some time on combat application in the previous video series, this series focuses on attaining picture-perfect forms and developing various kinds of force or skills. Kungfu philosophy is found in every series.

The Importance of Picture-Perfect Forms 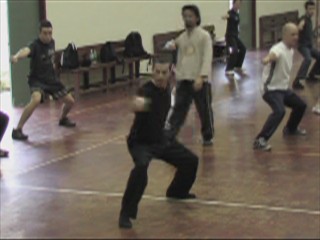 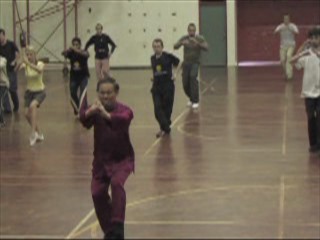 When the patterns are performed correctly, they are linked together to form sets. The four typical hand attack patterns and the four typical defences are now linked to form the set called “Lohan Asks the Way”. For convenience, this set formed from patterns is called a pattern-set, in contrast with a sequence-set which is formed from sequences.

How to Regulate the Breathing 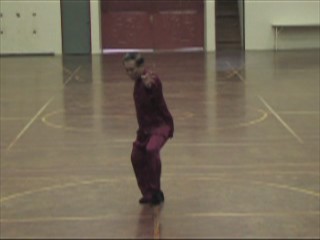 Having learnt to perform a set with picture-perfect forms, the next step is to regulate the breathing. First the forms are performed pattern by pattern, with one breath per pattern. Next a suitable number of patterns are linked to form a sequence, with one breath per sequence. You should not be panting at the end of the performance.

Completed in One Breath

Grandmaster Wong leads the class to perform just the first four patterns of the set in a sequence instead of pattern by pattern. This sequence of four patterns are performed in one breath, in an important kungfu tenet known as “yeit hei ho seng” in Cantonese or “yi qi ke cheng” in Mandarin, which means “completed in one breath”.

One Breath for One Sequence 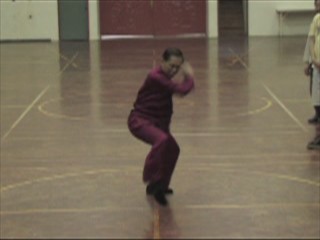 Now the number of patterns in a sequence is increased to eight or nine patterns. The sequence is still performed in one breath. All the eight or none patterns should be performed smoothly as if they were just one continuous pattern. Your performance is now faster, without being hasty. It is important that you must not be tired or panting after the performance. 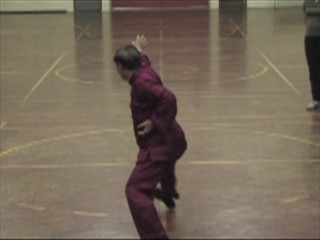 Effective Performance Without Feeling Tired or Out of Breath 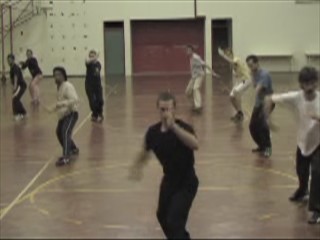 The class now performs the whole set using only four breaths. This skill of breath control is very useful in daily life. Amongst many other benefits, you can now perform physical and mental tasks effectively without feeling tired or out of breath. This skill enables our students to spar for a few hours without panting. 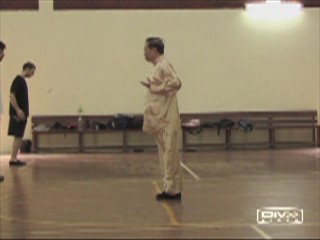 Another skill which enables you to be efficient not only in your kungfu performance but also in your daily life is called “Lifting Sun and Moon”, as shown in this video. Performed correctly it enables your chi to flow as well as increase your chi volume. This is such an important exercise that it is normally found at the beginning of every kungfu set. 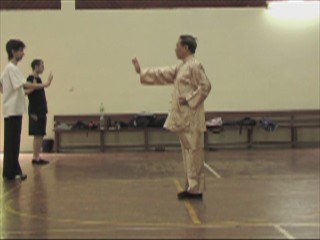 “One Finger Shooting Zen” is considered a treasure of Shaolin Wahnam. The uninitiated may not find anything special in this exercise, but the initiated can derive tremendous benefits from it. It generates energy flow, develops internal force, attains mental clarity and accomplishes spiritual expansion. Here the participants perform “One Finger Shooting Zen” in the standing upright position. When they are advanced, they perform it at the Horse-Riding Stance. 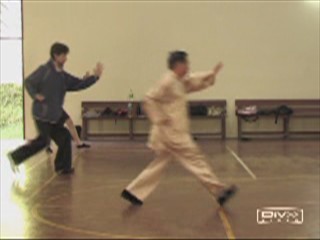 Sequence 5 is performed pattern by pattern. This Sequence is called “Fierce Tiger Speeds Through Valley”. It introduces “Continuous Cannons” in pressing attacks. 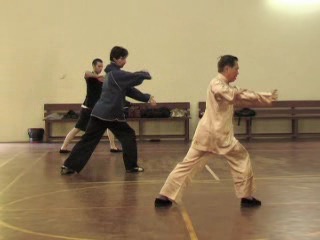