THE LEGACY OF UNCLE RIGHTEOUSNESS -- OVERVIEW 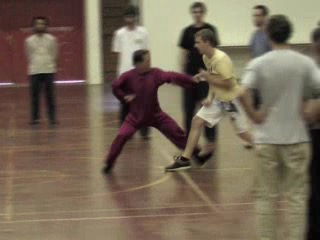 Thirteen Shaolin monks helped the first Tang Emperor to establish his empire. During the imperial celebration, the Emperor invited the leader of the monks, Yuan Zhoong, to give a demonstration of Shaolin Kungfu. Yuan Zhoong performed a Shaolin set called “Cannon Fist”. The hallmark of this set was “lian zhu bao” or “continuous cannons”.

“Continuous cannons” is an important tactic in our sparring methodology. It was first introduced in Combat Sequence 5, and is found in many of our combat sequences. Uncle Righteousness used it often in his fighting during his young days, but he did not teach it openly. It was taught secretly to his inner-chamber disciples.

Applying Continuous Cannons after an Opponent has Kicked 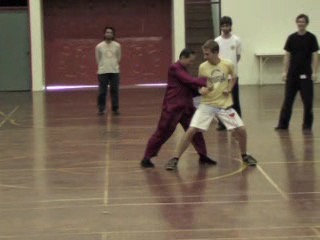 Pressing an Opponent with Continuous Strikes 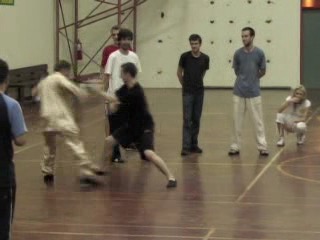 If your opponent is untrained, you can easily press in using "continuous cannons". But if you are pressed, how would you counter against it? 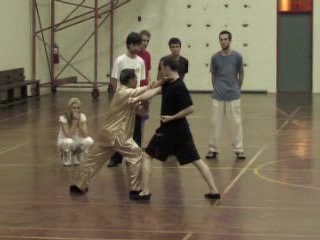 There are a few effective ways to counter a pressing attack. One way is found at the end of Combat Sequence 10 where you apply “Beauty Looks at Mirror” to intercept an opponent's “Poisonous Snake”. 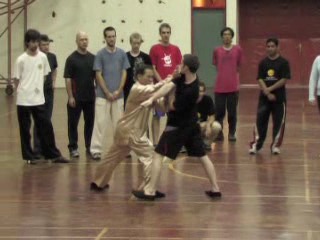 Not only you can stop your opponent's pressing attacks with your interception, you may counter-strike him as well. This may be applied at the end of a sequence, at the beginning or at any suitable point of time. An interception is not a block. You should use minimum force against maximum strength. Good body-movement is needed as an effective interception.

Interception as Tactic or Technique 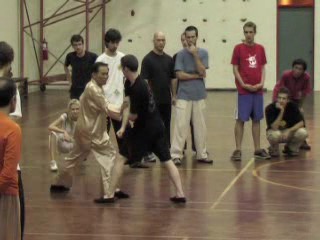 Depending on its function and our purpose, we may call interception a tactic or a technique. These terms are meant to facilitate, not enslave, us. There are different patterns to implement the tactic or technique of interception. A few examples are shown.

Revealing the Secrets of the Mirror Hand 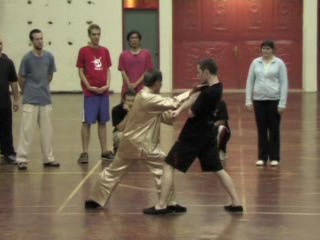 The “Mirror Hand”, which many people regard only as a defensive move, can be a deadly counter-strike. It can be used as a feint or distraction, striking an opponent below with a vertical fist, often with him not realizing where the attack comes from. The “Mirror Hnad” can also be changed into a Tiger Claw, which can be followed with a number of counter-strikes.

A Secret of the Tiger Claw 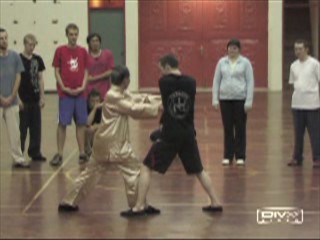 Here is a secret of the Tiger Claw where it is used to intercept an opponent's pressing attacks. You may also use a “Dragon Form” to “thread”, then change it into a Tiger Claw or Willow Leaf Palm to “tame” the opponent while conter-striking. 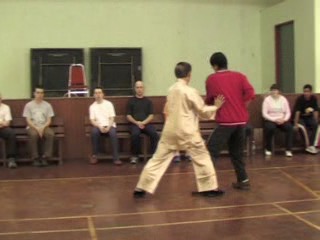 The tactic of “continuous cannons” used in Shaolin Kungfu can also be applied in Taijiquan. The Taijiquan practitioner, however, may use the palm instead of the fist.