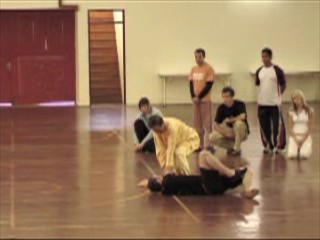 Both Gripping and Felling Attacks are found in this Pattern, "Lead Horse Back to Stable"

All attacks can be generalized into four categories:

When you throw an opponent backward using “Fell Tree with Roots”, for example, you also grip his one arm under your elbow as well as his other shoulder with your other hand to prevent him striking you. When you trip your opponent using “Lead Horse Back to Stable” shown below, you grip his leading arm at his elbow and wrist with your both hands.

As you neutralize an opponent's felling techniques, you also neutralize his grips. “Double Butterflies Flying Together” and “Hiding Flowers in the Sleeves” are two excellent patterns to counter grips as well as felling attacks.

The Beauty of the Butterfly Palms 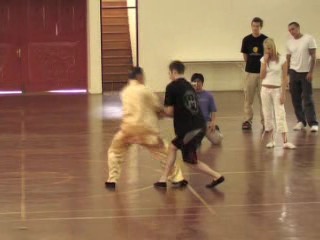 Perform Each Movement as a Masterpiece 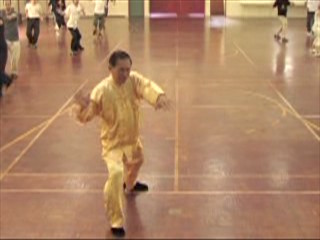 Here is the initiator's mode of Combat Sequence 13 which incorporates the backward felling technique pattern by pattern. Notice that each movement is performed as a masterpiece, not to please spectators but to enhance good health, vitality, longevity and combat efficiency. 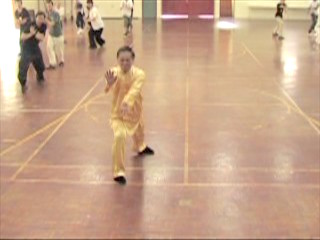 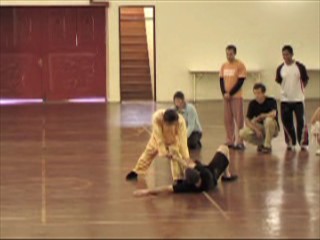 Tripping an Opponent to Fell Him

“Lead Horse Back to Stable” is demonstrated. “Qin-na” or gripping techniques are applied before felling your opponent. The felling technique here is tripping, i.e. placing your leg behind your opponent's leg to trip him to fall over. 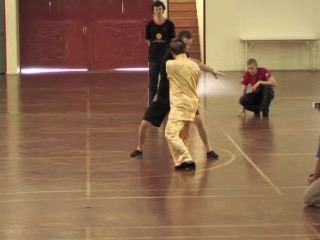 Here is a counter against a tripping technique using “Lead Horse Back to Stable”. As an opponent places his leg behind yours, step over his leg, release his grip on your arm and strike him with “Precious Duck Swims through Lotus”.

Hiding Flowers in the Sleeves 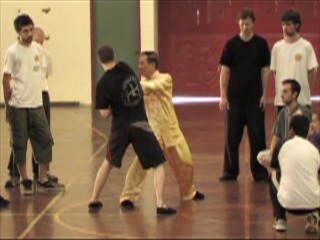 Two factors are involved in countering “Lead Horse Back to Stable” -- overcoming the felling technique and overcoming the grip on the arm. Following the momentum of the attack, you circulate your arm to release the grip, using the pattern called “Hiding Flowers in the Sleeves”. You cover the opponent's hands and strike the opponent's dan tian with a level fist or a cup fist.

Combat Sequence in One Smooth Flow 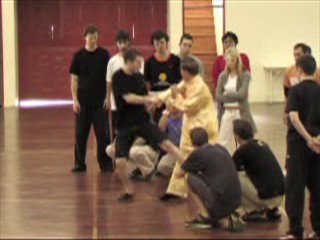 The various attacks and counters are now performed in one smooth flow, forming Combat Sequence 14. Indeed, when you are familiar with the individual patterns, the combat sequence should be performed smoothly and continuously as if the various patterns were one long pattern.