FROM PRE-CHOICE SEQUENCES TO FREE SPARRING 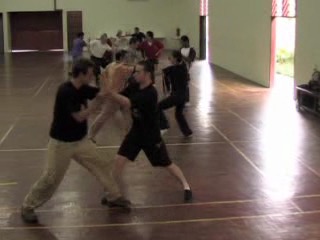 You have learnt the combat sequences well and can perform them smoothly. How are you going to use them in free sparring so that you use typical kungfu patterns in attack and defence correctly and spontaneously?

These are two main problems in free sparring most kungfu practitioners today face:

We in Shaolin Wahnam are very lucky to have a sparring methodology that can overcome these two problems. We have two main methods, namely the “Eight-Stage Approach” and “Subtraction and Addition”.

The "Eight-Stage Approach" consists of the following:

(Please note that our sparring methodology is constantly being improved upon. Hence, the number of stages and terms used may be slightly different at different periods.)

"Subtraction and Addition" naturally consists of

(Please note that "Subtraction and Addition" is a recent innovation. Early students may not have heard of this term though they used this method.)

Either "Eight-Stage Approach" or "Subtraction and Addition" can lead us to free sparring using kungfu forms correctly and spontaneously. But we use both methods.

This video series records some of these lessons. 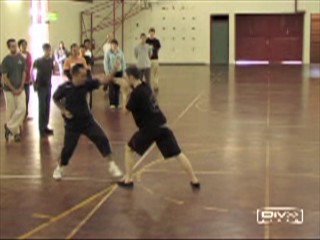 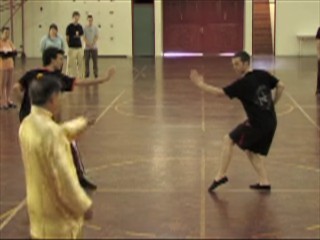 You can link Combat Sequences 5 to 8 into a continuous attack. Your opponent will be overwhelmed by the variety of techniques. 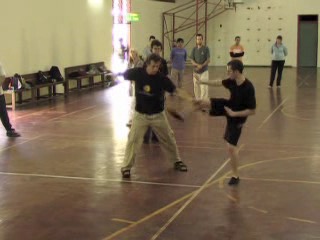 You can link Combat Sequences 9 to 12 together in a continuous attack. Please note that the video clips shows up to Sequence 11 only. These attacks focus on kicks. But unlike in Taekwondo, in kungfu the practitioner opens the ways for kicks with hand attacks.

Without Neglecting Form and Force in Slowing Down 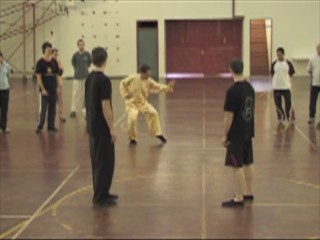 Participants often slow down for some specific purposes. Slowing down does not mean that the participants would neglect their form and force. 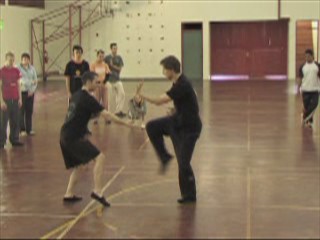 Ben links Combat Sequences 13 and 14 into a continuous flow. After Sequence 13 which ends with the right leg mode, how would Ben continue with Sequence 14 which starts with the left leg mode?

An Example of Subtraction and Addition 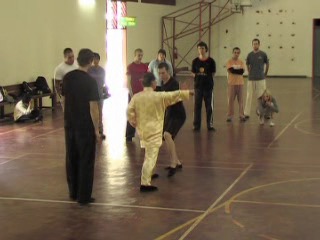 The Grandmaster is Almost Caught Off-Guard 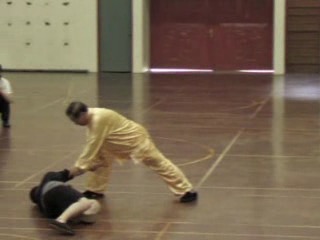 Grandmaster Wong pauses to explain some points but Sifu Jamie continues to attack. He almost catches Grandmaster Wong off-guard but due to his good training the grandmaster recovers himself and turns the table back on Sifu Jamie instead, winning impromptu loud applaud from the participants.