SOME EXAMPLES OF HIGH LEVEL COMBAT 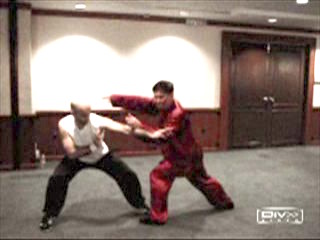 How would you raise the level of your combat efficiency? Four effective ways are shown in this video series:

For example, instead of first deflecting an opponent's attack with a Single Tiger, and then countering with a Black Tiger, you can complete these two movements in one using “Green Dragon Shoots Pearl”. Here, it is raising the level of both techniques and tactics. The skills in executing these techniques and tactics can also be raised.

Another way is to get behind your opponent to attack him. This requires agile and sophisticated footwork. 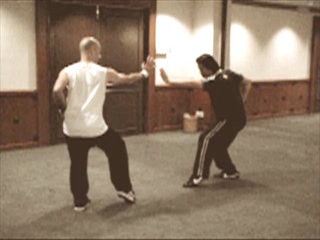 High Level in Techniques and Skills 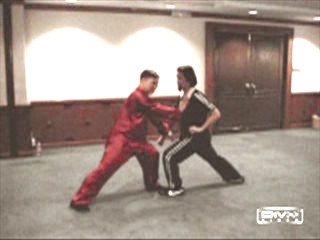 The tactic of “no defence direct counter” is used here. “Poisonous Snake Basking in Mist”, used in the response, is a high-level technique. Another high-level counter is “Golden Dragon Shoots Tongue”.

How to Get Behind an Attacker 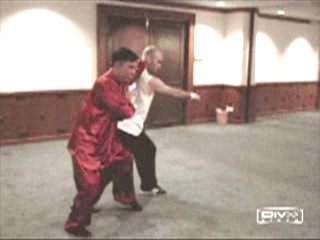 The Shaolin Pakua Set is noted for its excellent footwork. Grandmaster Wong often mentions that it was his good stances and footwork, more than his good techniques, that enabled him to win fights, including against multiple attackers, in his young days. How to get behind an attacker is also demonstrated. 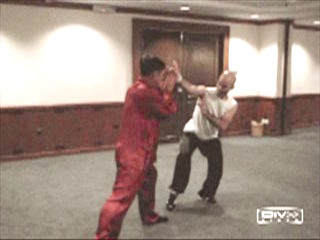 As an attack from behind comes from behind, you can turn around and “threads” away the attack. But there is a better counter, using “Reverse Hand Steals Peach”, taken from the Shaolin Pakua Set. A nother response with a variation is “Yellow Bird Plays with Water”, which is also another pattern from the Pakua Set. All these attacks and counters are impromptu.

Some Exmples of High Level Combat in Shaolin Kungfu from Wong Kiew Kit on Vimeo.