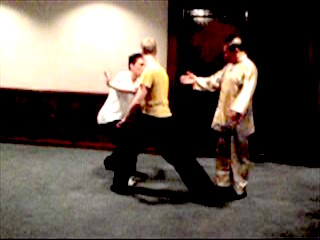 Having raised our levels of techniques and tactics, we can raise our skill level. The same technique or tactic performed at different skill levels can have vastly different results.

For example, by adjusting the angle we face our opponent or by the manner we tame our opponents' hands, we can make it difficult for them to attack and defend. By reducing big movements we can speed up our attack, and by purposely slowing down we can trick our opponents to respond the way we want.

Don't Push the Opponent Away 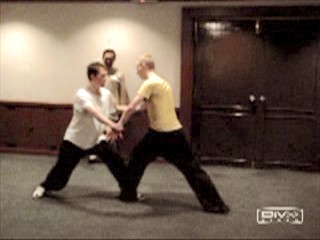 Having taken note of some possible variations, Adam now reverts back to his originally planned combat sequence where he responds to Peter's “Green Dragon Shoots Pearl” with “Swimming Dragon Plays with Water”. He should not push the opponent away as this will make the counter-attack ineffective, but glide along the opponent's arm.

Different Effect due to Skillful Footwork

Now Grandmaster Wong helps Peter to improve his skills. He advises Peter not to move too far back but to adjust his footwork. Notice the different level of skill in footwork makes a big difference in the effect of executing the same technique. 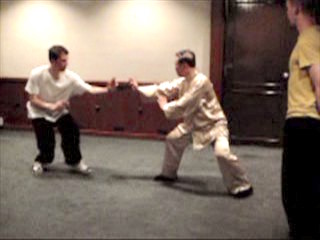 Peter responds to Adam's attack with “Green Dragon Shoots Pearl”. The technique is good, but the skill in implementing it is not. First, Grandmaster Wong shows how the technique should not be executed. Then he demonstrates executing the same technique with a higher level of skill. Can you see the subtle difference? If you can't, a clue is that in the first case it is easy for Adam to counter-strike, but in the second case it is difficult. 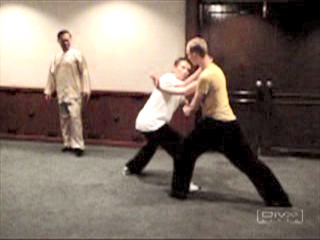 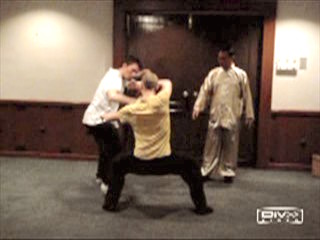 Two improvements on skills are made here. The first is “angling”, and the second better control of opponent's hand. By shifting his back leg slightly, Peter positions himself at a more effective angle against his opponent. Secondly, by pushing the opponent's hand further away, it is more difficult for him to counter. These two improvements make an obvious difference in combat efficiency. 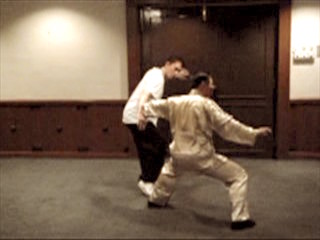 Another improvement in skills is made in the way to tame an opponent's hand. Many martial artists do not “tame” their opponent's hands when attacking, thus exposing themselves to dangerous counter-attacks. Their opponents do not exploit this situation simply because they do not know about it. We do not only “tame” our opponent's hands, but also seek to do so most effectively. 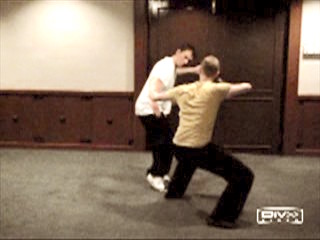 The effectiveness of taming the opponent's hand is evident in this video. For a moment Adam is unable to continue with his planned counter. He moves to the other side instead. Grandmaster Wong says that he still can carry on with his planned counter. By improving his skill, Adam succeeds in doing so. Do you know how he does so? But his spacing is too close, which results in certain disadvantages. 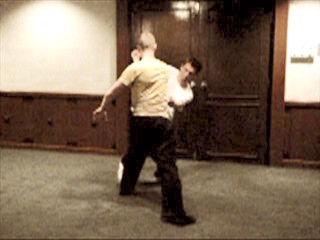 By improving his body position, Adam improves the effectiveness of his counter. Peter's response is extravagant. Here are two better counters, which are faster and flow more smoothly. The improvement here is on techniques which are executed in high level skills. Notice that in the first case, Adam is caught by surprise, and in the second case he is thrown off-balanced. 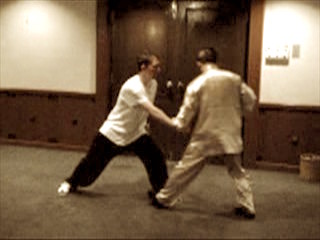 Here is how to improve the skill in performing “Green Dragon Shoots Pearl”. The striking arm should not be straight, otherwise it would lock the chi flow at the shoulder or elbow. The palm strike should move in an arc to facilitate chi flow, but the arc is not noticeable that others may think it is a straight line. 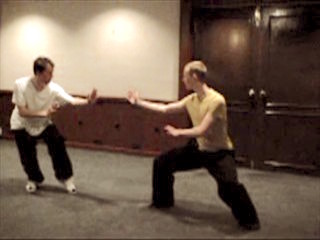 Adam and Peter now perform their combat sequence with improved skills and techniques. Of course by raising both the skill level and the technique level, combat efficiency is much enhanced. This is one of the main aims of the Special Shaolin Kungfu Course.