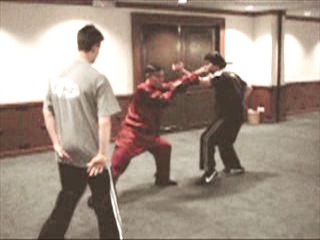 Grandmaster Wong illustrates how to refine one's techniques in combat

This short series show Dr Damian from Shaolin Wahnam Malaysia and a student (who has asked his name not to be mentioned) in the process of constructing and refining their first combat sequence derived from the Shaolin Five-Animal Set.

Building from the Basic Combat Sequences 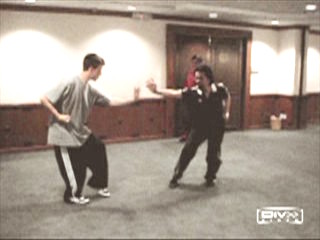 A student and Dr Damian work out a combat sequence from their specialized Five-Animal Set. It is obvious that the base of their workout is our four basic combat sequences. Instead of using a Single Tiger, the student uses a Mirror Hand to deflect Dr Damian's Black Tiger. And instead of using a Precious Duck he uses Golden Leopard Speeds through Jungle to attack Dr Damian., who counters with Golden Leopard Rushes at Rock. 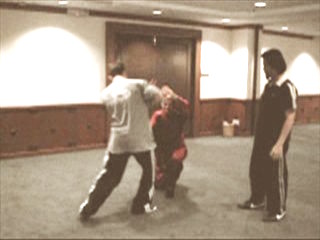 Using the Seven-Star Step, which is lower, is more effective than using the Unicorn Step when applying the pattern “Golden Leopard Watches Fire”. An excellent follow-up is “Rising Dragon Galloping Tiger”. 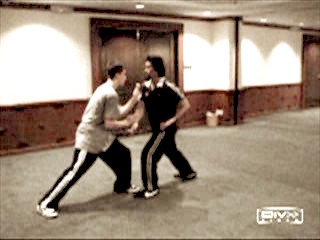 Dr Damian and the student go over the combat sequence that they have just refined. Someone watching it may not know that it is actually developed from the four basic combat sequences. This was one main way past masters developed their combat sequences which could be very effective in combat.

Refining Techniques in Combat in Shaolin Kungfu from Wong Kiew Kit on Vimeo.